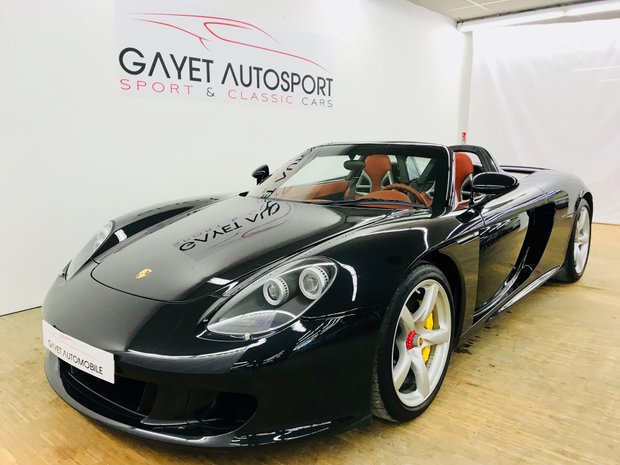 The Porsche Carrera GT is a mid-engined sports car from Porsche which was produced from 2004 until 2007. Originally a production of 1.500 units was planned. However, Porsche announced in August 2005 that they won’t continue to produce the GT. By the end of 2006 more than 1,270 units were  sold.
Porsche started developing a prototype that was supposed to drive the 24 Hours of Le Mans but they did not finish the project because they wanted to put more effort in developing the Porsche Cayenne. Porsche then decided to take the race car’s engine and chassis and build a small series production car. So with the Carrera GT, Porsche built an uncompromising road legal race car with a manual clutch, carbon brakes, a carbon clutch and a V10 engine that was made for racing. The GT accelerates from 0-100 km/h in 3.9 seconds with a top speed of 330 km/h.
The Carrera GT’s opponents are the Ferrari Enzo and Mercedes-Benz McLaren SLR.
JAMESEDITION
CATEGORIES
CATALOG
FOR BUSINESS
SETTINGS
Copyright © 2022 JamesEdition B.V.