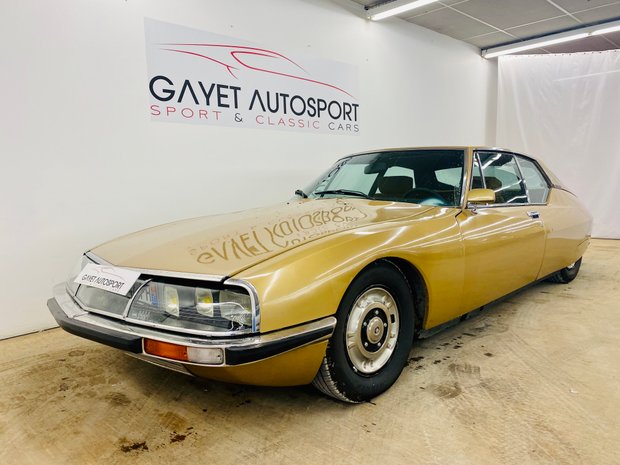 Citroen was founded in 1919 by French industrialist André-Gustave Citroën. It’s a major French car manufacturer that is well respected and popular around the world and is known for its futuristic design  and technological innovations. André-Gustave Citroën was a son of a rich diamond merchant from Netherlands that wanted his son to continue family business, but André-Gustave Citroën had different dreams and was determined to fulfil them. Inspired by the works of Jules Verne and the incredible technological feat of Gustave Eiffel, André decided to become an engineer after successfully graduating from Polytechnic University of Paris. For little amount of money he purchased the patent for gears with a fish - bone structure and started producing them in his first factory opened in 1905. This lead to the invention of double helical gears that was a big improvement in production of automobiles. Another breakthrough came in their first car - Type A. It was first European model that used an electric starter and headlights. Citroen was greatly influenced by Henry Ford and his strategy which he studied during his time spend in America. Type A was the first car and was supposed to be affordable, but there was another model that followed. Citroen produced a small number of 300 B2 Cuddy sports cars that were instant hit among car enthusiasts and t this day it’s a well known car that is  sought after by collectors.

Andre Citroen was not only great engineer but also understood the importance of good advertisement. To Citroen belongs a record in Guinness World Records for the world’s largest advertising sign that was displayed on Eiffel Tower.  He is also known as a father of modern marketing strategies -  test drives that are commodity now days were invented by the one and only Andre Citroen.

The brand is currently  associated mostly with affordable cars for general population. but it’s not the only face of this famous car manufacturer. Citroen has a successful history in motorsport - it’s the only automobile manufacturer to have won three different official  championships from the International Automobile Federation: the World Rally Raid Championship five times, the World Rally Championship eight times and the World Touring Car Championship. Frenchman Sebastian Loeb became the most successful driver in the history of the World Rallying Championship (WRC) with Citroën. He won a remarkable nine consecutive drivers’ titles between 2004 and 2012, driving three different rally cars – the Xsara WRC, C4 WRC, and DS3 WRC. Citroën racks up a total of 94 wins and eight constructors’ titles between 2003 and 2012, with only Ford interrupting the run in 2006 and 2007.

Citroen is starting to venture into the world of luxury cars with it’s premium sub- brand launched in 2009. The first in line is DS3 - the sportier and more luxurious version of Citroen C3 city car. When it comes to elite automobiles by Citroen he can’t forget about the GT. It was first shown as a concept car at the 2008 Paris Motor Show. It was specially created and produced for the video game Gran Turismo 5.

This car never became more than a concept car but due to its extreme popularity Citroen decided to produce limited edition of six models. This will definitely be a great car to own by car collectors and Gran Turismo enthusiasts.