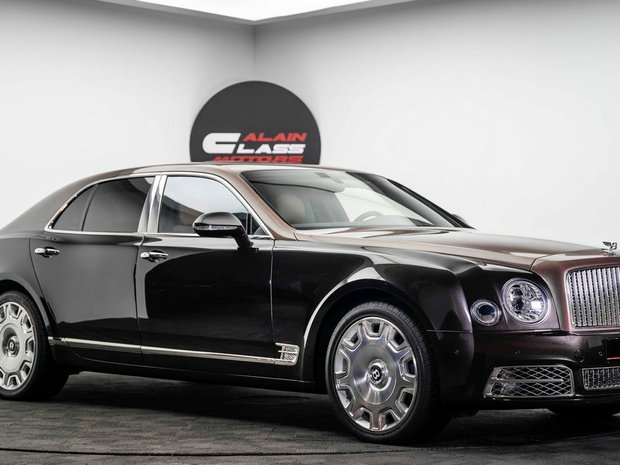 Since its introduction in 2009, the Bentley Mulsanne is Bentley’s flagship limousine. The Mulsanne has a twin-turbo 6.75-litre V8 engine that should have enough power in any given situation without disturbing the passengers with an unpleasantly strong acceleration.
On the interior, the Mulsanne spoils with its extremely comfortable seats, covered in finest leather and anything you can touch or see is the best quality, no matter if it’s the optional 2000 Watt sound system or one of the champagne glasses in the rear.
In 2014 Bentley published a facelift model of the Mulsanne and with it, they released an EWB (Extended Wheelbase) version that is 25cm longer than the standard version and a Speed version that is 20 PS stronger than the standard version, has some slightly changed parts around the body and the driving figures have been completely reworked to make somehow sporty driving possible and also fun.
The Bentley Mulsanne’s opponents are the Rolls-Royce Phantom and the Maybach limousines.