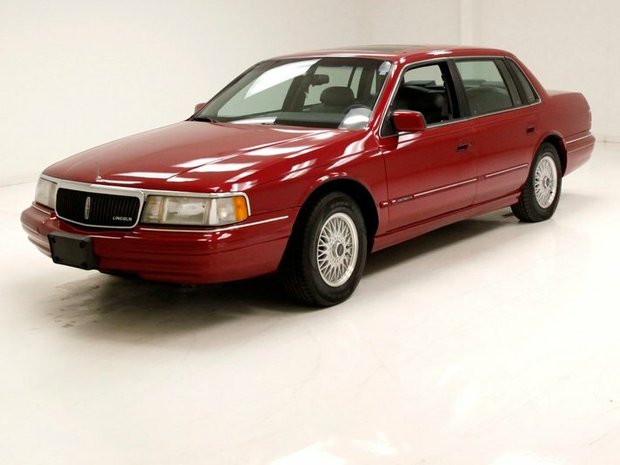 Named after the famous Abraham Lincoln, the company was founded in 1917 by Henry Leland who also established another renowned American brand, Cadillac. Purchased by Henry Ford in 1922, Lincoln is now a luxury division of the Ford Motor Company. Lincoln is not only famous for its personal luxury cars but also limousines which till the presidency of Bill Clinton were specially manufactured for the U.S. Presidents.
Who Drives Lincoln Cars
Lincoln has a long tradition of luxury cars design. Its models are the desired collectibles for retro car buffs and rich celebrities with a good taste. Matthew McConaughey drives a modern Lincoln MKX. But the classic versions are no worse. Justin Bieber owns the restored black 1965 Lincoln Continental in his unique cars collection. The same model also chose Lady Gaga. Classic Lincoln cars were iconic in their time too. Clark Gable drove the black 1946 Lincoln Continental. The pink 1955 Lincoln Capri belonged to Marilyn Monroe and the 1956 Lincoln Continental to Elvis Presley. Lincoln was not a President’s brand in name only. The first Lincoln Presidential state car, called ‘Sunshine Special’ was built in 1939 exclusively for Franklin D. Roosevelt. John F. Kennedy, Richard Nixon or George H.W. Bush were just a few among many U.S. Presidents who could be seen in Lincoln limousines during the official parades.
Rare & Exclusive Lincoln Cars
In their over 100-year history, Lincoln company created many unique and exceptional cars. Among the finest models we can find the first model produced by Lincoln before being taken over by Ford, 1929 Lincoln Dietrich Convertible Coupe from the L-Series, and the Cadillac’s rival, the 1932 LeBaron Convertible Roadster from K-Series. We cannot forget about the icon of the 30s, the 1937 Lincoln Zephyr Coupe-Sedan - utterly classic, streamlined, sophisticated and elegant model of that time. After Zephyr, Lincoln launched the production of their first Continental models in 1939 which definitely are worth the collectors’ attention. The 50s belonged to the smooth Lincoln Cosmopolitan with the frenched lights. Another trend introduced in Lincoln cars were the rear hinged suicidal doors, characteristic for the 1961 Lincoln Continental. Another Lincoln car line, the Mark family had it ups and downs but the 1984 Lincoln Mark VII is definitely a must-have for vintage cars fans. More contemporary Lincoln cars, MKX or MKZ, may impress you with their design and performance. And if you’d like to follow the steps of the old Hollywood stars and a few U.S. Presidents you may always choose the brand new model from the Continental line.
JAMESEDITION
CATEGORIES
CATALOG
FOR BUSINESS
SETTINGS
Copyright © 2022 JamesEdition B.V.