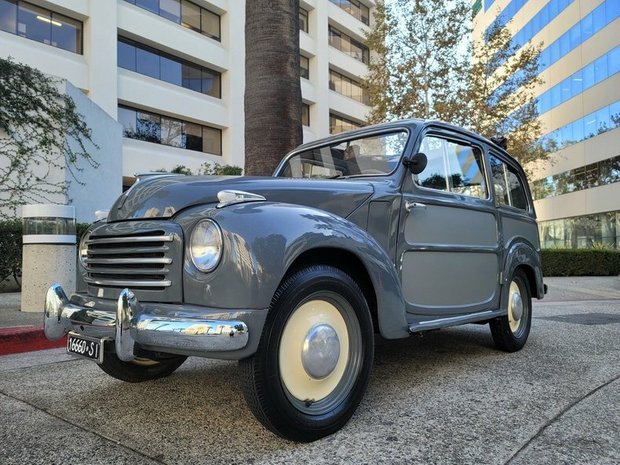 Fiat is Italian automobile manufacturer and is part of Fiat Chrysler Automobiles. The company was founded in 1899 by Giovanni Angeli and at that time 35 people on the staff were making 24 cars. The first model was called Fiat 4HP. The beginnings were humble, but by 1910, Fiat was the largest automotive company in Italy. At the same time factory in New York was opened and owning a Fiat in US became a sign of distinction. During its almost century-long existence Fiat gathered many enthusiasts and received many international awards including nine European Car of the Year awards - the most of any other manufacturer. The company was also ranked many times as producing the lowest level of CO2 emissions by vehicles sold in Europe.
Fiat became a well-known competitor in motosports. In 1971 the Fiat 124 Sport Spider was prepared for the World Rally Championship and from 1972 had great success with two wins in 1972, one in 1973 and won 1st, 2nd and 3rd in the 1974 Portuguese TAP Rally. Later, the Fiat 131 Abarth won 18 World Rally Championship events between 1976 and 1981,  and won the WRC three times: in 1977, 1978, and in 1980. In 2003 a Fiat Punto S1600 won the Italian Rally Championship, and 2006 the Fiat Grande Punto S2000 won the FIA European Rally Championship, followed by three successive wins in 2009, 2010 and 2011.

Who drives Fiat cars:
Mark-Ronson  is an English musician, DJ, singer, songwriter, and record producer that is a proud owner of Fiat 500. If you are interested in autographs of celebrities  you would love to buy this car that became quite the catch for collectors. During the party hostel by Vin Diesel this Fiat 500 was scribbled on by many celebrities including Kelly Osborne, Paris Hilton, Florence (from Florence and the Machine) and Friendly Fires.
JAMESEDITION
CATEGORIES
CATALOG
FOR BUSINESS
SETTINGS
Copyright © 2022 JamesEdition B.V.