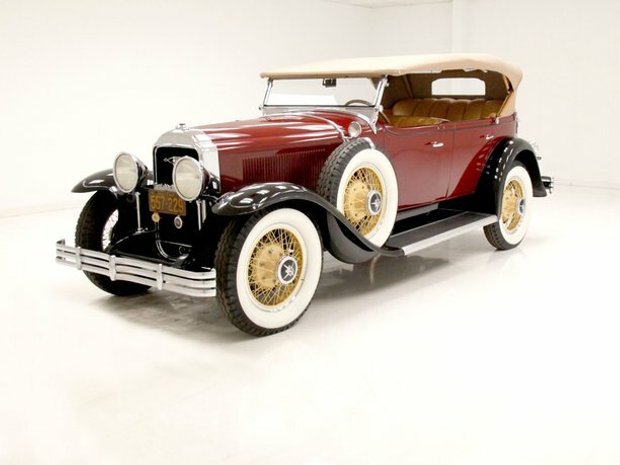 This oldest - and still active - American vehicle brand is also one of the oldest car marques in the world. The first Buick automobiles are dated on 1899 and 1900. Now Buick is manufactured by General Motors, the company which in fact Buick established in 1908. The most characteristic features of the Buick cars’ design are for sure the tri-colored Trishield and VentiPorts which re-designed can still be found in the modern models.
Classy Buick Design
Buick is well-known for its inspiring and unique looks. From 1940s to 1970s many Buick cars were decorated with the Sweepspear, the “Riviera trim, a silver curved trim line running along the length. With the beginning of the space age, Buick introduced a few models with an unusual Delta fin. Parking was a nuisance but at least they resembled the rocket ships. The attention to grille styling is also characteristic for Buick - you can encounter models with the “dollar grin” or the classic Waterfall grille. We cannot forget about the Nailhead, the Buick V8 engine, which became popular with the American hot-rodders. Not only till the 80s but even now Buick intrigues and inspires with its concept cars.
Rare & Exclusive Buick Cars
Buick has been granted the opinion of vehicles which are not only reliable but also luxurious. Nowadays cars made by General Motors under Buick brand enjoy rather a ‘premium’ than ‘luxury’ status. Still the older models are valued and many of them may appear to be especially interesting for the collectors. Among them are the older Buick Models such as 90 Sport Phaeton with 8 cylinders from 1932 or the icon of the 50s - 1949 Roadmaster convertible which you can remember from the movie “Rain Man”. 1953 was an important year for Buick as they launched a new car model, the famous Roadmaster Skylark, together with a brand new engine, V8. In the 60s Buick became more prestigious by launching its first personal luxury car, the famous Riviera. For sport cars enthusiasts the Buick models worthy of attention are one of the first muscle cars, 1937 Century convertible coupes, the high performance 1970 GSX and 1987 GNX.
Who Drives Buick Cars
Though Buick’s popularity has been declining, there are still people, even among the Hollywood stars, who cherish the classic models. A comic, Jay Leno owns 1957 Buick Roadmaster. Another comedian, David Spade also drives Buick but the 1987 Grand National. Leonard Nimoy, famous Mr Spock from Star Trek Series, who loved luxurious sport cars, had 1964 Buick Riviera in his collection. The Buick car from the times when it was the hottest brand in the United States is a must-have for any classic car connoisseur.
JAMESEDITION
CATEGORIES
CATALOG
FOR BUSINESS
SETTINGS
Copyright © 2022 JamesEdition B.V.