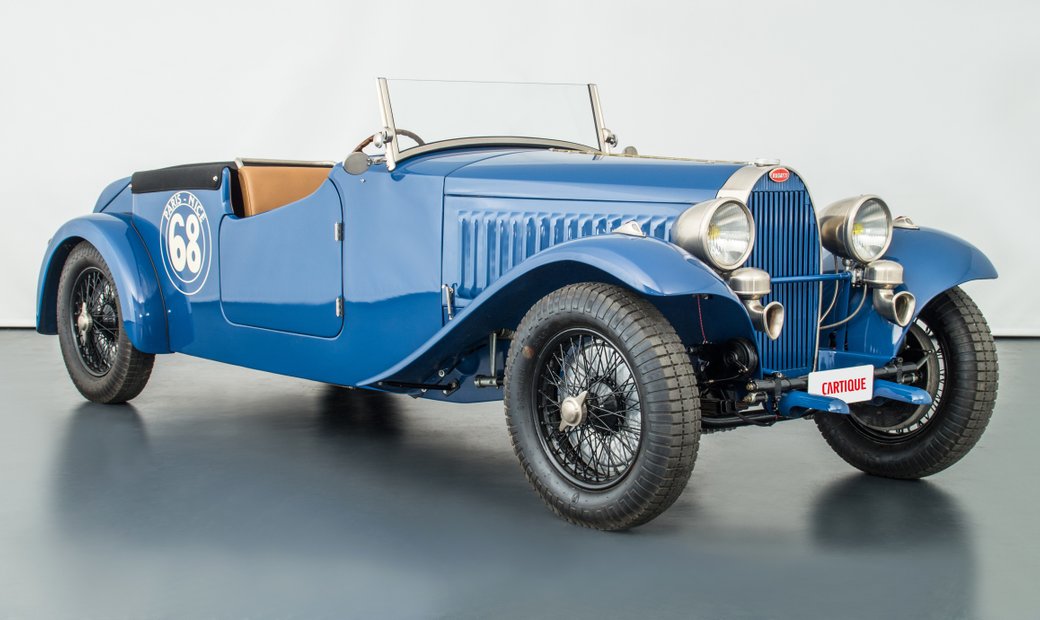 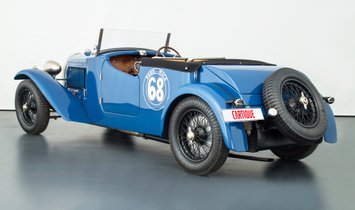 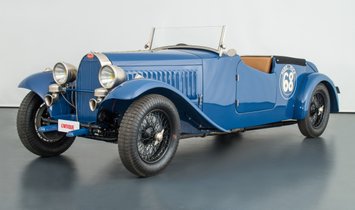 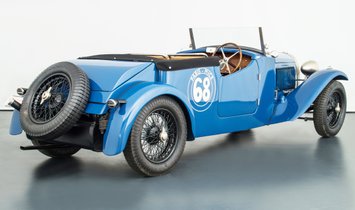 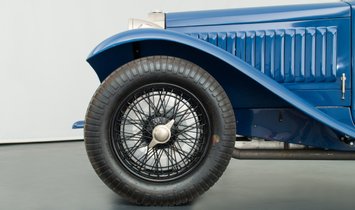 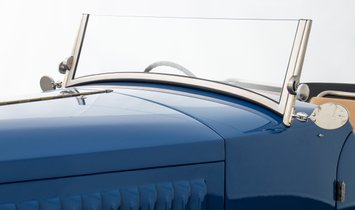 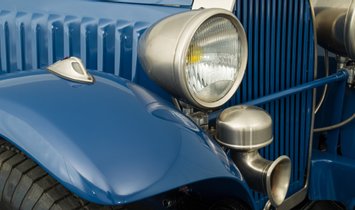 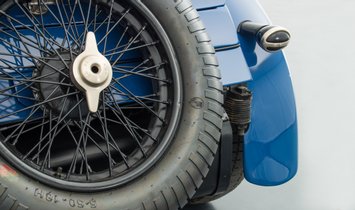 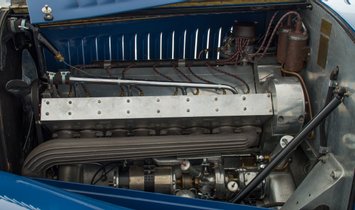 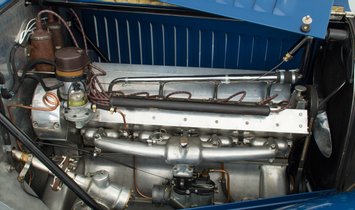 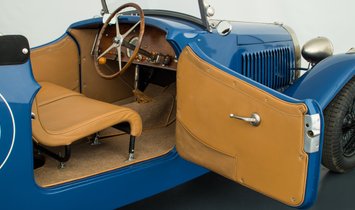 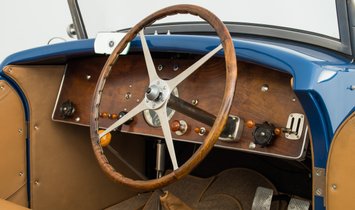 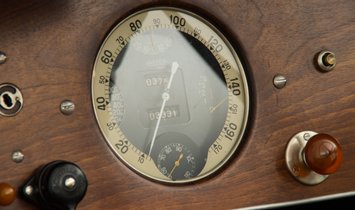 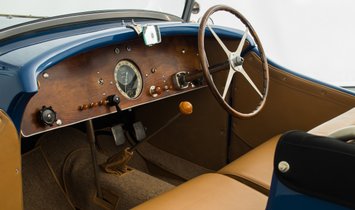 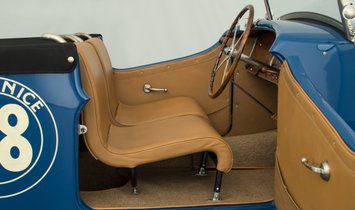 The Bugatti Type 57 was presented for the first time at the Paris Motor Show in 1933. With this new type of car the factory wanted to set an end to the variety of types and shorten its range – a decision which was absolutely necessary for surviving the consequences of the economy crisis. In 1934 the production started, the chassis got two-door and four-door works bodies or they were fitted with a two-door coachwork commissioned at Gangloff. All bodies were realized as tourism vehicles and quite heavy, so that sportive drivers disadvantaged. The successful time of the type 43 with its single-camshaft-drive was over and his successor, the type 55 had the successful type 51 motor with double camshafts, but it was offered by the work as a two-seat car which did not fulfil most of the racing regulations – and equipped with a four-seat body, the type 55 did not have the same chances to win a race as comparable Alfa Romeos.

In 1934, several rally-drivers went into competition with the chassis of the Bugatti type 57 – with rather moderate successes, but these impulses made the factory think of a sport version. During the Paris Motor Show in 1934, an optically very exciting Grand Raid Roadster was presented. The Grand Raid chassis did allow more sportive layouts of car bodies. The very successful Bugatti-dealer in Marseille, 42 Avenue du Prado, Gaston Descollas, planned a competition with the type 57 in 1935, and so he used a chassis type 57.300 which was delivered to him on the 3rd of December, 1934 that he prepared for the rallye with a light car body. He created a four-seater torpedo body with a case above the rear axle, topless, only with a tarpaulin. It can be supposed that all possibilities to save weight were used and above a light wood-frame he installed some aluminium-sheets. A friend of the Descollas’ remembers that the coachwork was designed and manufactured at Dubos’ in Marseilles.

On the 3rd of January, 1935 the car was registered with the number 5822 CA 7. The first race of the season for this car was a rallye for women, the rallye “Paris-Vichy-St. Raphael Féminin” on the 27th of February, 1935 and the car was driven by Claire Descollas, Gaston Descollas’ wife, a driver as ambitioned as her husband. On the 13th of April, the most important long-distance race of France took place: the Paris-Nice, about which even the foreign press reported. More than 100 participants were registered, and among them real strong rivals: Trévoux who had won the Rallye Monte-Carlo, the Morocco Rallye, Liège-Rome-Liège and the Paris-Nice several times on Hotchkiss several times; Sommer, winner of the 24 hours of Le Mans in his Alfa Romeo, Miss Shell in her Delahaye and many more. Gaston won the general prize (10000 FF) being faster than Trévoux on Hotchkiss and reached the general victory of the F.N.C.A.F. These were victories that draw on themselves international attention and made the Bugatti works think about sports-variations of the type 57. From the 12th until the 14th of July, Descollas took part in the Rallye des Alpes Francaises and won this race, too. During the Mont Galibier hill race he reached a new velocity record and at the Grand-Prix of Lothringen he managed to reach the second prize. In 1936, the car received a new body – a Coach Ventoux, manufactured at Gangloff’s, which had price of 15150 FF. Descollas also took part in the Rallye des Alpes Francaises in 1936, driving in this closed coachwork which was much heavier than the version that he had used before. It was the 8th International Rally of the Alps, and Descollas was placed fourth.

Descollas had lent out the car for the races of 1936, as the further registrations of the 57300 show that it was registered on the 24th of March, 1936 for Mr. Paulin Giniès with the license number 4473 ZA 3 and on the 6th of May, 1936 for the first purchaser, Mr. Miguel Vives, 69 Cours Julien in Marseille with the number 6426 CA 8. Mr. Vives was a Spanish businessman whose partner Mr. Rimoldi lived in Marseille. Information of the family show that Miguel Vives was in Cameroon during the time of the Spanish Civil War and it is not confirmed that his Bugatti came to Barcelona before this time. In 1940, the 57300 was registered for Manuel Medir Senchermes in Barcelona with the license number B-67.700. When the Spanish-German family Ferrer bought the car, this registration still existed, as for forty years there had been no further owners. So the 57300 had – until now – only four registrations. The Ventoux body has been changed into a topless body. In this state, the current owner bought the car in 2001 and started the restoration. Thanks to a request at Bugatti Trust, Prescott, he found a picture of the car from the days of Gaston Descollas. He was sent to the author of this article, Bernhard Simon. Together they were able to find the complete history of the car and the racing-history. Afterwards, a lot of material such as photos, appeared. By this way, the reconstruction of the original racing-body of Gaston Descollas’ racing car was possible.

The vehicle is technically and mechanically completely original, all matching numbers of the engine, gearing and rear axle with the number 154 and the assembly number 024 still exist. The damaged cylinder block was replaced by an original piece from the Bugatti works, some parts as the body of the water-pump and screws were ordered at the Bugatti Owner’s Club. The car-body was painted by the office Matzner. The bonnet is original. The Ventoux body was set into its original state and exists as a second “gown”. By this “time machine project” a very early Bugatti 57 racing-car which had a big importance for the development of the type 57 up to the type 57S, could be reanimated. The 57300 had proved an ability of taking part successfully in competitions with a Bugatti type 57.