Back in May at an Antiquorum sale in Geneva, a Patek Philippe pink gold Sky Moon Tourbillon (Ref. 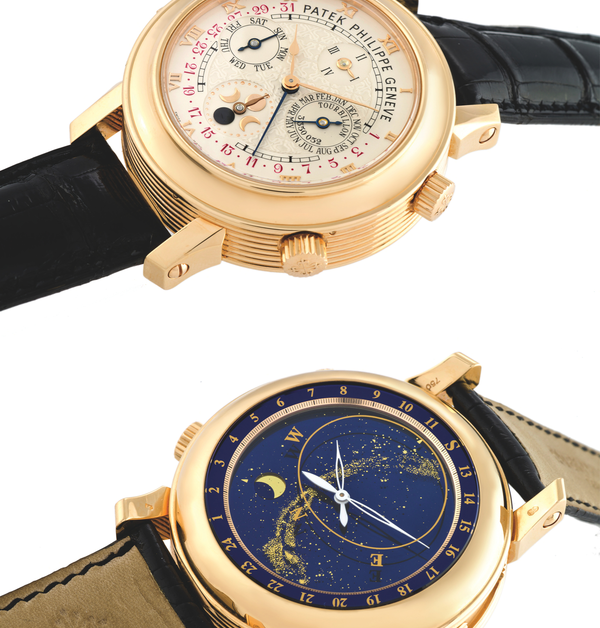 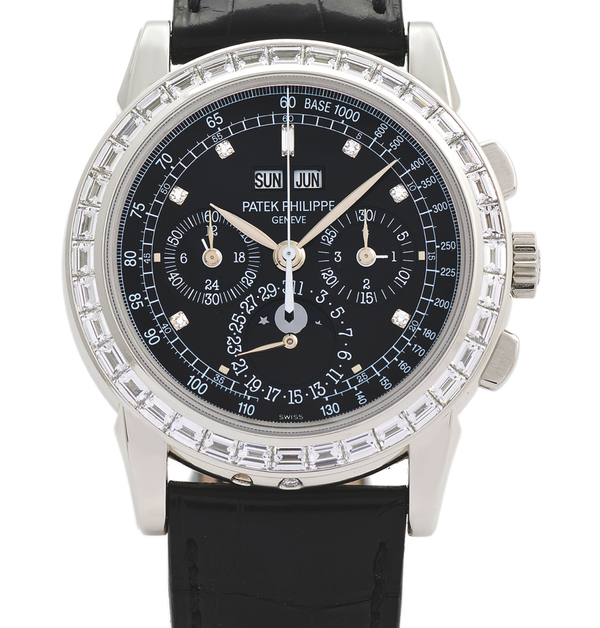 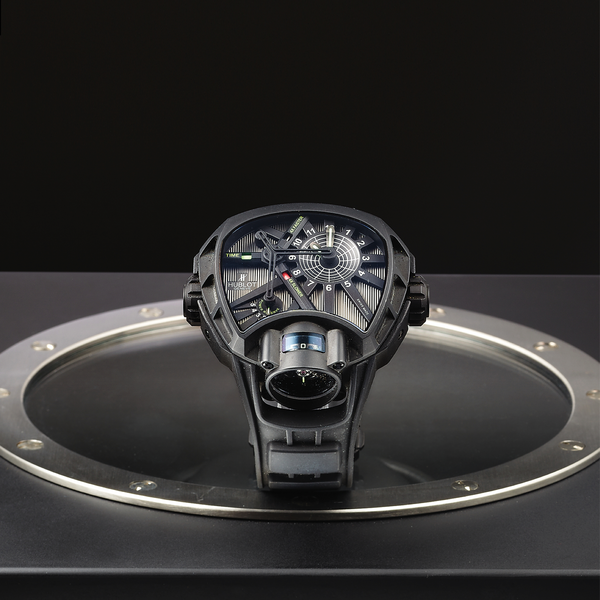 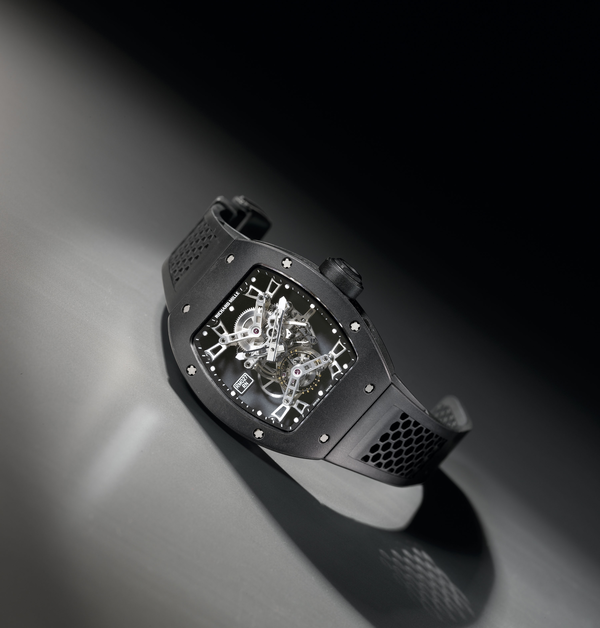 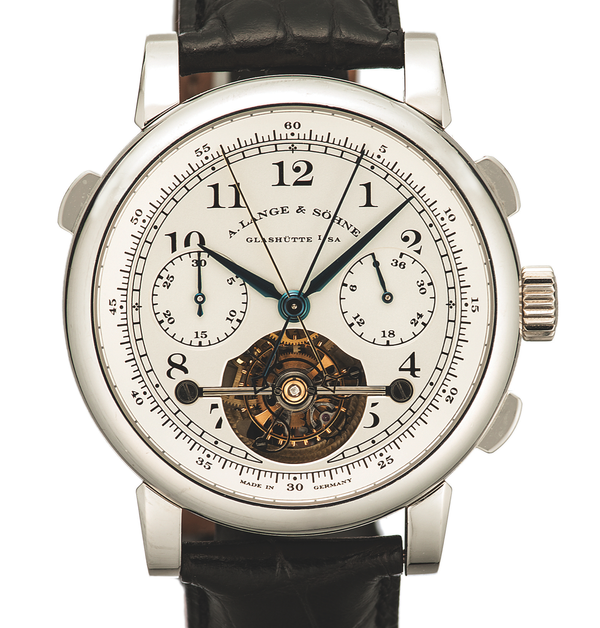 Back in May at an Antiquorum sale in Geneva, a Patek Philippe pink gold Sky Moon Tourbillon (Ref. 5002) emerged as the auction’s top lot, selling for 1.2 million Swiss Francs (about $1.3 million). Unlike most chart-topping timepieces sold at auctions outside of Asia, this particular Patek timepiece—the most complicated wristwatch that the Swiss watchmaker has produced—was not a vintage model.

The Patek Philippe Pink Gold Sky Moon Tourbillon (Ref. 5002), circa 2008, which sold for about $1.3 million in May. Photo courtesy of Antiquorum.

The outcome of that Geneva auction raised an intriguing question: Are modern luxury timepieces worth every bit as much as the vintage examples that typically command top dollar at auction? And, perhaps more important, was that Geneva sale a reflection of the contemporary watch market as a whole? For the answers to those questions (and others), we sought the consul of a variety of specialists and dealers within the luxury timepieces industry.

According to dealers and specialists, Patek Philippe is the surest bet for both contemporary and vintage watches. This 2008 Patek Philippe wristwatch (Ref. 5971) sold for more than $310,000 in June. Photo courtesy of Antiquorum.

“Watches, I think, are the easiest investment,” says Alex Feldman, the owner of Manhattan-based Element in Time, a family-owned luxury timepiece dealership. “You buy a watch and you put it away and, if you buy the right one, at the end of the rainbow there will be a pot of gold. The watch industry is the one and only industry where things do not depreciate.”

To be clear, Feldman doesn’t believe that all tiers of the watch market are impervious to value regression; but based on his lifetime of watch-dealing and ownership (Feldman acquired his first Rolex at the age of 14), he’s confident that the top end of the market always will remain strong. “Long term, the high-end stuff will definitely appreciate in value above what you paid,” he says. “But not a lot of guys think long term.”

Most specialists agree that buyers of  modern timepieces, like this Hublot Flying Tourbillon (Ref. MP-02), are attracted to them for their style and care less about their long-term value. Photo courtesy of Antiquorum.

Julien Schaerer, Antiquorum’s managing director in Geneva, echoes Feldman’s sentiments in many respects, though he cautions buyers to take a more conservative approach when it comes to purchasing contemporary watches. “The depreciation of watches is the cost of ownership,” he says, “just like a luxury car. If the value does go up, then of course it’s an added benefit, but it still is quite rare with modern watches. There is some potential in appreciation for modern watches, but probably for ultra-limited editions, and it has to be seen like a medium- to long-term investment. One should buy a timepiece first out of love for the brand and/or complication.”

Watches like this Roger Dubuis Tourbillon Skeleton in white gold, circa 2010, are attracting buyers for their intricacy and engineering. Photo courtesy of Antiquorum.

As far as appreciation in the marketplace is concerned, there are several manufacturers that offer the greatest assurances. Patek Philippe, Rolex, Audemars Pigauet, A. Lange & Sohne, Breguet, and Vacheron Constantin all enjoy views from the top thanks to their longstanding histories and well-established brand identities. Relative newcomers to the industry, like Richard Mille and Roger Dubuis, have carved out a niche for themselves with their revolutionary designs and space-age technology, but it remains to be seen just how buoyant those timepieces will be on the secondary market.

According to Nate Borgelt, a specialist at the auction house Sotheby’s, some have already achieved strong prices at auction, but those (like the Patek Philippe Sky Moon Tourbillon) were highly exclusive models when new. “There are some limited edition pieces that do currently bring incredible prices at auction,” he says. “And there are a select group of modern models that could compete with a certain sector of the vintage market based on their brand; innovative features, such as materials or complications; and avant-garde designs.”

A limited edition Richard Mille  carbon composite tonneau-form tourbillon, which is estimated to sell for as much as $440,000 at a Sotheby’s Hong Kong auction in October. Photo courtesy of Sotheby’s.

Over the last few years, the demand for luxury watches (particularly contemporary models) has spiked precipitously in Asia, and according to some specialists, that emerging affluence in the Far East has kept global values strong while other markets around the world, specifically the U.S., continue to recover from the recession of the late 2000s. Despite such prosperity in Asia, Ira Schreider, the proprietor of Feel Good Watches in Scottsdale, Ariz., believes that that market is growing saturated. In fact, according to Schreider, the new watch market (on a global scale) isn’t as robust as some might suggest, but the secondary market remains healthy. Much of that, he says, has to do with a shifting of ideals within today’s younger demographic. “The generation buying watches right now isn’t like the guy who worked hard his whole life and finally bought a Patek Philippe because he knew it was the best and it signified that he had finally made it.”

Limited edition models from longstanding  manufacturers, like this 2007 A. Lange & Sohne  Tourbograph,  typically are commanding the most money on the secondary market for modern watches. Photo courtesy of Antiquorum.

Richard Resnick, of Raymond Lee Jewelers in Boca Raton, Fla., shares a similar view of the market. According to Resnick, “it’s a good time to buy, but you have to know what you want and what you’re buying.” He says that modern watchmakers like Richard Mille, Roger Dubuis, and Greubel Forsey are producing beautiful timepieces, but due to their limited foothold in the market, it’s difficult to project their long-term success and desirability, and that’s what’s limiting their dominance in the secondhand market. “They don’t have enough brand power for their residual values to be strong,” he explains.

Could those producers one day stand eye to eye with the Patek Philippes and Rolexes of the world?  Resnick won’t rule it out, but he says it won’t be easy. He also advises collectors who are looking to invest in timepieces to stay open-minded when it comes to those modern producers. “it’s really about how willing they are to take that shot,” he says.

That uncertainty is the one aspect of modern luxury watches upon which all specialists tend to agree. As Feldman says, “It’s difficult to tell where those watches will wind up in 15 years. Only time will tell.”

That being said, Feldman also acknowledges that there are plenty of buyers (especially those who focus on new models made by newer brands) who are not concerned with future values. For them, it’s all about the personal appreciation of the watch, and that, he says, comes down to their own enjoyment of it. “The bottom line,” he says, “people buy these things because they bring them pleasure.” 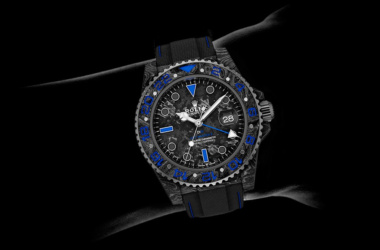