Choices you can trust: Explore houses available in the same neighborhoods that Amazon’s founder selects for real estate investments. 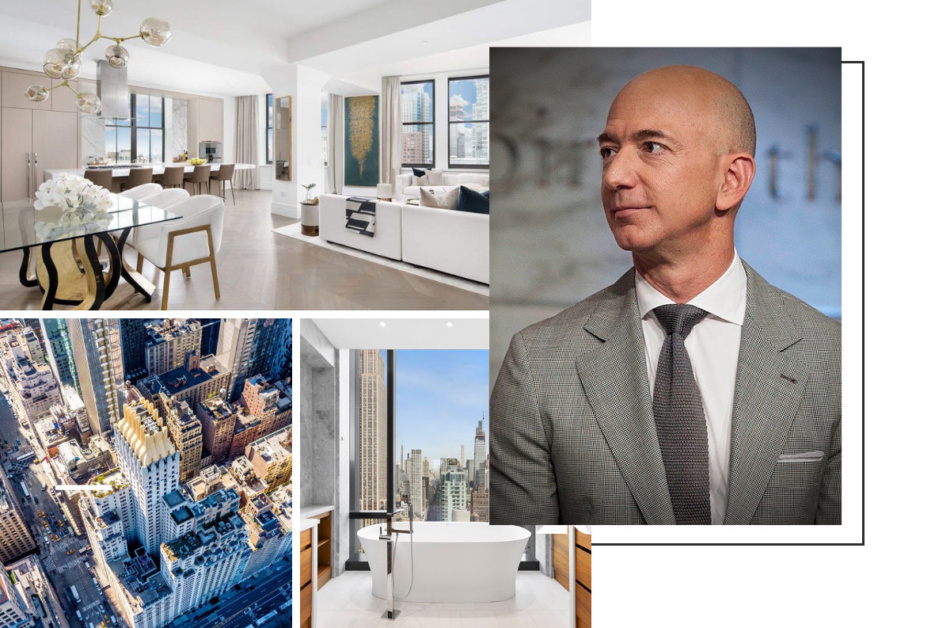 Jeff Bezos has acquired an extensive real estate portfolio. Previously, his crowning purchase was a property in one of the most prestigious neighborhoods of Seattle; but, this investment has been eclipsed by his latest stellar acquisitions.

We took a closer look at Jeff Bezos’ most recent real estate purchases–and selected the most impressive homes for sale next door to his new properties. 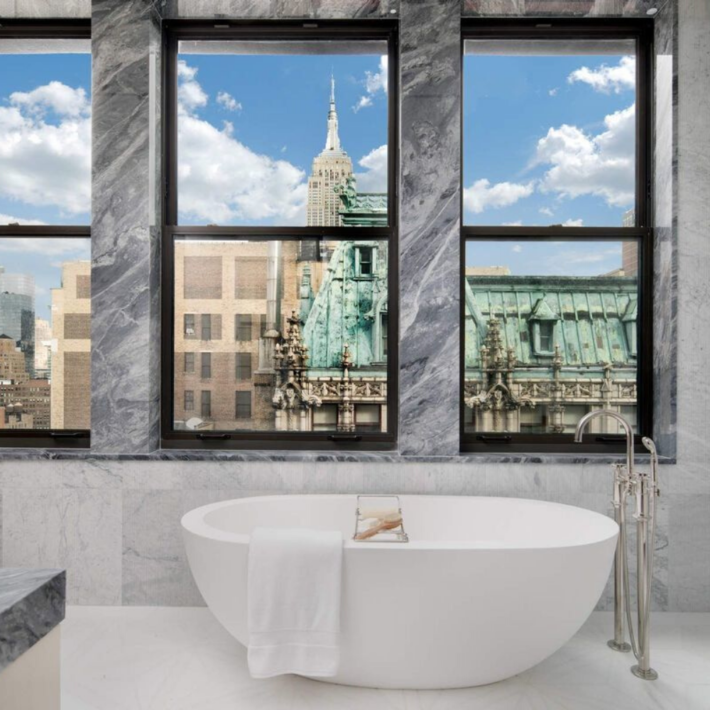 The founder of Amazon.com recently has bought a new US$16M apartment on the 20th floor of 212 Fifth Avenue. He began searching for apartments in Manhattan in April, immediately after his divorce from Mackenzie Bezos was announced. According to the New York Post, Bezos expected to invest around $60 million in a new home in the area.

Last June, he purchased three apartment units in the same building, amounting to a total of $80 million. So, the final property investment in the Fifth Avenue skyscraper comprised the missing piece of his Manhattan real estate empire. 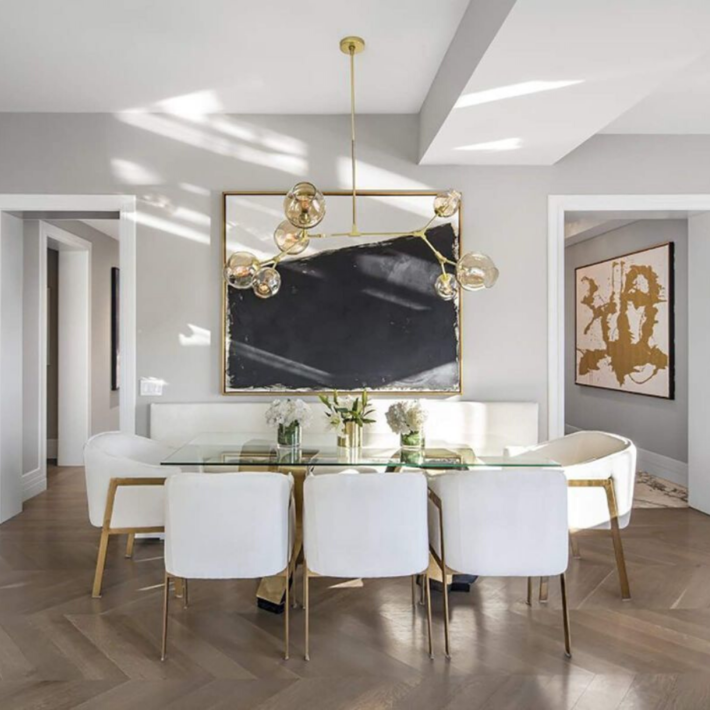 Apparently, Jeff Bezos plans to combine his four homes in the New York skyscraper into one dream house. And the location is perfect: NoMad is one of the most vibrant, up and coming neighborhoods in Manhattan.

On JamesEdition, we offer 20 homes for sale in this area, with a median price of US$3.5 million–much more affordable than the price that Bezos paid for his newest trophy. 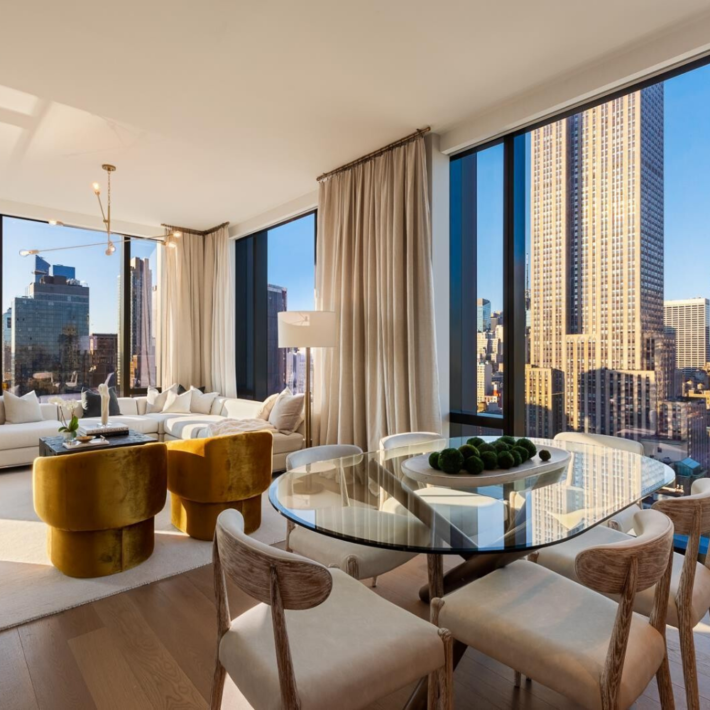 Would you like to enjoy the same panoramic views as the Amazon founder who is one of the most noted entrepreneurs in the world? Welcome to this premier address on Fifth Avenue. 277 Fifth Avenue is the newest and tallest, luxury condominium development on the block. 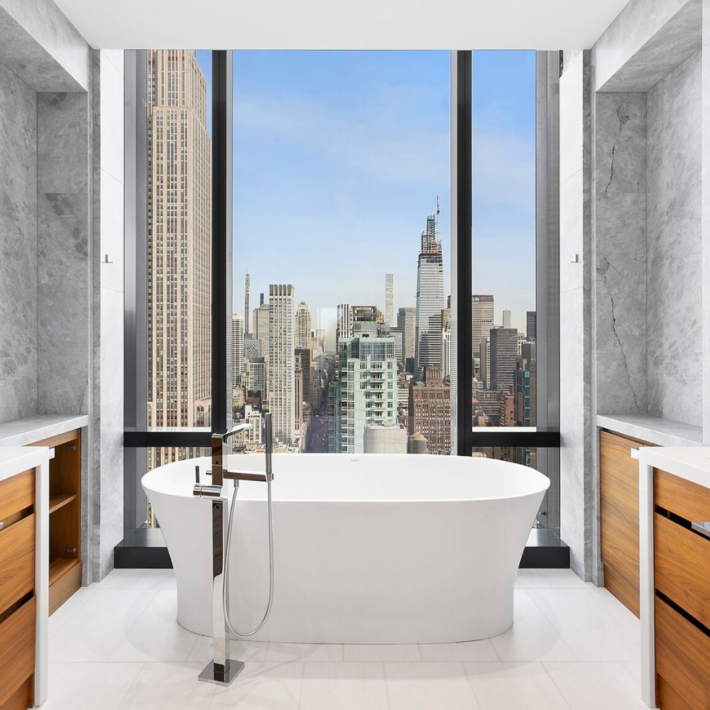 Residence 46A, which you will find on our website, is exceptionally spacious, spanning the entire western facade with northern and southern corner exposures. Ceiling heights accentuate magnificent views of the Empire State Building, Chrysler Building, and Hudson River.

The world’s richest man bought a megamansion in Beverly Hills from media mogul David Geffen, co-founder of DreamWorks. The estate originally was designed for Jack Warner, another movie titan, and the president of the Warner Bros. film studio. 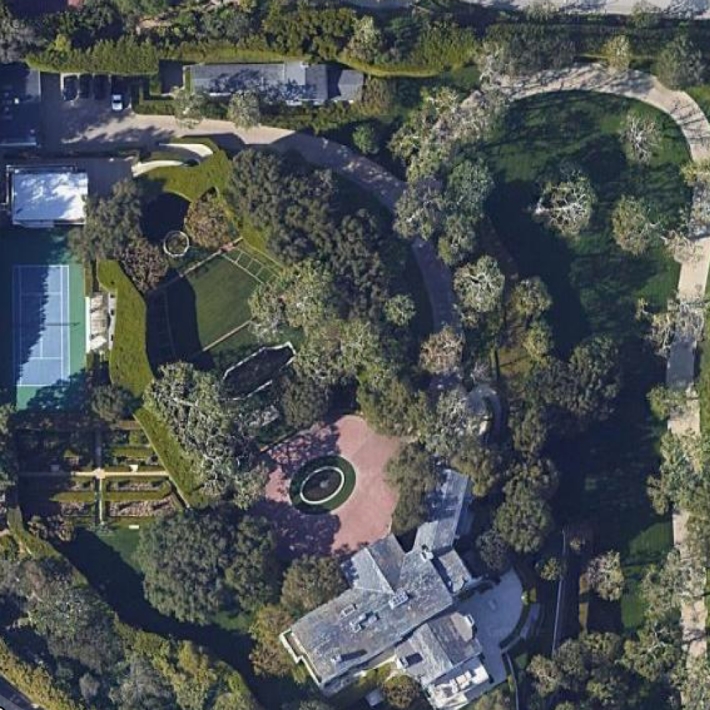 The famous property features two guest houses, a tennis court, a swimming pool, and a nine-hole golf course, according to Architectural Digest. The estate is located mere minutes from Bezos’ other California properties. In 2007, Mr. Bezos purchased a US$24.45 million Spanish-style mansion and later bought the 1950s Beverly Hills house next door for US$12.9 million.

With such a wide range of prices, how much should you expect to spend when choosing a new home somewhere on Angelo Drive in Beverly Hills? According to JamesEdition data, the most expensive homes in the area can cost up to US$115 million; the most affordable ones come with a price tag of approximately  US$4.5 million. 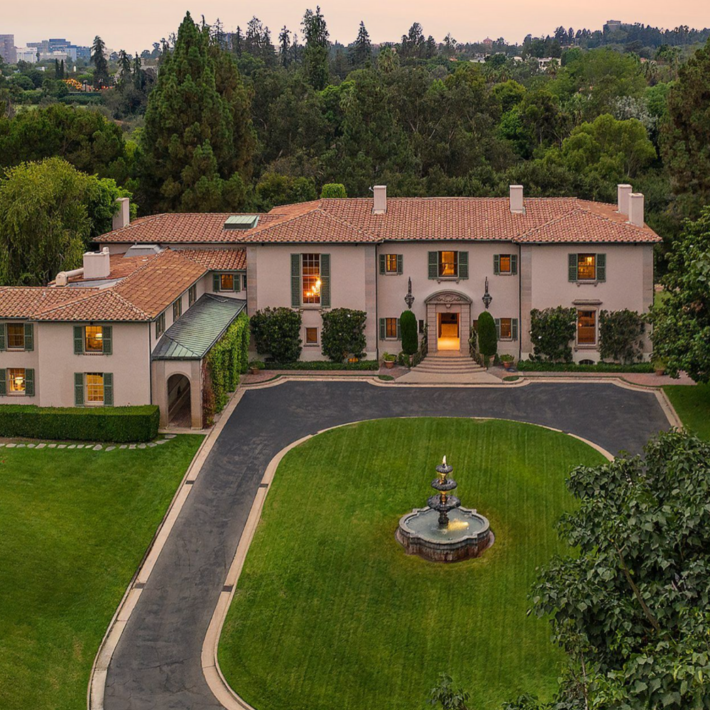 The largest compound in Holmby Hills: a majestic, Italian Renaissance estate (US$ 115,000,000) View the listing

You too can purchase an undeveloped site with breathtaking, panoramic views over the valley– and design the home of your dreams. 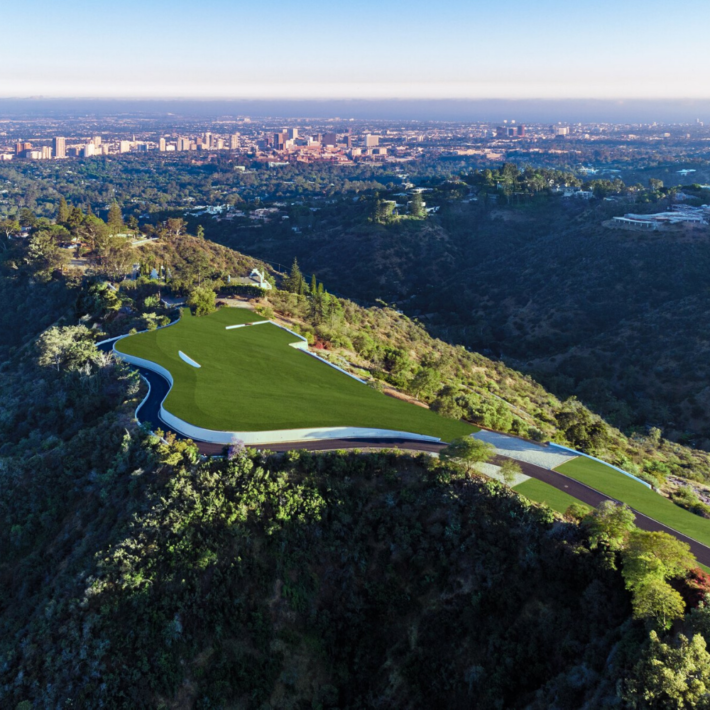 The Enchanted Hill: a 120-acre undeveloped site in Beverly Hills, Los Angeles (one of the most unique and rare opportunities on JamesEdition (US$ 110,000,000) View the listing

The Enchanted Hill, a 120-acre undeveloped site in Beverly Hills, was purchased in 1997 by the late Paul G. Allen, Microsoft co-founder, and philanthropist. The property has undergone extensive infrastructure improvements including a one-mile private street and two separate gated entrances via Benedict Canyon Drive and Angelo Drive. Only minutes from Rodeo Drive and The Beverly Hills Hotel, the iconic, hilltop property hovers high above the city, offering unrivaled 360-degree views from downtown to the ocean.

The Amazon and Microsoft founders are neighbors–not just on Forbes List–but also in Seattle. They both own sumptuous mansions in a high-end neighborhood on Evergreen Point Road in Medina. The Washington State Bezos home is a 29,000 sq. ft. (~2,694 sq. m) estate along 200 yds. of shoreline. 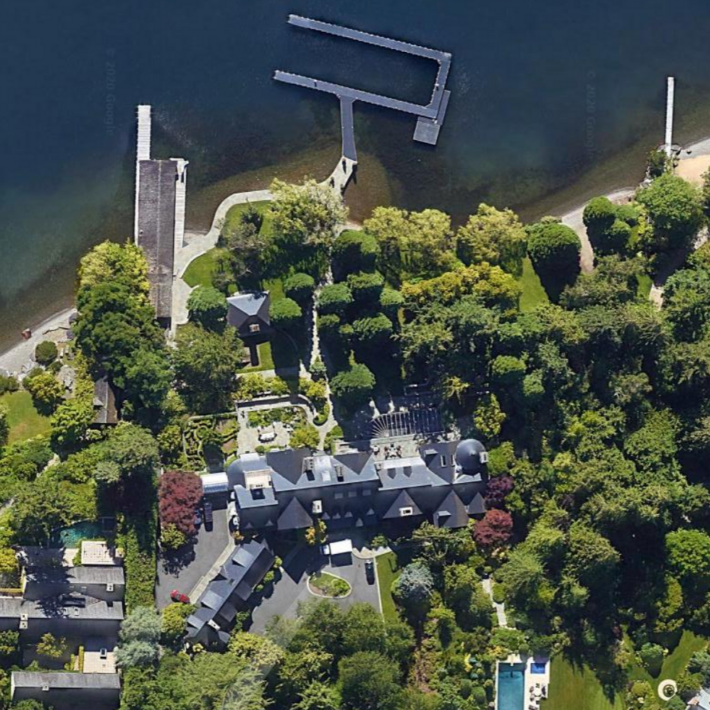 With a population of around 3,000, Medina is the seventh wealthiest zip code within the U.S. The most affordable real estate listed on JamesEdition is around US$4 million. 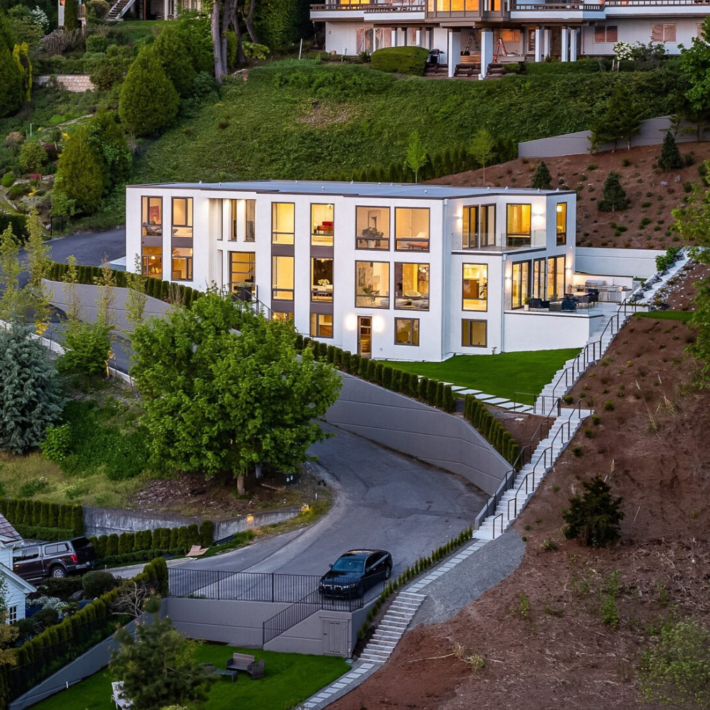 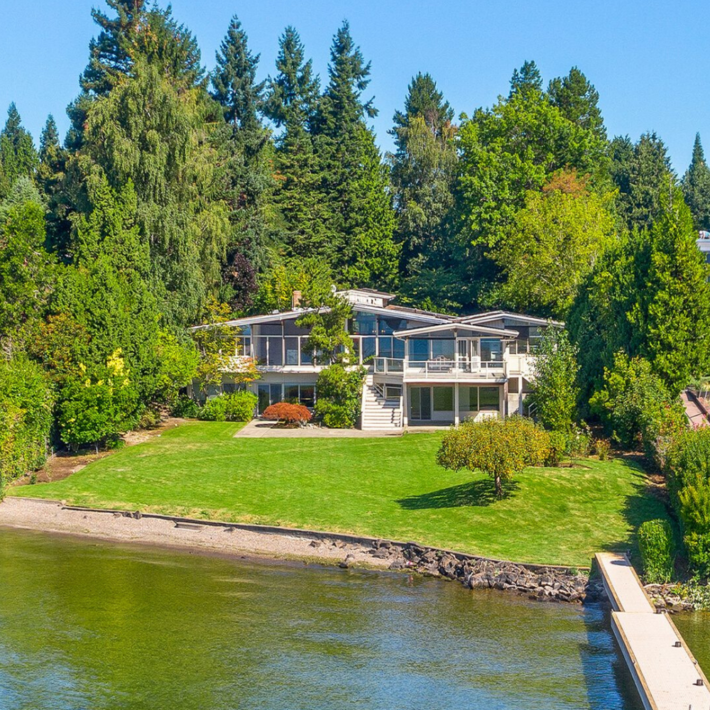 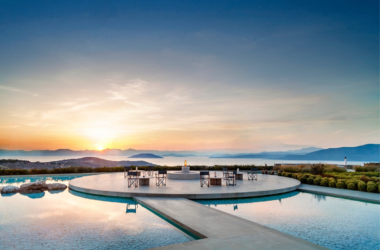 Handpicked Homes Real Estate
The Top 30 best infinity pools in the world in 2020
The world's best pools with an infinity edge design and panoramic views. 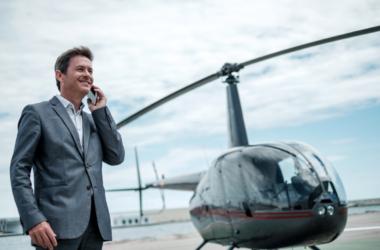 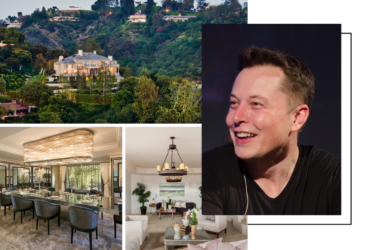