The 10 biggest news stories from the Monaco Yacht Show 2022

From Feadship's 85m Slice with panoramic glazing and an atrium to the 210m TWO10 by Meyer Yachts, here are the most impressive new concepts revealed in Monaco a few days ago.
85m concept Slice by Feadship features a 70-square-meter atrium.
Share
Share

With the world’s leading shipyards in attendance, Monaco Yacht Show saw the announcement of numerous concepts, new builds and updates on existing projects. In case you missed anything during the show BOAT has rounded up the top stories not to be missed. 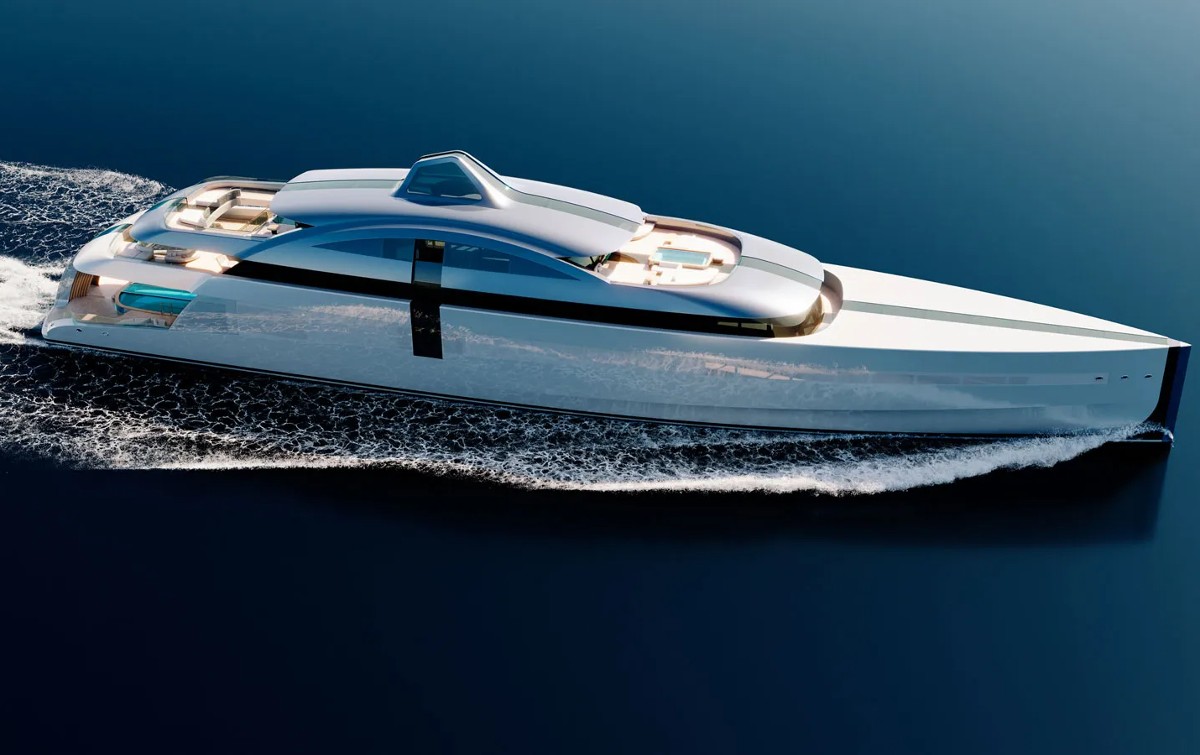 Dutch yard Feadship used the Monaco Yacht Show to reveal a new 85 metre concept, called Slice, that “turns the inside out and the outside in”. Created by Studio de Voogt the design incorporates a long strip of glazing from bow to stern that allows light to flow through multiple decks. Other features include a 70-square-meter atrium, flanked by circular staircases, and a 10-metre multi-level pool on the aft deck. 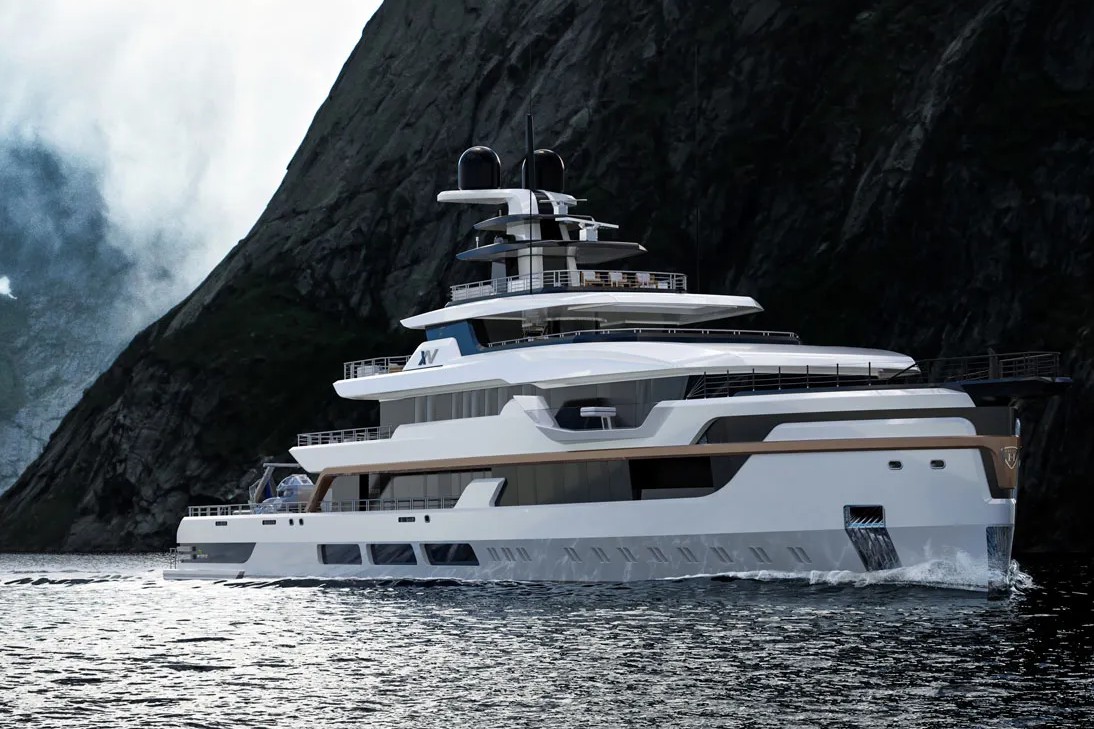 Dutch yard Heesen and British based Winch Design have presented a 67 metre explorer yacht concept that offers high-latitude cruising capabilities without compromising on luxury. Called XV67, the yacht features muscular lines and a three-deck owner’s cabin with access to the crow’s nest. Speaking during the announcement, Winch Design’s Jim Dixon said the concept had been created to meet a fresh demand for expedition-style yachts. 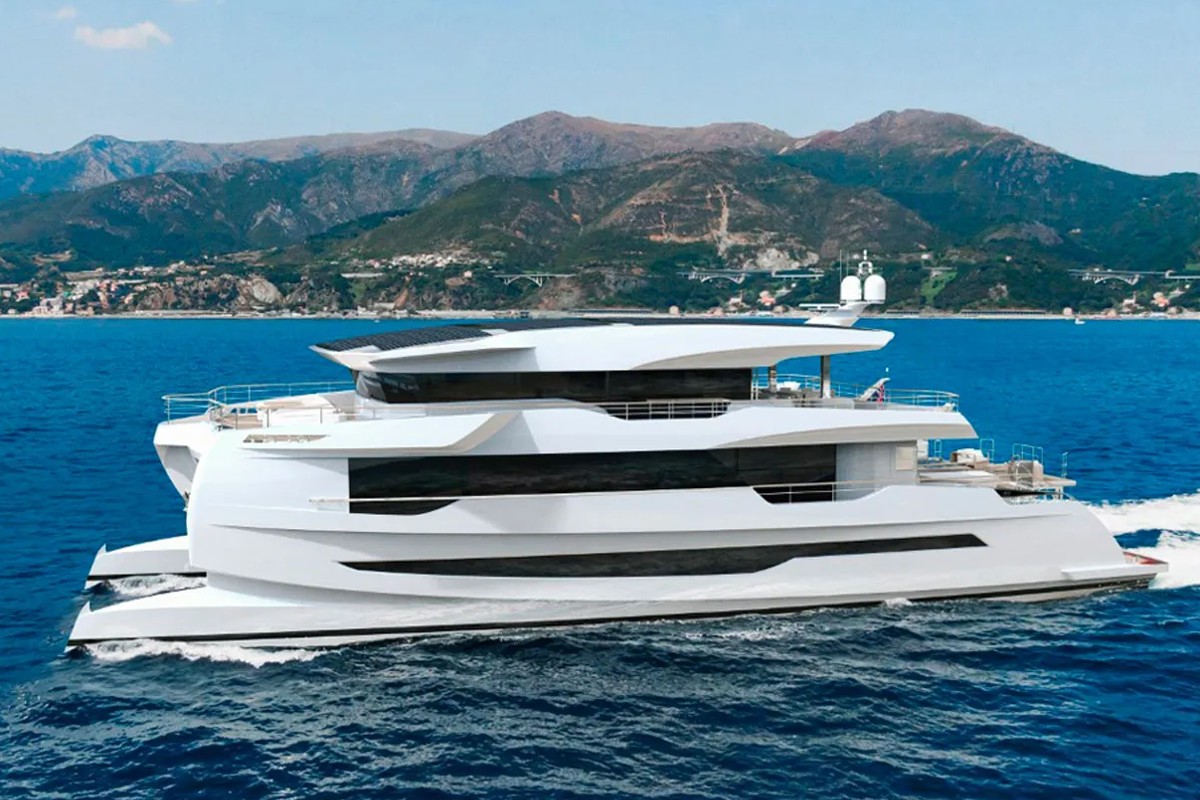 Austria-based shipyard Silent Yachts has revealed further details on the in-build Silent 120 model, which has been extended by six metres. Designed by Marco Casali, the multihull is scheduled for delivery in 2024 and now measures 36.7 metres in length. The yacht will offer an impressive interior volume of 499GT with more than 900 square metres of interior and exterior space. 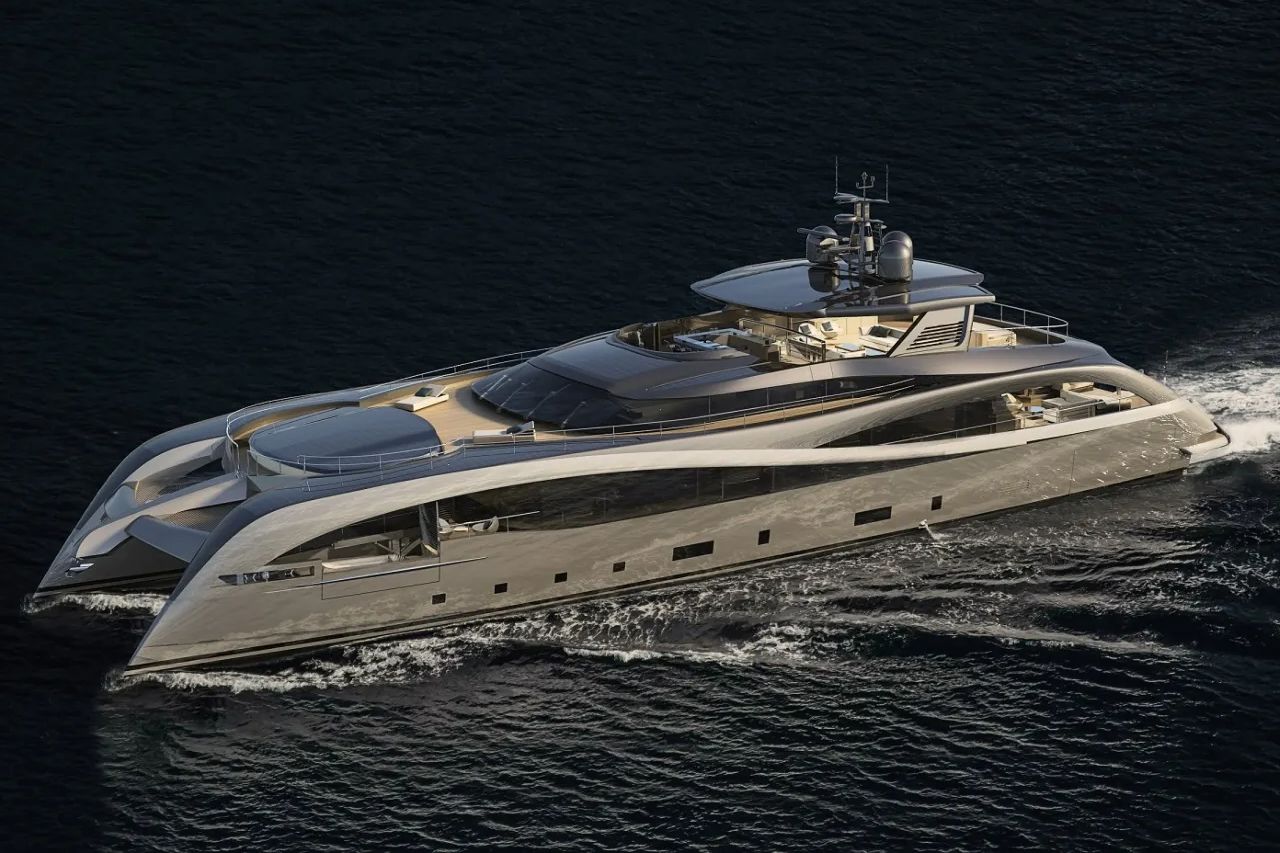 Rossinavi’s 42.75 metre Sea Cat, which was first revealed during Miami Design Week 2021, is now under construction. A collaboration with Fulvio de Simoni Yacht Design, the build marks the first multihull project for the Italian yard. Solar energy is central to the design and the yacht will feature four different energy modes that can be utilised depending on the cruising demands of the owner. 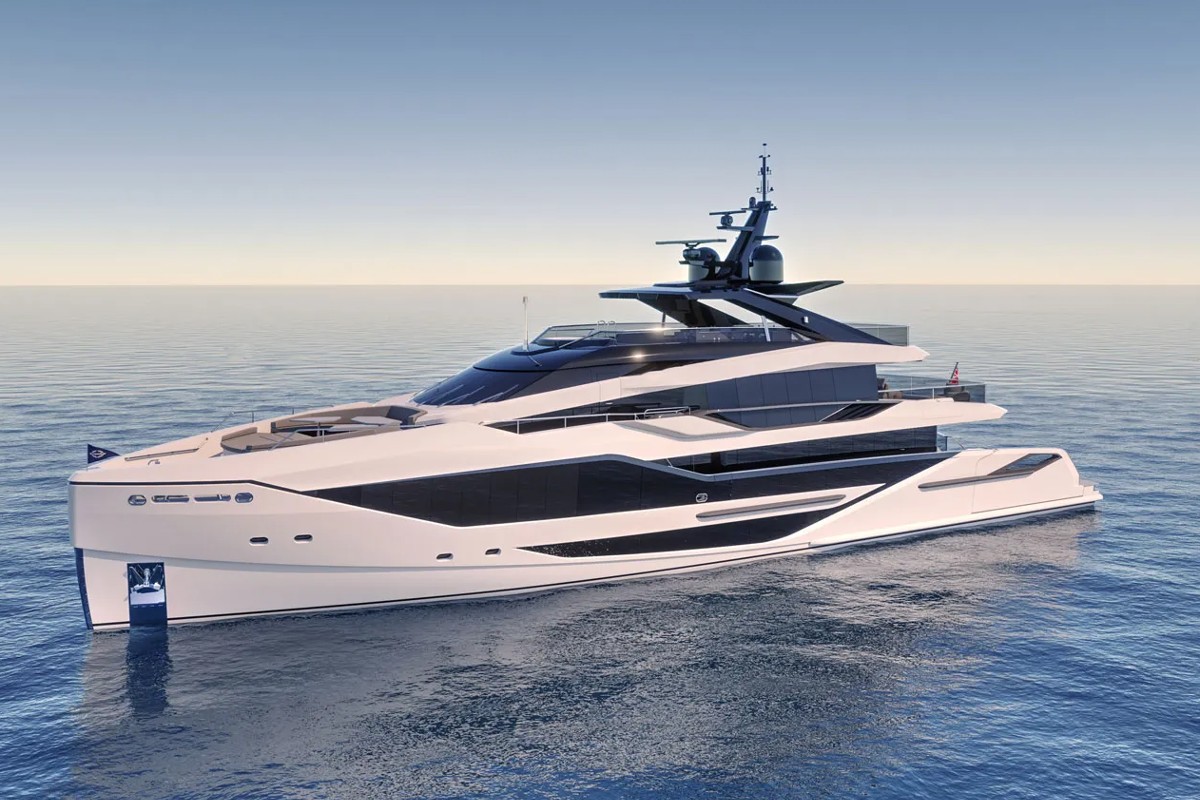 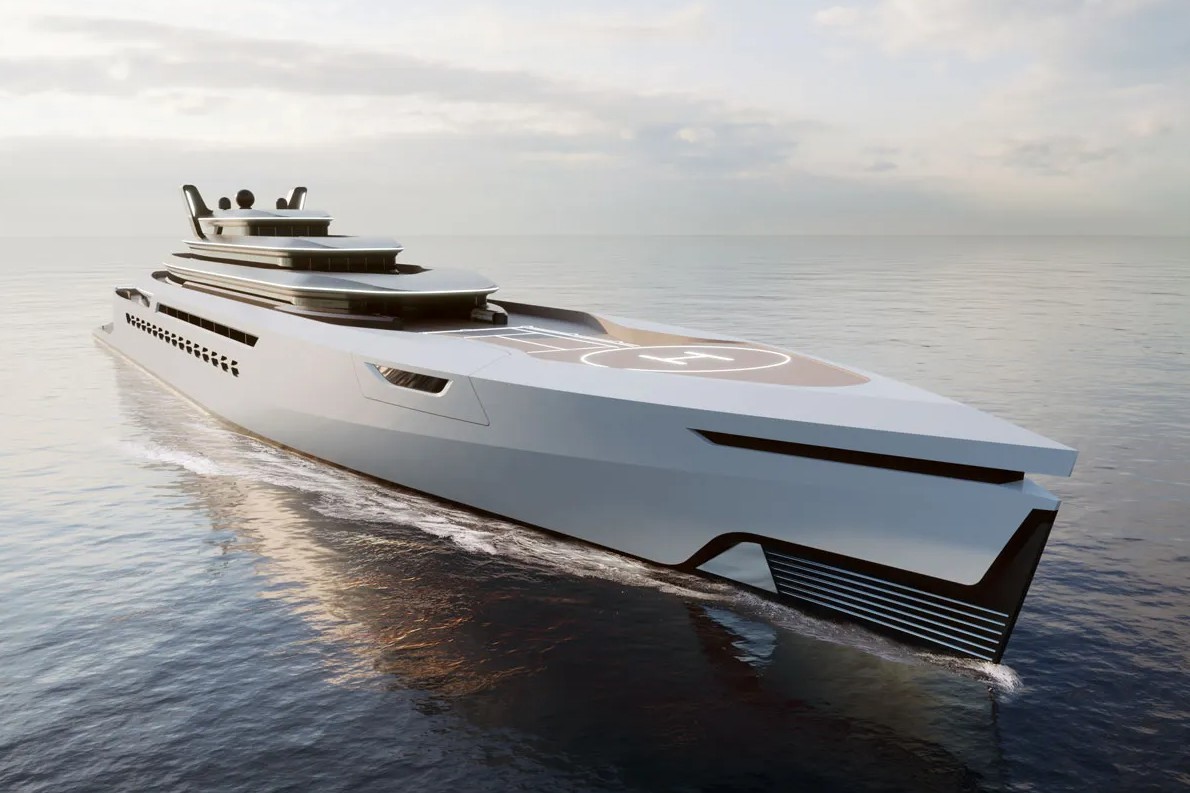 The superyacht division of Meyer Werft shipyard has displayed a new 210 metre concept, the second concept created since entering the superyacht market in 2021. Created by Meyer Yachts’ in-house team, highlights include a bow that can double up as a tennis court, a beach club that extends over two decks and a suspended infinity pool. 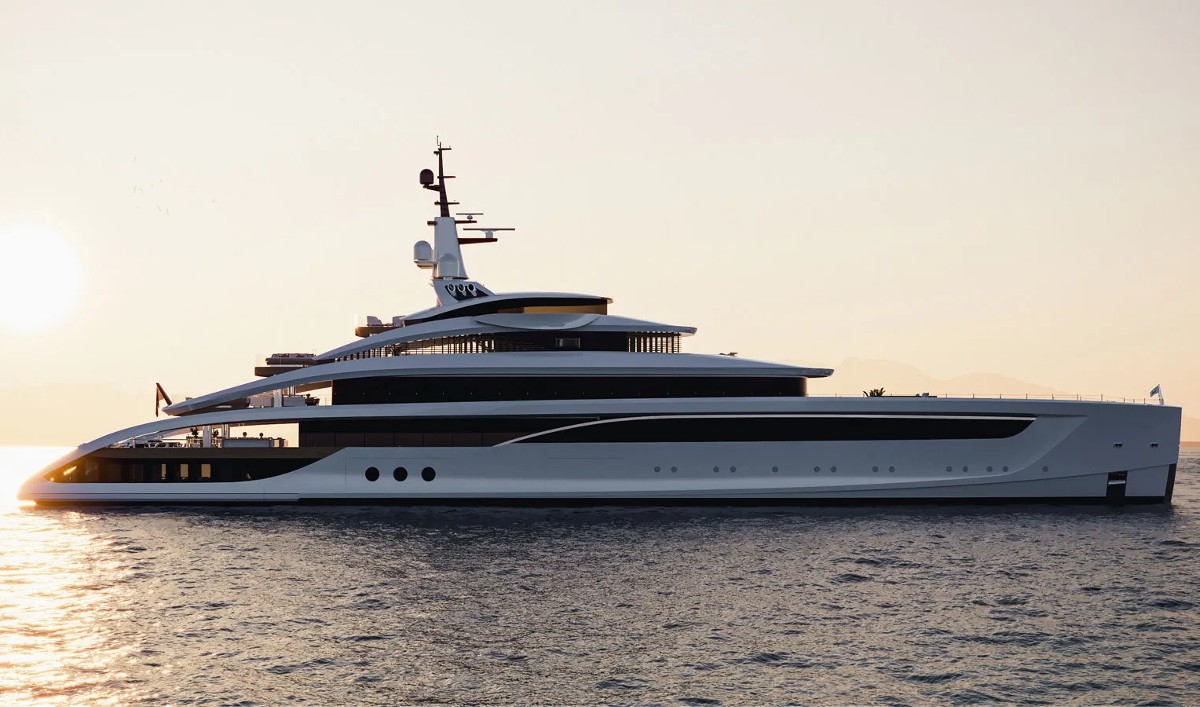 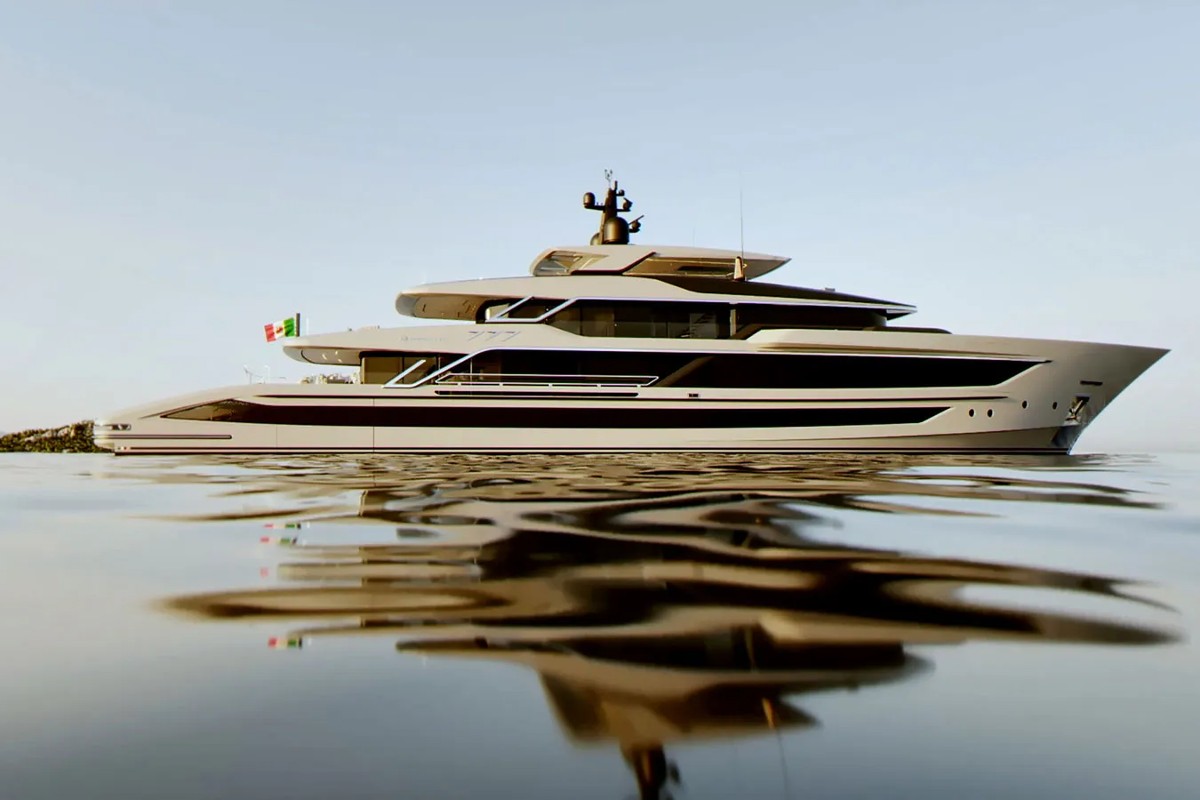 The start of next year will see Italian shipyard Baglietto begin construction on its 60 metre flagship yacht, the T60. Based on the same lines as the T52, the largest yacht currently in production at the shipyard, the yacht’s design by Francesco Paszkowski includes floor-to-ceiling windows in both the main saloon and the upper deck and a 60-square-metre beach lounge featuring a swimming pool. 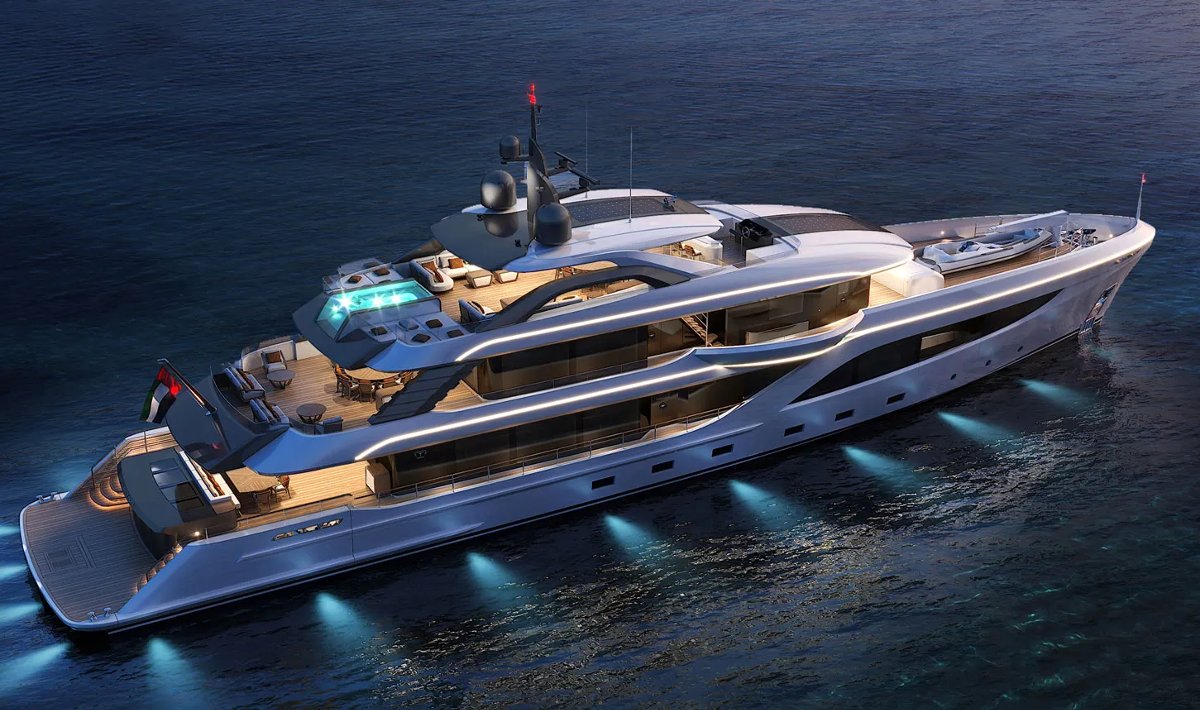 Gulf Craft has revealed its new Majesty 160 model that has been designed by Cristiano Gatto. The 49 metre yacht will be the second largest project for the UAE-based shipyard. The new model is an “evolution” of the Majesty 155 and “follows the new design precedent of the Majesty line-up” according to Gulf Craft chairman Mohammed Hussein AlShaali. 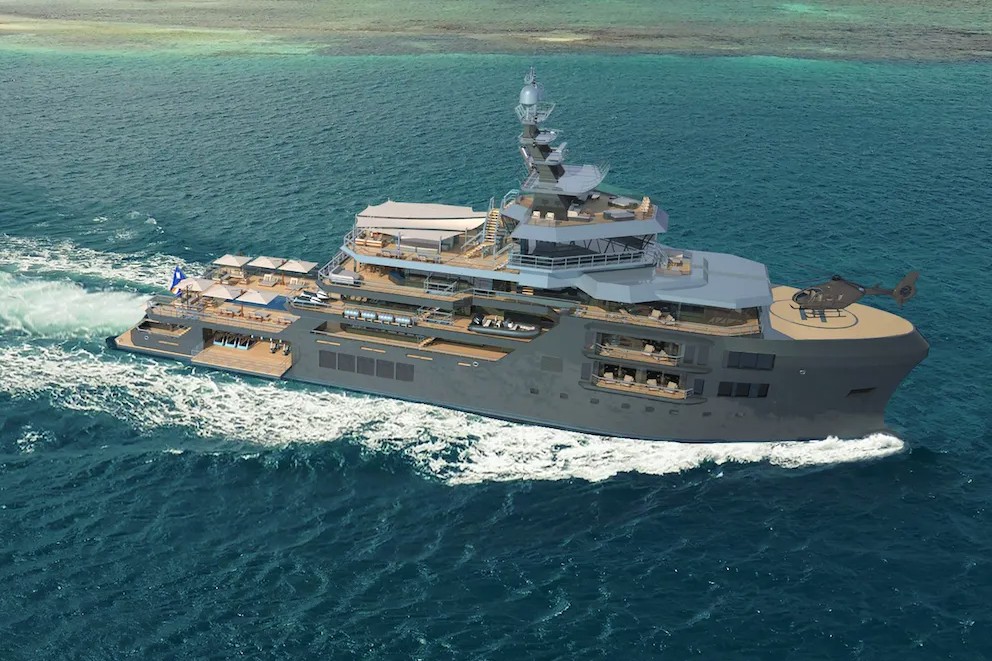 Dutch shipbuilder ICON Yachts has started work on the conversion 66 metre rescue and support vessel that will be transformed into a 70 metre explorer yacht. Named Project UFO, the build will feature an interior designed by H2 Yacht Design and Ice Class classification. With a 3,000GT, Project UFO has a master suite and four convertible VIPs for a total of 12 guests for charter and 18 during private operations.

Superyachts for sale on JamesEdition 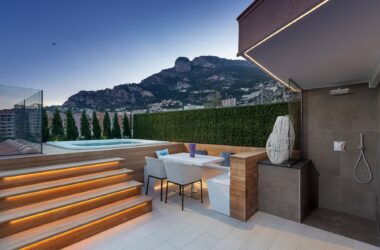 Local Knowledge Real Estate
Monaco is in the spotlight after Goldman’s return to the…
With one of the world’s largest private banks opening a branch in the city-state, let’s take a closer look at Monaco’s buoyant second home market and the best listings in the area. 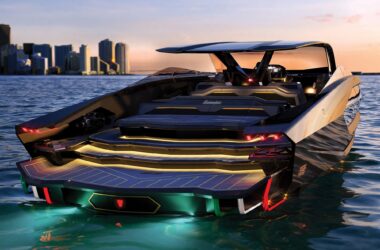 Handpicked Yachts Yachts
The Yacht Inspired by a Supercar: One of the first Lamborghini…
A rare boat, one of only 63 examples planned, hits the market in Florida, the United States.