Villa Balbiano from House of Gucci is now on Airbnb but you can also buy a property just next door By Sadie Whitelocks
Villa Balbioano, Lenno, Province of Como, Italy
Share
Share

Fringing the western midlake area of Lake Como, the quaint village of Lenno is home to some of the region’s most sumptuous and sought-after properties.

One of the mansions recently surfaced with a starring role in the highly-acclaimed House of Gucci movie.

Villa Balbiano, built in the late 16th century, plays the Italian home of Aldo Gucci (Al Pacino) and now viewers can relive their favorite scenes by renting it out via Airbnb for one night only on March 30 2022, to the tune of $1,125.

The six-bedroom, six-bathroom villa is one of the largest private residences on Lake Como but Lenno also boasts two more iconic properties; Villa La Cassinella and Villa del Balbianello. The latter has also featured in numerous movies and most famously George Lucas chose it as a filming location for his 2002 Star Wars installment, Episode II – Attack of the Clones.

One of the biggest lures of Lenno is its prime positioning away from the busier pockets of the lake but just 39km away from Como and a short drive to the Swiss border.

Location: The House of Gucci neighborhood

The picture-perfect village of Lenno hugs a beautiful stretch of the lake and enjoys unique views of the small wooded islet of Isola Comacina, which boasts a top-rated restaurant and interesting archeological finds.

Meanwhile, a verdant hillside serves as Lenno’s backdrop, with a colorful cascade of grand houses scattered amid the trees running towards the waterfront. Lido di Lenno makes for a wonderful place to while away warm sunny days with golden sands and good beach facilities.

Some of the other highlights in the community include several ancient churches, including San Stefano, Baptistery di San Giovanni and Santa Eufemia, which transport you back to worlds gone by.

Lenno certainly lends itself to someone looking for a quieter, more discreet spot to live but with plenty of amenities on the doorstep. For a change of scenery, the town of Menaggio and the village of Menaggio are easily accessible by boat or car.

The housing market in Lenno

When it comes to the housing market in Lenno it offers great value for money compared to other communities around Lake Como with the median housing price 44% lower than the average price.

What you can buy in Lenno

If you’re looking to invest in this picturesque part of the world, here are some of the current properties available for sale via JamesEdition.

One of the most unique properties in Lenno is now on the market – a fairytale-esque neo-medieval castle. The villa, built in the 1920s for the Pessina family, bears a strong stylistic resemblance to the famous Villa La Gaeta (now an upmarket hotel) completed in 1921 by the same construction firm and located just 10 km from Lenno, in San Siro. Villa La Gaeta appeared in the 2006 James Bond movie “Casino Royal”.

Villa Pessina boasts breathtaking lake views and outstanding architecture. It is shaped like a medieval, renaissance castle with inserted motifs of the liberty period.

The property offers six bedrooms, four bedrooms and numerous spaces for entertaining, with a mix of intricate antique and modern furnishings setting a regal tone. When it comes to the exteriors, there are multiple terraces and balconies wrapping around the property so you can soak up the sweeping views of the mature gardens and the lake beyond. Along with the main castle, there is a tower which can be used for staff quarters and a spacious guest house.

Modern villa with one of the best views over Lake Como

Perched up high in the upper climbs of Lenno, this slickly designed modern villa affords fantastic views over Lake Como. The bright and airy open-plan property is spread over two floors, with spaces on the ground floor including a large living area, a kitchen, three bedrooms and two bathrooms. Meanwhile, in the vast basement, there is a garage with room for up to five cars, a laundry room and a cellar, and an internal staircase leading to the habitable floor. Outside, a large private garden with a swimming pool completes the offering.

Waterfront apartments with a private dock and an infinity pool

This renovated villa split into four luxury apartments sits on Lenno’s promenade with many restaurants, bars and the beautiful Lido di Lenno within walking distance. On the ground floor, there is a fully furnished three-bedroom apartment with a private waterfront garden, wine cellar and a charming backyard priced at €1,450,000. Meanwhile, on the first and the second floor there are two four-bedroom apartments with spacious and bright living areas and exceptional lake views at €1,350,000. Finally, in the attic, there is a two-bedroom unit with a spectacular terrace offering an open view of Villa Cassinella priced at €850,000. Shared facilities include an infinity pool, sun deck and private jetty with four boat places. 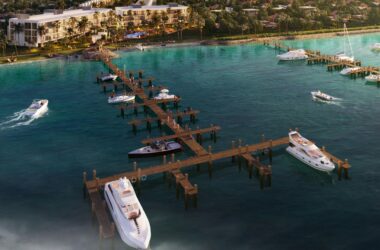 Local Knowledge Real Estate
The Space Coast awaits you: Step inside Florida’s most…
Home to Nasa, Space X, and some of the most affordable luxury real estate on the market 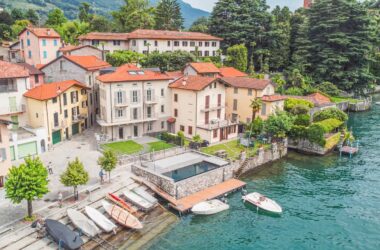 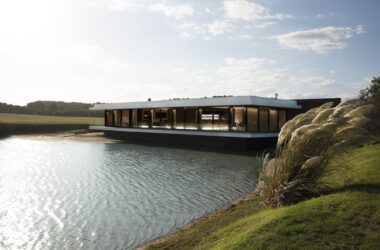