The Epicenter of Spanish Luxury: The top places to invest in the Western Costa del Sol

Look into the investment opportunities and the most attractive new developments, from Marbella to Estepona, New Golden Mile and Sotogrande.
Contemporary Mediterranean Villa in Marbella, Spain $10,003,401, for sale by Golden Properties Spain
Share
Share

The Western area of Costa del Sol spans from Marbella’s Golden Mile, to Sotogrande and encompasses cities such as Benahavis, Estepona and Casares. It is home to Spain’s most upscale neighborhoods, golf courses and resorts and a top destination for international buyers.

Golden Properties is known as one of the key players in the area, especially when it comes to new developments, which makes them the most beneficial options for those buyers who’re looking for investment opportunities. Off-plan properties in Spain can increase in price up to 30-50% when the building is completed, and the rental market has been growing steadily since 2008.

With that said, we asked Golden Properties’ brokers to select the best areas to invest, in the light of recent market developments.

1. The €280 million investments in Marbella: from an iconic stadium to the new project by Fendi Casa

The Golden Mile and Puerto Banus have traditionally been the most sought-after areas of Marbella.

A significant development in this region is the renewal of Marbella´s bullring stadium by UK developers Citygrove & Burlington, which has been announced in July 2021. This iconic stadium, located in Puerto Banus, has been largely forsaken due to the fading interest of bullfighting with Spain´s younger generations.

The design has been projected by NY architects KFP and includes luxury shops, open plazas, cultural venues and underground parking, in accordance with sustainability and the enhancement of the city´s profile.

This €100 million development is expected to bring the value of properties in the areas of Puerto Banus, Nueva Andalucia and Marbella´s Golf Valley (which in turn includes Aloha, Las Brisas and Los Naranjos) to new heights.

The French investment group Fierce capital is investing €50 million in exquisite new developments, such as La Fuente de Marbella, a luxury residential complex which is within walking distance to the beach in the Golden Mile.

Also in this exclusive location, Epic Marbella is being developed by Fendi Casa, representing an investment of €180 million in 56 luxury properties.

4 Bedroom New Built Villa in The Golden Mile, $2,582,738 in the boutique complex of only 15 independent villas, for sale by Golden Properties Spain

2. The €450 million development in Benahavis, one of Europe’s most privileged locations

The municipal boundaries of Benahavis extend well beyond this charming mountain pueblo to include Europe’s most exclusive urbanisations, including La Zagaleta and La Quinta. Benahavis represents one of the most luxurious destinations in Spain due to its panoramic sea views, privileged location and proximity to Marbella.

This year has witnessed a dramatic amount of demand, with a record number of transactions upon the lifting of coronavirus restrictions.  For example, Villa Cullinan in La Zagaleta, the most expensive in Europe, sold for a whopping €32 million.

A noteworthy development in Benahavis is the new residential resort of Real de La Quinta, which represents an investment of circa €450 million.

With 200 hectares, it now includes 24-hour security and full panoramic views of the Mediterranean, Gibraltar and the North African Coast. Most of all, the resort will have a private lake with a beach club, equestrian center and golf academy, amongst other luxury facilities.

The residential complex of Olivos has been finished and another called Quercus is underway. Most of all, various luxury villas surpassing the three million euro mark are now under construction from developers such as Bright and Otero.

3. The €480 million in development in Estepona and the New Golden Mile: contemporary projects and high-class urban amenities

The New Golden Mile consists of the stretch between Marbella and Estepona, including regions such as Atalaya, Los Flamingos, Costalita and Selwo. This area has benefited from the highest level of investment in recent years.

Noteworthy developments include El Mirador del Paraiso and Velaya. The former is a gated urbanization within El Paraiso where the developer is now finishing several exclusive villas with a contemporary design, panoramic sea views and infinity pools, as well as a new development called Infinity which has unique independent penthouses with their private garden, terrace pool and views of the golf course and the sea.

Estepona has seen an incredible number of investments in the last couple of years. For instance, in 2021 Ikos Resorts opened in this area , notably the first five-star, all-inclusive, luxury hotel of Spain, with an investment of €250 million.

A new, state-of-the-art public hospital has also opened its doors, after an investment of €15 million and a new commercial plaza will be built close to Estepona´s marina for €14.5 million. This city has also received more than €200 million investments in new real estate developments in recent years.

3 Bedroom Penthouse with Infinity Pool $5,036,340 in the seafront complex, Estepona, for sale by Golden Properties Spain

4. The €490 million developments in Sotogrande: world-class architecture and five-star facilities

Since its inception in the 1960s, Sotogrande has developed into the largest and most significant private urbanization in Spain. It boasts elegant palm boulevards similar to Palm Springs in California, the best Polo facilities in Spain, as well as an attractive marina with restaurants and the exclusive golf courses of Valderrama and La Reserva.

The bulk of the new developments in this region are now taking place in the northern areas of Sotogrande Alto and La Reserva.

In Sotogrande Alto, the Almenara Hotel is being completely refurbished pursuant to a €30 million renovation to bring it to the highest 5-star rating in accordance with international standards. Several luxury villas have been recently finished in the vicinity with wonderful views of the golf courses and cork-tree forests.

La Reserva is witnessing a major transformation due to colossal investments by the  US private equity firm Orion Group. A new club with one-of-a-kind beach facilities, sports lagoon, restaurant, spa and tennis club has been launched in recent years, representing an investment of €10 million.

Surrounding the lagoon and fairways, several villa projects are now finished or underway. The Seven consists of seven properties designed by the world’s leading architectural studios. The Fifteen features 15 villas with panoramic views, set in a unique gated park residence designed by famous landscape architect Jean Mus. The Lagoon Villas are ideally located in front of the sports lagoon and La Reserva Club. There is also El Mirador Villas which is completely sold out. In total, these investments represent a whopping €250 million.

Apartment in Sotogrande, $1,279,629 set in the exclusive gated community, for sale by Golden Properties Spain

Last but not least, a noteworthy development in the Sotogrande area consists of the future luxury urbanisation of Almenara II by La Zagaleta group, which purchased a 220-hectare plot back in 2016. The UK-based investment group is now investing €200 million towards a new golf course, beach club, equestrian centre, luxury hotel and fifty serviced villas.

This should increase competition with Sotogrande SA, but should also improve the attractiveness of the area for ultra-wealthy buyers who are looking for a more tranquil lifestyle, Sotogrande International School and world-class facilities. 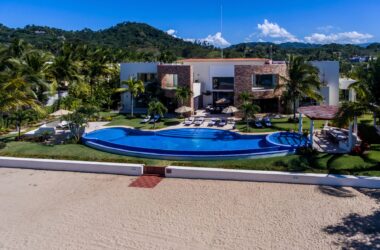 Buyer Advice Real Estate
Rise of the Escape Home: Wave of international relocations…
It’s official: we’re living in the era of the getaway property. Escape homes are on the rise as many people seek out places of respite during the pandemic. 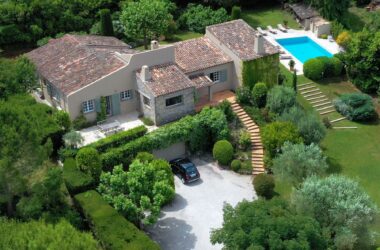 Handpicked Homes Real Estate
Co-owning like the wealthy: The collection of luxury villas in…
Shared ownership as the best lifestyle investment: find out more about co-owning villas in top European destinations with no mortgage. 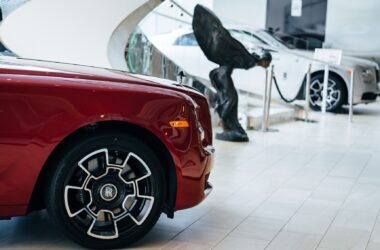