Explore the luxurious eight-bedroom mansion for sale on one of the world's most expensive streets. By Laura Evans
Huxley House, Bishops Avenue, London, £17,000,000
Share
Share

The Bishops Avenue is one of the most sought-after roads you’ll come across when house hunting. Home to 66 upscale and eclectic properties, the combined value is estimated at $620 million. Considered one of the most exclusive places to live in the UK, the vast residences have colorful histories, with owners (current and previous) including monarchs, business magnates, and celebrities.

Heather Mills (the former wife of Paul McCartney), owned an apartment there, as did property tycoon Andreas Panayiotou and newspaper mogul Richard Desmond.

Wander along the leafy street that runs from Hampstead to Highgate and you’ll notice a variety of architectural styles, from neo-Jacobean mansion Dane Court to Heath Hall, a Grade II listed pile influenced by the Arts and Crafts movement. Inside the houses, wide-ranging amenities and facilities await, from swimming pools, tennis courts and elevators, to private bowling alleys and panic rooms.

We have four red-brick mansions for sale in the area, with prices ranging from $14 to $23 million. The largest, located right on The Bishops Avenue – Huxley House – caught the eye of the press recently when it was featured in a TV series, drawing attention to the property and neighborhood.

Home for sale on Courtenay Avenue, a private gated road parallel to the Bishops Avenue

Close to Hampstead Heath – the iconic green space covering 320 hectares that’s home to English Heritage Kenwood House – The Bishops Avenue is also within walking distance of a host more parks, including The Hill Garden and Pergola, Waterlow, and Queen’s Wood. If hitting the fairways is more your thing, Highgate Golf Club is a five-minute drive away, offering a fair challenge for all abilities.

In terms of schools, there are plenty of notable educational facilities in the locality, including South Hampstead High, Highgate School, Henrietta Barnett, and University College.

On the boundary between Travelcard Zone 2 and 3, The Bishops Avenue is central – just nine kilometers from Mayfair – yet you feel far from the hustle of Zone 1. Nearby, you’ll find an array of cozy pubs such as the Red Lion and Sun and the Bull and Last, both ranking in the 2021 Top 50 gastropubs list.

Huxley House for sale on the Bishops Avenue

Spanning 1,350 square meters across four levels, there’s a lift from top to bottom, five receptions rooms, eight bedrooms, and nine bathrooms. Outside in the landscaped grounds, you’ll find a patio for al fresco dining plus a pool. And the master suite boasts a seven-meter balcony to admire the glistening water from.

Part of the Bishops of London’s hunting park in the 1800s, that’s where the prestigious street got its name from. Nowadays, among ultra-wealthy circles around the world, the avenue is just as well known as Buckingham Palace, and the pricey stretch is a haven for affluent wealthy investors wanting to make a statement.

Home for sale on Courtenay Avenue parallel to the Bishops Avenue

Homes for sale close to the Bishops Avenue

If you can’t find somewhere you’d like to buy on the extremely sought-after Bishops Avenue, there are lesser-known but still in-demand addresses close by. Alongside Huxley House, we have three other properties listed in the vicinity.

There’s this seven-bedroom detached house on Kenwood’s Courtenay Avenue, a private gated road 24-hour on site security guard. On the market for $23,005,000, the elegant residence covers 1,165 square meters and features an internal swimming pool leisure complex. On the same road is this $14,250,000 family home with seven bedrooms and bathrooms, set behind a large carriage driveway. And in Hampstead Garden Suburb on coveted Ingram Avenue is this attractive $20,355,00 mansion with 1,175 square feet of space, plus four reception rooms, seven bedrooms, and staff quarters. 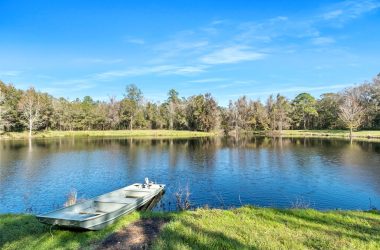 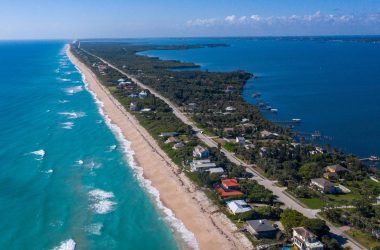 Local Knowledge Real Estate
Oceanfront mansions and SpaceX launches: 4 Reasons to buy into…
Now is the time to take advantage of the last affordable, high-end waterfront properties available in Florida. 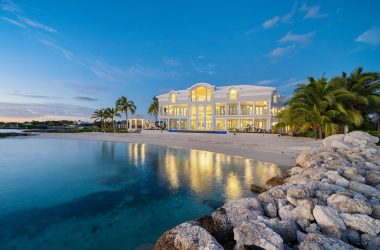