A closer look at the beneficial regime in Portugal, in comparison to similar schemes in eight other European countries.
Apartments in Foz do Douro, Portugal, €575,000
Share
Share

Portugal is one of the most popular European countries for expats. Reasons for this include its warm climate, reputation for great safety, fascinating history, and stunning beaches.

Foreign residents in Portugal increased by 40% from 2011 to 2021 and it remains a very popular choice for non-nationals to choose for their permanent home.

Thousands of European and American citizens have chosen Portugal to live over recent years, and benefiting from this tax regime was an important factor in their decision.

Besides all these attributes, Portugal has a very competitive tax regime for physical persons (when compared internationally with others), particularly if they have high passive income: the Non Habitual Resident Regime.

We talked to Ana Aroso and Isabel Pinto Leite, partners at real estate agency Residents – Real Estate, about the benefits  Portugal’s tax regime has for well-heeled property buyers. One of the agency’s key specialisations is international tax advisory and dealing with all sorts of tax issues.

With their help, we will try to outline this tax regime.

1. Am I eligible for the Non-Habitual Resident Regime?

To qualify as a non-habitual resident, an individual must:

After registration, the non-habitual residents can benefit from the regime for a period of ten years.

Portuguese nationals may also benefit from the regime, and this makes the regime extremely attractive for emigrants that want to return.

To become a tax resident in Portugal, an individual must:

2. How does the Non Habitual Resident Regime apply for 4 key income sources

Passive income from foreign sources is exempt from tax in Portugal (state of residence) if:

The law doesn’t require effective taxation in the source country, so it is possible to obtain a double non-taxation.

Passive income from a Portuguese source is subject to tax, generally by a flat tax rate of 28% (depending on the kind of income).

Income from a foreign source is exempt from tax in Portugal (state of residence) if:

Income from personnel services from Portuguese sources is subject to a flat tax of 20%, if the services are considered to have value-added (the list of professions is the same as the employment situations).

Foreign income from professional services that would not meet the criteria of “value-added”, are taxed under the same rules as the normal residents in Portugal.

Foreign-sourced pensions (and other similar income) are subject to a special rate of 10%.

Employment income from a foreign source is exempt from tax if they have been taxed in the source country. The law requires effective taxation but does not establish a minimum requirement. There are no restrictions onemployment income that is sourced in blacklisted countries.

Income from Portuguese sources is subject to a flat tax of 20%, if they are considered to have high value added – and now there are 2 lists of professions:

Since October 2019, there is no need to obtain prior recognition of high added value activity by the Tax Authorities. The taxpayer must only demonstrate that his activity is classified as High Value Added if Tax Authorities ask for it.

3. Other advantages of Portugal as a tax resident

Apartments with a terrace overlooking the Douro River, €945,000

4. How does the Non-Habitual Resident Regime compare with other regimes around Europe that grant similar benefits

People looking to find a permanent home in Europe will be concerned with the different regimes available to them. Portugal is just one and many other nations have similar and comparable schemes.

Below, we’ve highlighted the regimes in Spain, the Netherlands, Belgium, Switzerland, the United Kingdom, Malta, Greece and Italy.

Territorial based taxation system, with the exception of employment income. Employment income will be taxed at the flat rate of 24% until the limit of 600,000 euros. The regime has a duration of 6 years.

Requirements: You must not have been a tax resident in Spain in the previous 10 years and must have an employment agreement or be a manager of a company in Spain.

Disadvantages when compared with the NHR: Limited to people that come to work in Spain, not accessible to investors, wealthy people that don’t work for a company or retired people. Potential inheritance tax in Spain. Difficulties in obtaining a tax resident certificate and therefore be entitled to benefit from tax treaties.

Territorial based taxation for some types of income, treated as non-residents: 30% of the salary is tax free. The regime has a duration of 5 years.

Requirements: To transfer the residency to the Netherlands due to an employment agreement, you must not have lived in the country for at least 2/3 of the last 24 months and have skills or knowledge that are lacking in the Netherlands.

Disadvantages when compared with the NHR: Limited to people working in the Netherlands with relevant knowledge or skills.

This regime no longer treats non-habitual residents and non-residents and worldwide taxation applies. 30% of income is untaxed, to a maximum of 90,000 euros and some allowances such as housing costs are not taxed. The regime has a duration of 5 years

Requirements: You must not be a Belgian citizen and must never have been a resident in Belgium. You must be employed temporarily in specific activities with required knowledge or skills. You must also have the continued interests in other countries as well as Belgium.

Disadvantages when compared with the NHR: Limited to people working in Belgium with relevant knowledge or skills and the issue of worldwide taxation.

This regime relies upon an income based on wealth and lifestyle for example, 7x annual rent and this wealth is also presumed for purposes of wealth tax (based on the presumed income). The duration of this regime is undetermined.

Requirements: You must not be a Swiss citizen and must not have been a resident of Switzerland in the past 10 years. You also must not work in Switzerland.


Disadvantages when compared with the NHR: The cost of living in Switzerland and minimum tax thresholds may be considered quite high, as well as the lump sum required. This does not make it inaccessible to all.

Disadvantages compared with the NHR: The UK is not a EU member or a Schengen area member. Residents may require some type of permanent visa and the cost of living is high.

Territorial taxation with remittance basis, only on the income remitted to Malta. Capital gains from outside of Malta are not subject to tax, even if remitted. Malta also has a special scheme for high-net-worth individuals that limits the remitted income to a flat rate of 15%, but they must meet additional requirements.

Requirements: You must be a resident, but not domiciled, in Malta. Domicile status does not depend on nationality, but the ties are stronger than ordinary residency.

Disadvantages compared with the NHR: Becoming a resident in Malta means living in the country for more than 183 days per year. Being a small island, with few infrastructures, few flight connections might be limiting for individuals used to living in more connected and larger countries.

Territorial basis taxation after a lump sum payment of 100,000 euros (plus 20,000 for family members). Only income that arises from Greece will be additionally taxed. The regime duration in 15 years.

You must not be a tax resident in Greece for 7 of the previous 8 years. You must make an investment of 500,000 euros or more in property, business, bonds or shares in Greek companies

Disadvantages when compared with the NHR: The initial lump sum payment of 100,000 euros is very high.

There are three special tax regimes in Italy, but the most relevant is the “opzionale di imposizione sostitutiva per I nuovi resident”. This works on a territorial basis of taxation after the option of a lump sum payment of 100,000 euros (plus 25,000 for family members). Some capital gains will still be taxed and there are also limited territorial inheritance and wealth taxes. The duration of this regime is 15 years.

Requirements: You must have been a tax resident in Italy for 9 out of the previous 10 years.

Disadvantages when compared with the NHR: The initial lump sum payment of 100,000 euros is very high. 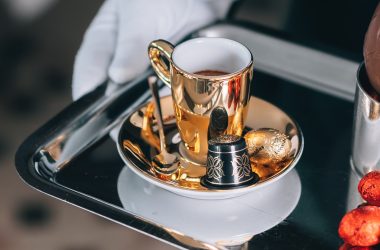 Buyer Advice Extraordinaire
Specialty Selection: The world’s rarest coffee is now…
The collection is served by Michelin chefs and includes the highest quality beans, with a price tag to match. 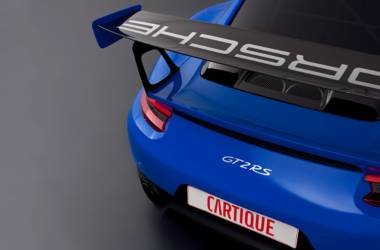 Buyer Advice Сars
Top 10 Most Expensive Porsche Cars in 2022
All you need to know about the most valuable Porsche models on the market. 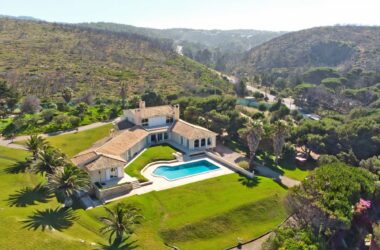 Local Knowledge Real Estate
Five unmissable estates for sale in Portugal, from Comporta to…
Your chance to own a property in the Hamptons of Europe.
Newsletter
Exclusive luxury insights
For newsletter subscribers only