No matter what motivates a second-home purchase in the city, be it work or pleasure, buyers should approach the process with due diligence.
157 West 57th Street 56C, $21,800,000, for sale by Corcoran Real Estate MH East Side Sales
Share
Share

Literally translated, the French pied-à-terre means “foot on the ground.” In real estate parlance, the term refers to a residence purchased and maintained for occasional use — anything from a couple of times a year to several times a week.

There are as many reasons for New York City pied-à-terre ownership as there are pieds-à-terre in New York City. But no matter what motivates a second-home purchase in the city, be it work or pleasure, buyers should approach the process with due diligence.

In theory, any New York City residence can serve as a pied-à-terre, from a walkup studio with a Murphy bed to a triplex penthouse on Central Park. In reality, however, not all New York City buildings allow a foot on the ground, or do so only with caveats.

Cooperative buildings aren’t out of the question, but co-op boards are known to frown on pied-à-terre purchasers, either imposing special restrictions or shunning them altogether. In general, a condominium will present fewer purchasing hurdles if the buyer has a mind to sublet the property in their absence, or to informally make it available to friends and family. A good real estate agent can steer a buyer through the process, co-op or condo, but it’s good to know that of the 11,000 or so pieds-à-terre in Manhattan, some 80 percent of them are condominiums.

Location is another prime pied-à-terre consideration, and it is important to note that some neighborhoods are friendlier to second-home ownership than others.

For most pied-à-terre buyers, Manhattan is the one and only option. In neighborhoods such as the Upper West Side and NoMad, the borough offers superb options for those looking to be in the thrumming center of the hive and for those who want something a bit more easygoing.

But these days, the outer boroughs, particularly in riverfront neighborhoods like Long Island City in Queens and Williamsburg in Brooklyn, offer uncommon purchase opportunities for savvy pied-à-terre buyers and remarkably uncomplicated access to Manhattan. Moreover, these neighborhoods have thriving dining and cultural scenes of their own, further sweetening the deal.

The Upper East Side

The established ease of the Upper East Side has made the neighborhood a favorite of pied-à-terre buyers for decades. Beyond its commercial and cultural charms, which include peerless shopping and dining options and access to the Metropolitan Museum of Art and the Guggenheim, this leafy precinct between Central Park and the East River offers remarkably easy Manhattan access for pied-à-terre owners coming from Connecticut or the Hamptons, or for owners arriving from other countries via the John F. Kennedy International Airport.

The Upper West Side

Bounded by Central Park and the Hudson River to the east and west, and 110th and 59th streets to the north and south, the Upper West Side has plenty to offer the pied-à-terre buyer — including the magnificent Lincoln Center for the Performing Arts. Among Manhattan neighborhoods, the UWS has a relaxed energy, with superb shopping and dining options and verdant cross streets that exude romantic-comedy charm, whether near to Central Park or the neighborhood’s other green space, lovely Riverside Park.

To be sure, they don’t call it Billionaire’s Row for nothing: Living in this rarefied Manhattan realm — in slender towers like One57, 432 Park Avenue, 53 West 53rd Street, and 220 Central Park South — is not for the light of wallet. But for pied-à-terre buyers of atypical means, the rewards of a CPS address are stupendous, including direct access to Central Park in one direction, and to the museums, theaters, and restaurants of Midtown in the other.

We typically think of New York City pied-à-terre ownership as a leisure pursuit, but for a good many foot-in-the-ground buyers, business is the prime motivator. For executives seeking a Manhattan foothold for occasional work stays, Midtown is an excellent choice. Naturally, it’s hard to fault superlative shopping, Broadway theaters, and cultural pillars like the Museum of Modern Art, but it’s Midtown’s skyscraper side — and its well-known pied-à-terre friendliness — that makes Manhattan’s bustling midsection an appealing choice for the briefcase set.

Established with New York City’s 1999 designation of the Madison Square Park North Historic District, the mid-Manhattan swath known as NoMad has emerged as a hotspot of urban cool. Boundaries are contentious, but most agree that the neighborhood, adored for its happening nightlife and vibrant cultural scene, spans west to east from Sixth Avenue to Park, and north to south from 31st Street to 23rd. For pied-à-terre buyers, options range from inestimably charming prewar lofts to cutting-edge high-rise residences.

The history of Greenwich Village is one of poets and paupers, of artists, actors and activists. Edgar Allan Poe lived here for a time. So did Jackson Pollock. John Lennon had a place here, too. The neighborhood known to Manhattan’s early Dutch settlers as the Groenwijck, or Green District, remains as alluring as ever, and the cinematically lovely streets around New York University charm pied-à-terre buyers with some of the city’s finest architectural treasures, many dating to the 19th century.

Let’s be frank: For most NYC pied-à-terre shoppers, Brooklyn simply isn’t on the map. But those who discover the borough’s charms — particularly in right-over-the-river Williamsburg — are in for a treat. Tied to Manhattan by an eponymous bridge and blessed with a splendid waterfront, Williamsburg presents a trove of happening restaurants and diversions. For pied-à-terre shoppers, the neighborhood offers street after street of handsome vintage buildings and sharp new developments, along with some of the city’s most spectacularly reimagined industrial buildings.

The eastern terminus of the iconic Queensboro Bridge, this lively Queens neighborhood hasn’t always enjoyed pied-à-terre appeal. For decades, Long Island City, defined by gargantuan factory and warehouse edifices, was designated an industrial area. But an auspicious rezoning in 2001 launched a residential renaissance, spurring a development boom that continues to this day. In addition to painless access to Manhattan, LIC delights year-rounders and occasional residents alike with a vast and growing array of galleries, performing arts venues, and restaurants. 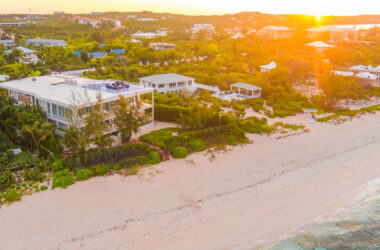 Local Knowledge Real Estate
A historic real estate quarter for Turks and Caicos: Surging…
The best places to buy a luxury property in Turks and Caicos, one of the hottest Caribbean destinations in 2021. Local Knowledge Real Estate
Bloomberg has named the best place in the world to wait out the…
Escape to the unique private island Ulvsnes, Norway, for a change of pace among the fjords. 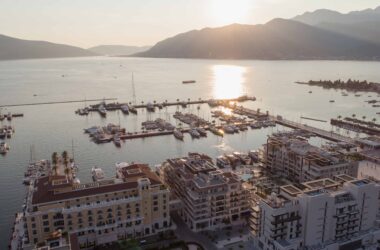