New York’s Hamptons epitomize a place preceded by its reputation. This storied collective of neighborhoods, nestled entirely on the south fork of Long Island’s East End (and honorarily, Shelter Island), are known near and far for their celebrity residents, south-of-the-highway sandcastles, and pristine ocean beaches, some of which rank regularly among the world’s best. But of course, you already knew that.

Though seen largely through rosé-colored glasses, the truth is that Hamptons life, unlike Balsam Farms corn, is anything but a seasonal affair. The area’s innate draws have long cultured a year-round society, amplified by their shockingly convenient proximity to Manhattan.

More recently, the rise of hybrid and remote work arrangements have opened new doors, welcoming an increasing number of weekend and full-time residents to stick around long after Lunch serves its last lobster roll of the year.

In spite of its perceptive seasonality, the area’s infrastructure and services have grown to mirror what you’d expect of any developed suburban community. Many properties have municipal water and gas lines. Boaters, whether transient or at calling at home port, benefit from town and county marinas, not to mention countless private ones. Southampton Hospital, the birthplace of Jacqueline Kennedy Onassis (nee Bouvier), is affiliated with Stony Brook University, and well on its way to constructing a new facility designed by starchitect Rafael Viñoly.

And while big city energy is ever-present, make no mistake: the East End’s cosmopolitan flavor is markedly vernacular, defined by its centuries of old-world influence, rolling surf, and pristine turf — the latter, of course, both of nature’s creation and all those championship golf courses.

The Hamptons are a world in their own right, where tactile relics of its halcyon-day cast of characters are seemingly impossible not to connect with, leaping zeitgeist from the pages of Dan Rattiner’s books to infuse the more subdued pace of life here beloved for generations. After all, this is where Jackson Pollock threw paint across a barn, Truman Capote penned In True Blood by the piano at Bobby Van’s, and Billy Joel helmed the real Downeaster “Alexa.” More than a place (or rather a collection of them), the Hamptons are simply a state of mind.

No matter what your dreams may look like, the Hamptons are a rare unstretched canvas to manifest them all. Consider these exciting lifestyles—and distinguished properties that align — for perennially tasteful living “out east.”

The pastures and polo fields of the Hamptons’ verdant interior abound with secluded, large-acreage estates, distant in mind from all the beach bustle yet still a shell’s throw from the sand.

You’ll find an exceptional concentration of such properties in the hamlets of Bridgehampton and Water Mill, in the town of Southampton, and Wainscott and Sagaponack, in the town of East Hampton, though truly every corner of the Hamptons offers its share of grand-scale real estate.

It Takes a Village

Going to town here can at times seem like an occasion, particularly if you’re rolling onto the scene with statement-making wheels, but there’s also something to be said about already being there.

The South Fork’s vibrant villages boast some of the most high-fashion neighborhoods anywhere on earth, affording a perfect marriage of luxury, hedged-in privacy, and the convenience of having everything within car-free distance. You’ll have shopping, dining, and beaches all close to home, not to mention a train to Penn Station, Long Island City, or Brooklyn’s Atlantic Terminal.

The in-town stock is also hardly singular, ranging from Victorian classics on modestly-sized parcels to veritable compounds, like those off East Hampton’s Main Street or along Lake Agawam in Southampton Village. Best of all, you’ll never have to worry about finding that vintage classic a safe parking spot.

On the Dock of the Bay

Atlantic beaches are what most associate with waterfront living in the Hamptons, but it’s the other shore, on Peconic and Gardiners Bays, that played the critical role in putting the East End on the map. This serene, sand-bottom estuary is today an unspoiled haven for every form of water-borne recreation, skirted by an incredible array of waterfront properties bringing together the best elements of coastal living — few more coveted than a private mooring.

Sag Harbor, which holds the distinction of being the oldest congressionally-declared port of entry in the United States, still retains the feel of a classic maritime community, though its deep water slips have long since passed from whaling ships to the “Cayman Navy,” a nickname local boaters have given the fleet of megayachts badged with George Town on their sterns. To paraphrase Otis himself, it’s worth roaming even two thousand miles to make these docks your home. 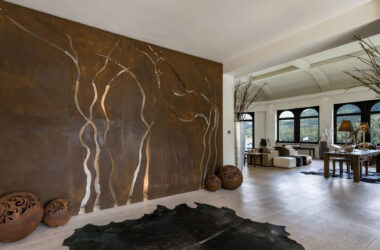 Local Knowledge Real Estate
The 7 most sought-after Alpine chalets: Switzerland generates…
Which properties are users searching for on the eve of the new ski season? 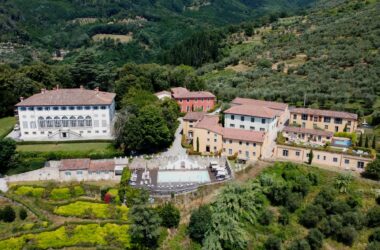 Local Knowledge Real Estate
Top 5 homes for sale in Lucca, Tuscany’s newest hotspot
Home to some of the most appealing villas in Italy, it’s no surprise the medieval walled city has garnered an international following of late. 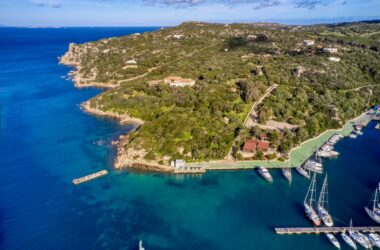 Local Knowledge Real Estate
Top 7 European destinations chosen by superyacht owners in 2021
Bloomberg reports the most sought-after Mediterranean sailing locations. No surprise, they host some of the best seafront villas on the market.
Newsletter
Exclusive luxury insights
For newsletter subscribers only