From Messi to Ronaldo and Rio de Janeiro to New York, we delve into homes owned by top-ranking players around the globe.
Cristiano Ronaldo, whose real estate portfolio is valued at approx. $52.4 million, rented this €13.5 million villa in Marbella's La Zagaleta in 2018
Share
Share

It’s not rare for homes from celebrity portfolios to be marketed with JamesEdition through world-leading real estate agencies. These outstanding properties are often highlighted in our Journal, from Madonna’s mansion in Los Angeles and Mariah Carey’s colonial-style house in Atlanta to Leonardo DiCaprio’s Los Feliz Tudor residence.

In the midst of the FIFA World Cup Championship, we decided to explore a handful of the most striking real estate portfolios owned by top-earning soccer players.

Ranging from $1.6 million up to $18 million and spanning destinations like Paris, Barcelona, Marbella, Madrid, Lisbon, Madeira, Mallorca, Miami, São Paulo, and Warsaw, there’s much to discover.

The Paris Saint-Germain forward has a $28 million real estate empire in some of the world’s most exclusive destinations. While he plays for the high-profile team, Messi reportedly rents an apartment in the French capital for $21,000 a month.

When Barcelona was his club, the star owned a contemporary sea-view mansion in a no-fly zone in the upscale suburb of Castelldefels. Valued today at around $7 million (he paid $2 million in 2009), it’s not clear whether Messi kept the property when he moved teams.

In 2019, Messi purchased a sprawling ocean-facing condo in Miami’s Sunny Isles Beach for $5 million. The sleek 511-square-meter pad boasted four bedrooms and bathrooms and 360-degree vistas of the city skyline, plus a private pool and a 1,000-bottle wine cellar. There were reports Messi put this deluxe getaway on the market in 2021 for $7 million.

That wasn’t the last of his Miami investments: The skilled sportsman splashed out on a $7.3 million residence spanning the entire ninth floor of The Regalia, a modern 39-story development in the same area. However, he relisted it seven months later.

Back in Europe, Messi has an $11.5 million holiday haven on the western coast of Ibiza with 1,860 square meters of inside space and a huge pool in the garden. The footballer also owns MiM Ibiza and Spa, adding to his burgeoning collection of hotels.

Finally, in his hometown of Rosario in Argentina, Messi built a capacious estate across three plots of land. Coined “The Fortress”, noteworthy features include a large cinema, an underground garage for 15 cars, and a playroom across the entire top floor.

With a glittering career that’s taken him across Europe, Ronaldo’s accumulated a property portfolio of $52.4 million. Along the way, he’s owned a $7.1 million residence in Alderley Edge, a prestigious area close to Manchester, and an $18 million 233-square-meter condo in Manhattan’s Trump Tower, with second-to-none panoramas of the Big Apple.

After his move to Madrid, he bought a $5.8 million house in the upscale La Finca neighborhood, featuring a football pitch, spacious terraces, two pools, and a state-of-the-art gym.

With his move to Italy’s Juventus came another purchase: two adjoining villas on a private road in Turin. Meanwhile, over in Spain, Ronaldo has a $1.6 million four-bedroom holiday home in Marbella, in a suburb known as “The Superstars Cul-De-Sac”. Features include an uber-modern exterior, vaulted ceilings, floor-to-ceiling windows, and glorious Mediterranean vistas from the infinity pool.

Back home in Madeira, the star owns a luxurious seven-story mansion in Funchal that he spent an estimated $8 million renovating. The luxurious abode has two Olympic-sized swimming pools and a rooftop with unparalleled sea views.

On mainland Portugal, Ronaldo forked out $7 million for a 288-square-meter apartment in Lisbon’s Avenida da Liberdade – the most expensive flat ever sold in the capital. He’s said to own a second pad in the city, and is also building an estate on a 2.47-acre lot of land in Cascais’s Quinta da Marinha, an exclusive residential area. Ronaldo paid around $7.2 million for the plot, and costs are thought to be hovering at around $20 million for the project.

Paris Saint-Germain star Neymar owns two homes in his native Brazil. In São Paulo, he paid more than $3.25 million in 2021 for a mansion with seven bedrooms and a 20-car garage. Sitting on a 1,800-square-meter plot and with 1,512 square meters of inside space, there’s also an outdoor pool and a glass elevator between floors.

Around the coastline in Rio de Janeiro, the talented sportsman’s second house has a tennis court, a jetty, a gym, and its own helipad. Standing on a 2.5-acre lot in the upmarket gated community of Portobello, the estate was reportedly bought for $7.3 million. Additional features include a spa with a sauna and a Jacuzzi, plus a subterranean cellar with room for 3,000 bottles.

Over in France where he plays, Neymar is said to rent a five-story house worth an estimated $7.7 million.

The Polish striker currently plays for La Liga in Barcelona, but back home in Warsaw, a deluxe apartment awaits him and his family. Lewandowski paid around $9 million for the deluxe pad in 2016.

Housed in a tower called Zlota 44, the building was designed by Daniel Libeskind and features an array of top-class communal amenities, including a golf simulator, a 10,000-bottle wine cellar, and a private cinema. Inside Lewandowski’s condo, you’ll find floor-to-ceiling windows, parquet flooring, and a modern aesthetic.

Before signing for Barça, the footballer acquired a hideaway in Mallorca. Purchased for around $3.5 million in 2021, the residence spans 411 square meters and sits on a plot of 1,200 square meters. Offering peace and privacy, the property is located in picturesque Calvià, close to the Tramontana Mountains.

Hailing from Belgium and currently playing for Real Madrid, Hazard owns an $11.5 million mansion in high-end La Finca, one of the most exclusive residential estates in Madrid.

Designed by acclaimed architect Joaquin Torres, the house features 6 bedrooms, 10 bathrooms, and automated blackout blinds. There’s also an indoor pool, a gym, a spa, and a home cinema to make the most of. Décor-wise, it’s contemporary all the way, and out in the garden, there’s a tennis court to enjoy. 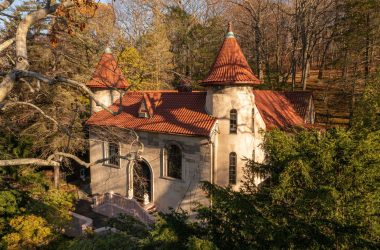 Unique Living Real Estate
Castle with ties to Old Hollywood outside Manhattan lists on…
A five-bedroom, six-bathroom castle situated 30 minutes outside of Manhattan has hit the market for $1.64 million. 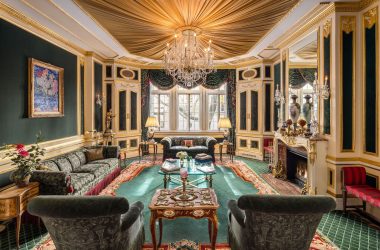 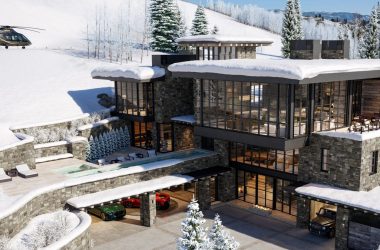 Unique Living Real Estate
Ski home inspired by the James Bond movie 'Spectre' is up for…
The property, called "Snowfall", is located in Park City, Utah, with an asking price of $32 million.
Newsletter
Exclusive luxury insights
For newsletter subscribers only