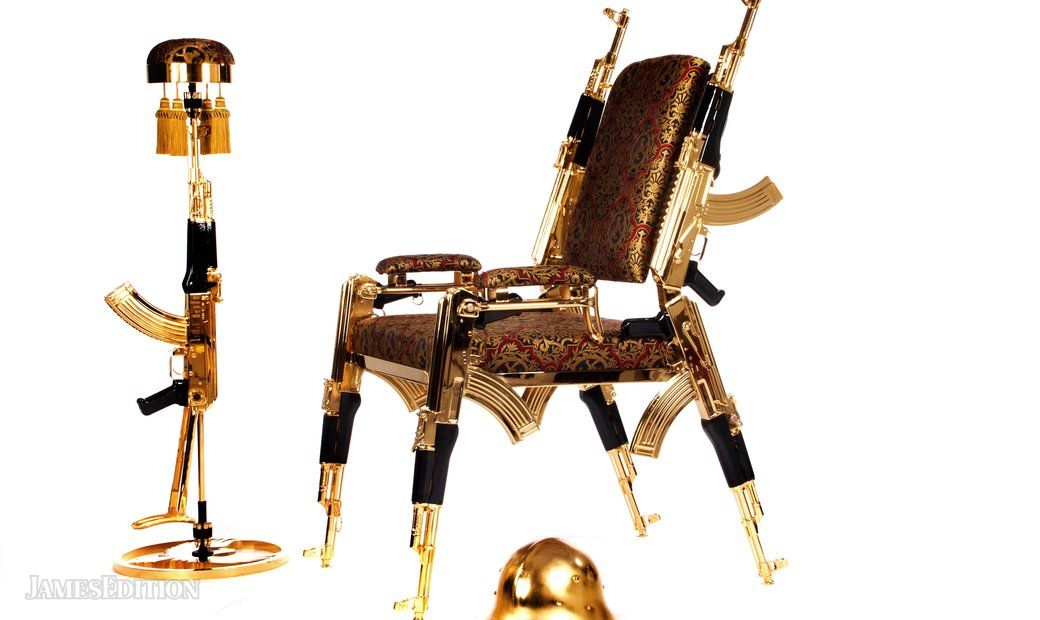 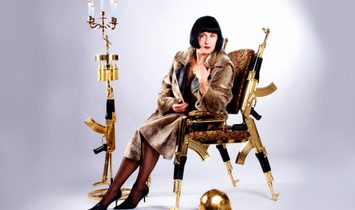 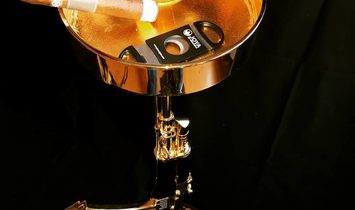 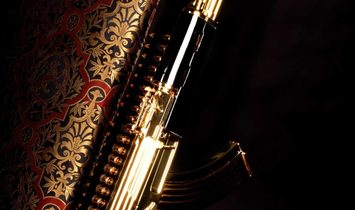 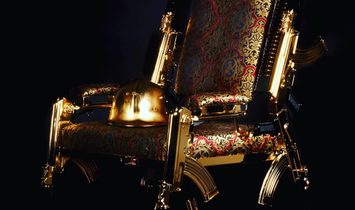 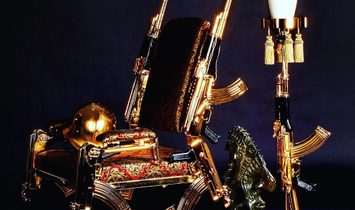 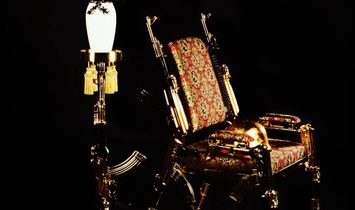 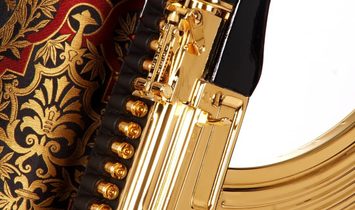 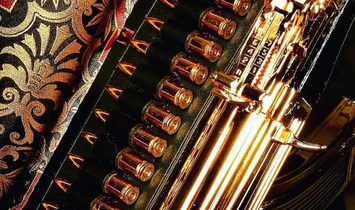 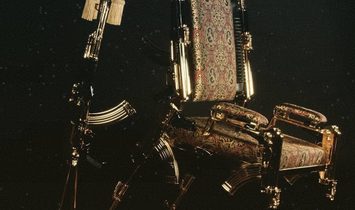 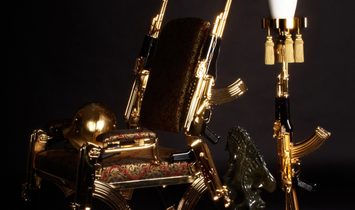 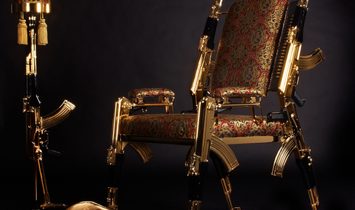 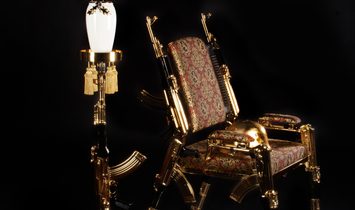 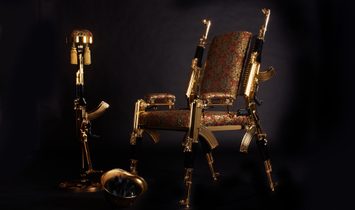 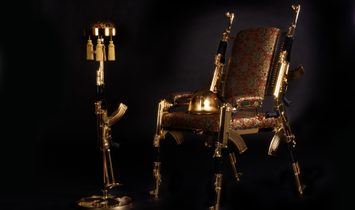 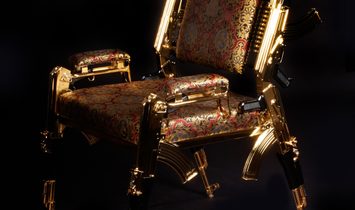 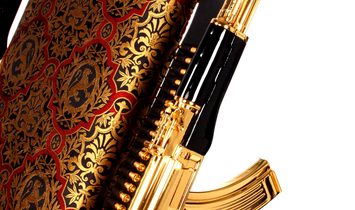 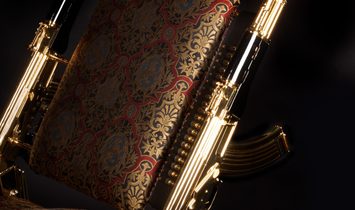 Under the slogan Art not War, i designed the most unique thrones in the world.
There are 2 limited series in chrome and gold 22k,with real weapons.(deactivated with certificate).
The luxurious fabrics from Venice and London are hand-weaved. Each chair is a single piece and numbered.
The chairs are composed of genuine, formally still in service 4 stb ak47 featuring a fixed stock and
2 stb ak47 featuring a so called folding stock, which were utilized as front chair legs and at the same
time as both arm rests.
The framework of the chairs plus all dismantled parts were chrome or gold-plated and ultimately
put back together.
Another highlight:

The AK47Chair
The passion, patience and devotion to this chairs arose in me a few years ago.
It goes barely a day when the ak47 is not mentioned in a report of the media, or also on the tv.
Be it with foreigners in Africa, South America, with us in Europe and all over the world.
The ak47 is present.
No weapons kill more people.
The number of units is estimated at 100 million around the world.
Many of the terrorist attacks on the world are being prosecuted with ak47.
You can also be seen as a symbol on the flags of some countries.
No weapon polarized more.
There are clubs named after her, printed on t shirts, punk bands adom themselves with the ak47 as
band name, there are ice cubes in ak47 form, ball pens and much more.
The ak47 has become cult.
That everything brought me to think about it.
I researched on the internet, dealt with the subject and got me the biography about the builder in
book form. Since I have always been inspired by design, art and furniture of any kind it was for many years
just an idea in my head to make once a piece of furniture.
Until this time when I think about neigungswinkel, mass, weight,welding works, cloths,varnishes
for the handles ect,ect.
The first step was i bought a ak47.
I split them into all parts and put them together, again and again.
The ak47chair was transformed from a fixed idea to the finished design chair.
The ak47chair gold 22k limited edition, numbered and signed.(also in chrome design).
One wonders of course, why a so deadly weapon is used to build and improve a luxury and design
object.
One could philosophize for a long time.
I thought of course something.
I keep my opinion, however for myself and leave it to the viewer to draw conclusions from it.
The ak47 chair should only be present, polarize and show opposites. ART NOT WAR