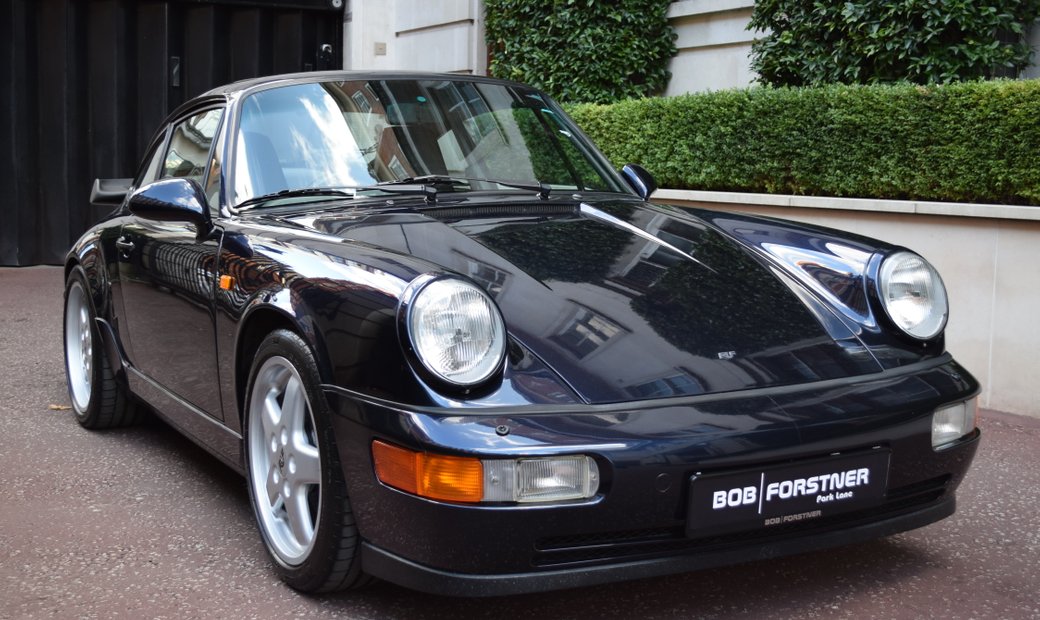 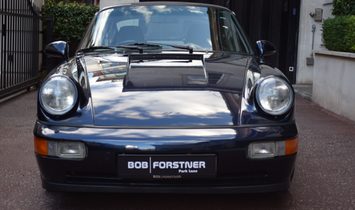 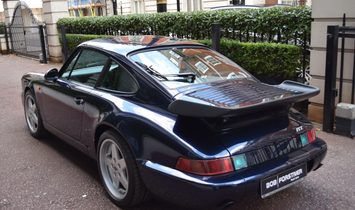 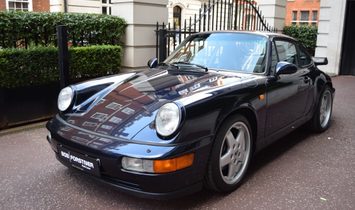 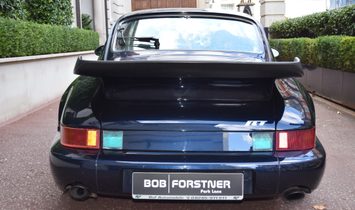 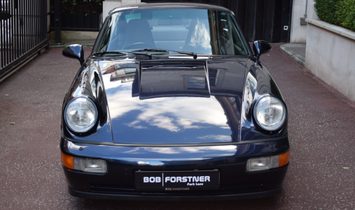 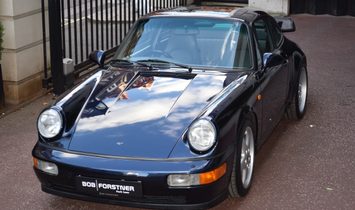 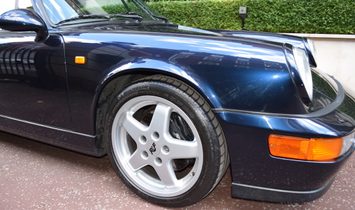 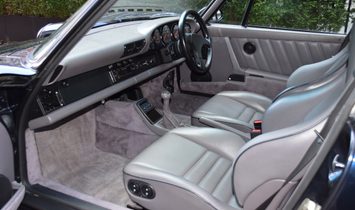 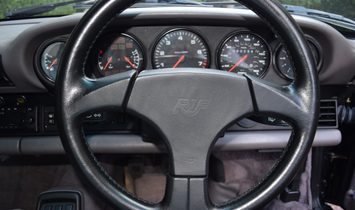 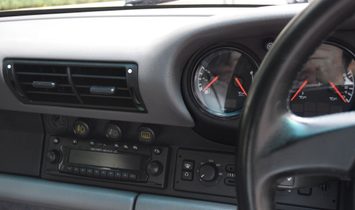 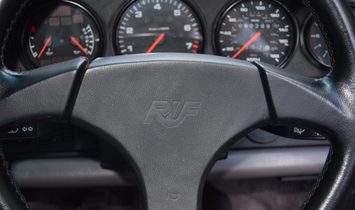 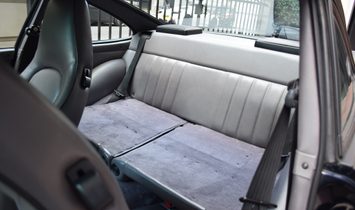 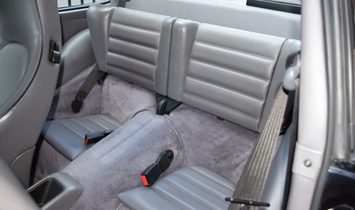 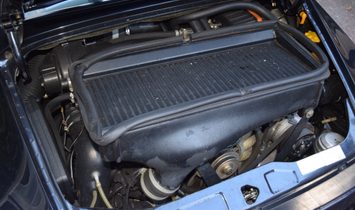 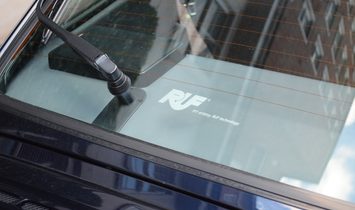 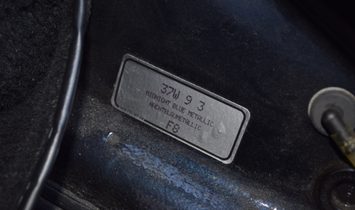 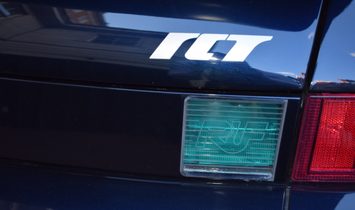 With the 964-generation 911, RUF had the opportunity to build upon an icon. In addition to its cleaner lines, the 964 boasted coil springs and ABS. The 964 wasn’t so much a milder 911 as it was a 911 with higher limits ready to be explored. RUF’s RCT upgrade boosted output by 120 bhp to 370 bhp via a turbocharger and put that to the wheels via a tightened, adjustable suspension. The narrow bodied RCT was aerodynamically more favourable to the wide bodied cars.

While no RUF RCT is “ordinary,” the example offered here has an especially unique history. As a 911, it started life as a right-hand drive 1993 Carrera 2 coupe finished in a subtle Midnight Blue Pearl exterior over gray leather with factory-installed air conditioning, Blaupunkt hi-fi audio, and an electric sunroof.  It was delivered new to Porsche Dealer Cheswick Garage in July of 1993, but was quickly repatriated to RUF’s manufacturing facility to be fitted with the RCT engine rated at 370 HP (when the most powerful factory Porsche 964 Turbo 2 offered 360 HP), RUF single turbocharger, EKS Electronic Clutch System (since been adapted to manual clutch), a RUF 6 Speed transmission (at a time when Porsche only offered a 5 speed transmission), RUF Brakes, Sports seats, bespoke Speedline for RUF alloy wheels, tuned suspension, RUF Exhaust System and aero dynamic package with aerodynamic aids for the windshield pillar, lift reducing front spoiler, flamboyant rear wing that comprised the RCT package.

Though privately owned, the car was built up to be the RUF Automobile GB Ltd’s first showcar. The right-hand drive RUF RCT made its debut at the 1994 Porsche Meet in Donington with Alois Ruf on the stand and was featured shortly thereafter in the September/October 1994 issue of 911 & Porsche World. In that issue, the author noted that the car was better-suited to British back roads than Porsche’s own Carrera RS.

Since then, it has been in long term ownership and a Porsche collection and covered just 60,000 miles. At about 51,000 miles, the RUF RCT was treated to an engine rebuild in 2000 by Porsche specialists GT One Ltd. It includes a host of invoices and records, 16 MoT certificates dating back to June of 1996 and will be delivered with a  maintenance booklet containing 17 stamps, its original owner’s manual, original spare tyre and jack, original tool kit. We also have the original order specifications from Porsche AG. The front has an anti stone chipping wrap. This collector's car is in an amazing condition and still has the new car smell. It has a new set of Michelin Pilot Sport tyres recommended by Alois Ruf himself.

Subject to errors and changes.