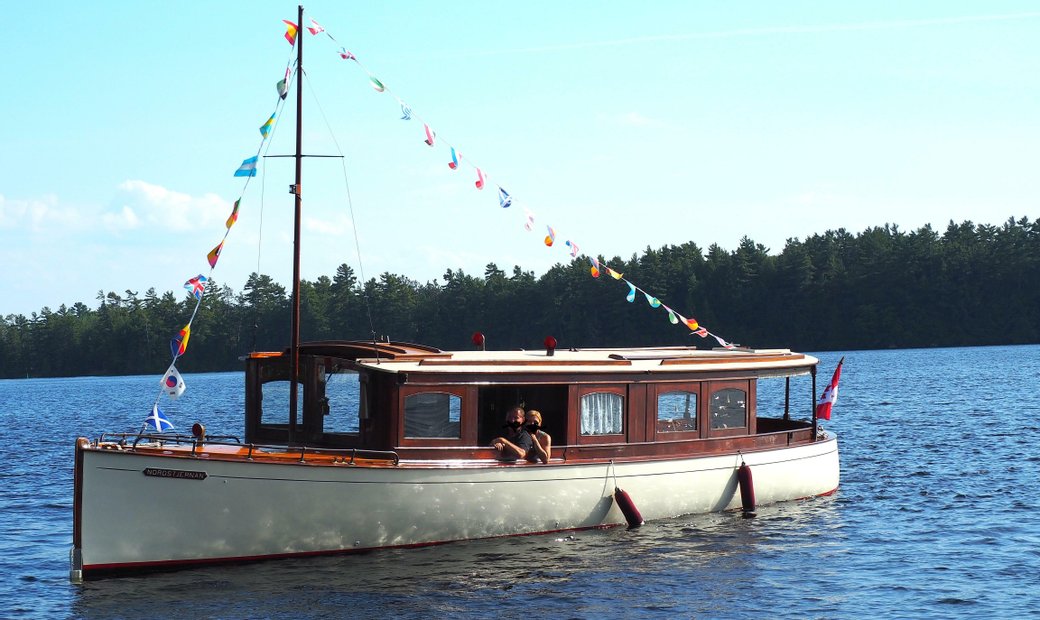 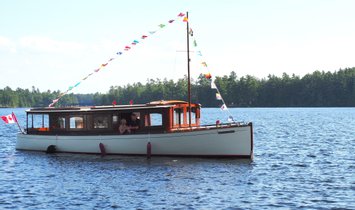 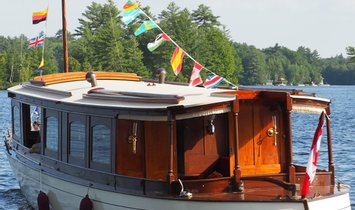 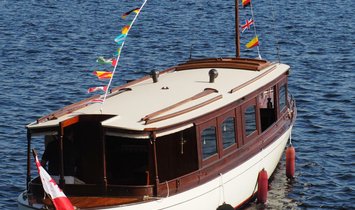 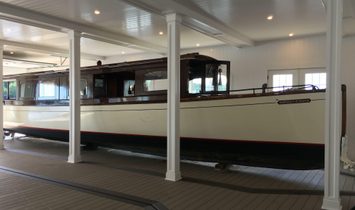 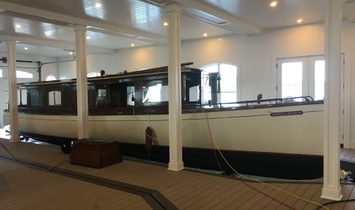 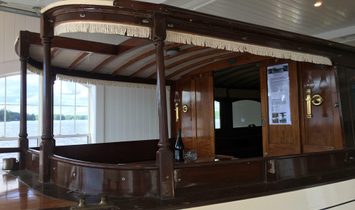 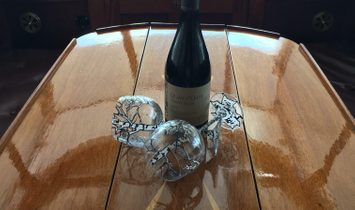 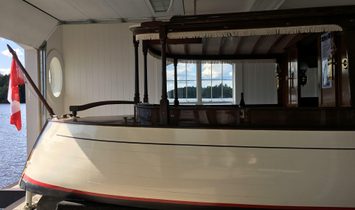 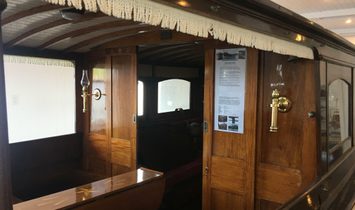 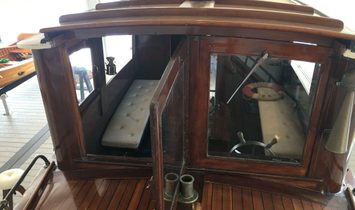 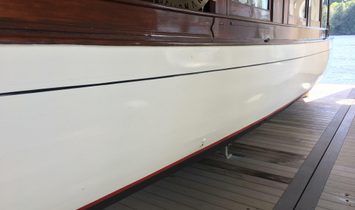 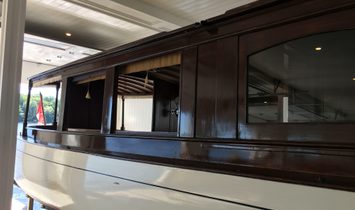 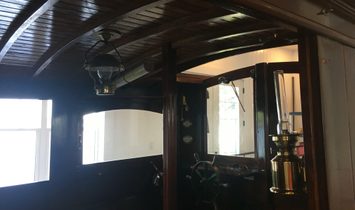 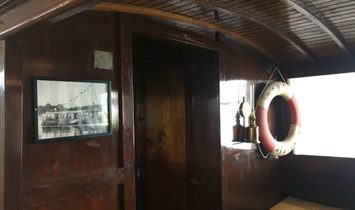 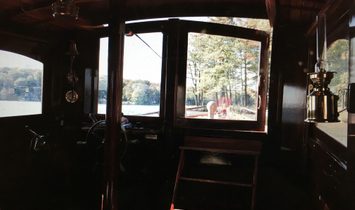 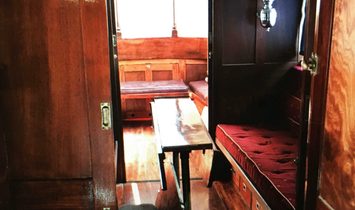 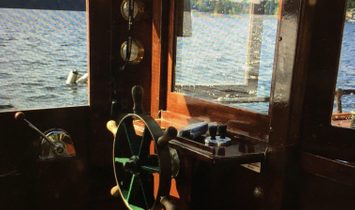 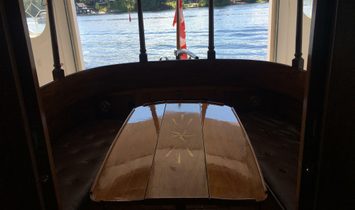 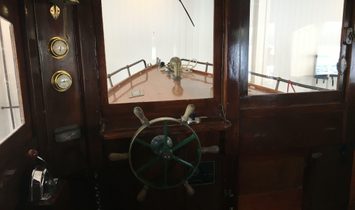 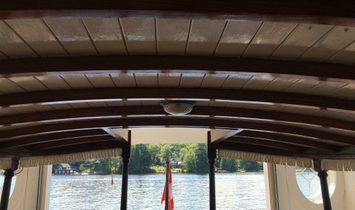 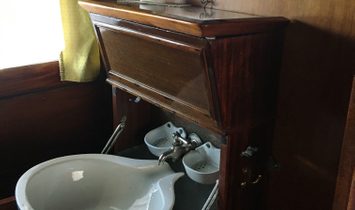 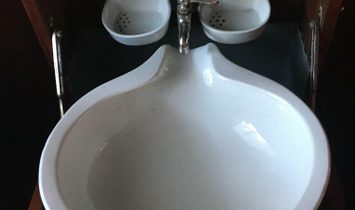 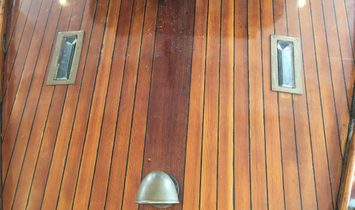 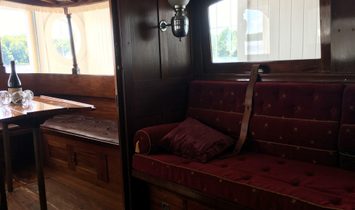 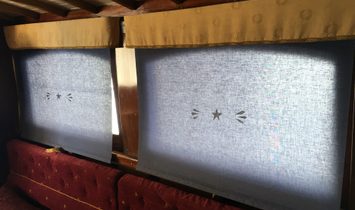 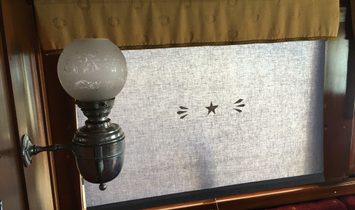 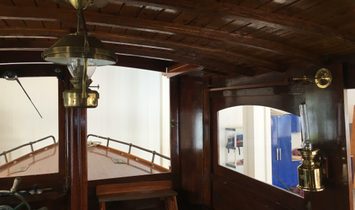 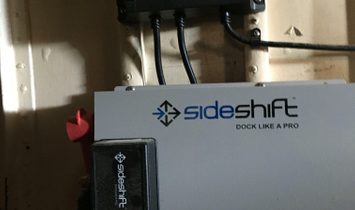 M/Y Nordstjernan (North Star) is unique and antique. One of the legendary C.G. Pettersson's first major constructions and likely the oldest Salon Boat still in use. Registered by the Motor Yacht Society and recipient of several prizes, including the Motor Yacht society Bollard prize in 2006, she was also displayed at the Everything for Sea Show in Stockholm in 2005 and has been written up in several boat and general publications.

The north star was one of the first yachts built completely of Honduran Mahogany for auto industry executive Emil Salmson in 1905. She was equipped with a four-cylinder Napier engine, since replaced by several engines over the decades including an Albin diesel engine. The current engine is a Volvo Penta 55 hp Diesel.

She exchanged owners a few times before being acquired by the Museum Administrator, Lars Serrander in 1977, who restored her using C.G.Petterson's original drawings.

In 2003 She was moved to the Stallmastargarden Boat Society in Brunnsviken.

In March 2015 the Northstar was purchased from Sweden by her current owners and shipped to her new home in Canada. In Gravenhurst Ontario she was refurbished by Brackley boats. It took four months of repairs before she was ready to cruise again. During the process she has also received the more modern upgrades of a Bow Thruster and Stern Thruster for easy maneuverability.

On September 12, 2016 she was taken on her maiden voyage on Lake Muskoka. She now resides in her new home on Sandy point in a boathouse specially constructed for her, where she awaits her venerable new owner.

To see a beautifully-restored, classical piece of history from 1905 cruising the waters is truly a remarkable experience.