Park City Utah’s historic roots have always been mingled with wealth. In the 1860’s, it was a boomtown, as the Wasatch Mountains above Park City yielded over $400 million in silver, and created many millionaires. But these were mining millionaires, not the starched tuxedo and formal dinner types. These were rich overnighters, and with them came bars, brawls and bordellos.

Even in the 1970’s, 110 years later, the Park City population was comprised of miners and their dogs. But in the winter, because of the dry, talcum-powdery snow, skiers and snowboarders of all ages came and left, often in late Spring, when the snow was still falling.  Stein Erickson, a great Olympic skier, made his home here, eventually the US Olympic ski team made their home there, and in 2002, the Winter Olympics were held in the mountains above Park City, thus finally and forever putting this small, often rowdy ski town with silver roots, on the map.

The 2002 Olympics first catapulted Park City’s real estate prices to the upper echelons, as more people saw the town as a world-class ski resort.  And, because of the Olympics, the volume of real estate sales more than tripled, to $2 billion in 2005 from $651 million in 2002, with the average home price rising more than 50%. In 2004, the St. Regis signed a deal to become the town’s first five-star resort with residences, followed by the 2009 opening of the Waldorf Astoria Park City and the 2010 opening of the Montage Deer Valley Resort.

Today, there is great wealth, ski resorts, and luxury gated communities. When we asked a UHNW East Coast land developer and a second homeowner in Park City, why he came to the area in the first place, he said simply, “ Park City has the best snow in the world and is only 30 minutes from the airport — an international airport also. I can fly out from the East Coast early in the AM and by afternoon be skiing at Empire Pass.  And from the West Coast? Two hours. Where else can I do that?”

He is in good company. According to a recent WSJ article, second homes account for some 70% of the current real estate market in the Park City area.

Paul Benson, License Partner and CEO of Engel & Volkers, Park City, agrees. “Now, most of my clients are second home buyers as I deal in price points from 3 million to 40 million with a 4 million dollar average. It is equally spread out from ranches to Deer Valley and the Canyons and our luxury golf communities as well.”

Says Marny Schlopy of Summit Sotheby’s International Realty, “they are getting younger and younger. And often, we don’t get them from their coming to the Sundance Film Festival!  Many second home buyers are now wealthy Gen X-Y’ers who come here during long holiday weekends with family:  like Martin Luther King and President’s Day weekends especially, for skiing and snowboarding.  And why? Because GenX-Yers can work remotely. They can retire, or basically change jobs, and continue their professional lives remotely, as they live in a more outdoor/active environment.

“Further,” she continues, “We are seeing many second home buyers coming here to escape heat. Those from Arizona, Nevada and Florida come here because they like colder winders and cooler summers. Promontory, for example, about 20 minutes – 13 miles — from Park City, is a significant golf course community – three courses, all private, and there are 1,930 units around the courses.  These can be rented out, so many second homers are looking for investment properties now, that they can eventually move to later.”

“The whole issue,” Marny concludes, “is that people – whether first or second home buyers — don’t come to Park City and buy unless they are quite wealthy already.”

And there are many private gated communities to choose from, all the 2-20M range. Just above Canyons Resort is a private “ski-ranch” called The Colony, with mountain homes on expansive parcels. Home sites average eight acres, leaving plenty of space for separate guest quarters. Nearby, golf communities with top-rated courses exude privilege, comfort and camaraderie. Talisker, a significant resort community, is close to seven ski lifts and Deer Valley’s 99 runs, with access to a 35,000-square-foot spa and an 18-hole golf course at Tuhaye, with a the private golf community and club that surrounds the course.

Other second home communities – and there are many around Park City – Bald Eagle, Deer Crest, High Star Ranch — focus on the multi-generational lifestyle with golf, skiing, tennis and equestrian.

Cheryl Fine-Whitteron, an Engels & Volkers Real Estate Consultant, and who has lived in Park City for nearly forty years, says, “Second home buyers and owners, run the age gamut. I would say mostly younger second-homers purchase for the purpose of having a ski vacation and rental income. They use it during ski season for a week here and there and maybe for a week in the summer. But Boomers who have second homes tend to use them most.

“But then, there are those second and third home buyers who purchase as part of an investment portfolio. Yes, of course they love to ski, but they also buy expensive real estate — betting on our  consistently rising appreciation rates.  In the last couple of years anything under $500,000 has been scooped up. Homes in the Park City school district are always in demand and starting prices are currently over $1 million.”

For Brokers who have had personal experience in second home purchases, Park City has two undeniable assets: rising appreciation rates and dazzling beauty. Even if the second homer is not a skier, or outdoors person, he or she will garner beautiful views, cool weather, a sense of community, and a sense of fiscal security. Great value-adds for the second home buyer. 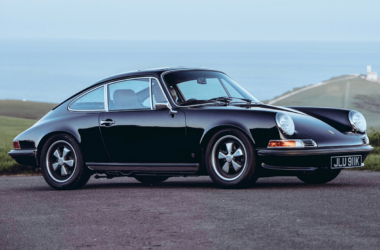 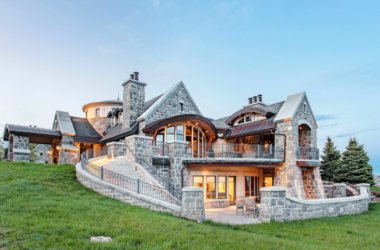 Unique Living Real Estate
Best of Instagram: the 12 most “liked” mansions, yachts, and…
Top luxury assets according to Instagram users, from a Lamborghini-inspired yacht to a Tudor-style mansion in Utah. 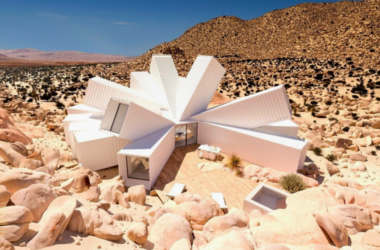