Euro 2016 Soccer and Some of the Best Homes Nearby

The biggest football/ soccer tournament of Europe is taking place in between the 10th of June and the 10th of July 2016 where 24 countries in 6 separate groups will face each other during a 31-day long ordeal, the race towards being the champion of Europe.

The tournament will take place all over France in 10 different cities. To give you the best experience we list our top homes in these areas where you can sit back and relax after a day of football in world class.

The two most northern cities of the tournament that will host eight group stage matches and two in the knockout phase.

The two venues are less than 30 minutes apart so we’ve selected one truly spectacular home in the heart of Lille. This amazing townhouse only 20 minutes from the airport. It spans over 3 levels with a combined living space of 2,971 square feet and offers magnificent grand views from the roof top terrace.

The home of both the largest and the fifth largest stadium of the tournament where 11 matches will be played including the final.

With Saint Dennis being a suburb to Paris located just a short drive from the city centre we present one estate and your vehicle of choice in this city with a reputation for heavy traffic.

The home of our choice is truly something out of the ordinary. With a history dating back to 1892 this 124-year-old home offers a space to blow of steam after a long day with room for all your friends and family.

By taking to the skies the traffic jams below will be nothing more than sightseeing and a trip that could take hours will now be over within a couple of minutes thanks to the Augusta AW119 with room for up to 9 passengers.

The city of Bordeaux will host three group stage matches and one in the knockout phase.

As this classy city in Southwest France is perhaps most known for its red wines our choice of home goes along the same theme.

With a whopping 2500 ft² of living space this exclusive apartment along one of the most luxurious streets of Bordeaux will be sure to offer you ideal location and all the comforts!

Three group stage matches along with one in knockout phase will be played in this friendly river city in southern France.

With the world-renown exhibitions in Musée des Augustins featuring amazing contemporary art our choice of home is of course featuring an exciting interior that one would expect in a design-aligned city like this! Perfect for the small family with three bedrooms and 1938 square feet of living space.

Home of four group stage matches and two in the knockout phase.

Marseille is one of the two cities that will host matches down along the Riviera and no expenses should be spared when living along this beautiful stretch of coastline. For an easy commute between Marseille and Nice we’ve decided to take a different approach and combine the concept of living and traveling.

181 ft of pure luxury from the shipyard Turquoise does that job very well to say the least. With room for up to 12 guests and a cruising speed of 17 knots this luxury yacht will be sure to make your stay in Marseille something out of the ordinary.

The city of Nice will host three group stage matches and one in the knockout phase.

Nothing but the best is good enough in this jet set city of the French Riviera and our home choice reflects an entertainer’s lifestyle.

Located on the small peninsula of Mont Boron this hilltop castle is one of the most premier homes in all of Nice. No expenses has been spared in the process of building this 5 bedroom marvel which features all amenities one can wish for in a home away from home! 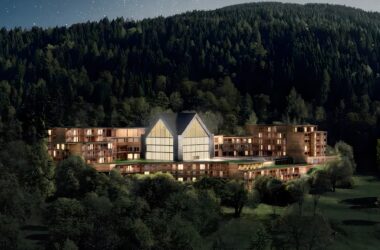 Local Knowledge Real Estate
Holiday Homes: What $1M buys you in the busiest Christmas…
A penthouse in Los Cabos, Mexico, a boathouse in Providenciales, Turks and Caicos, a contemporary residence in London, and more. 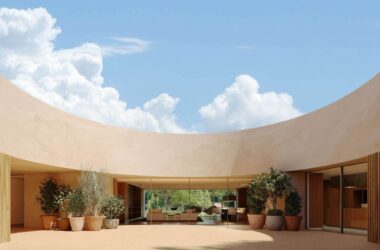 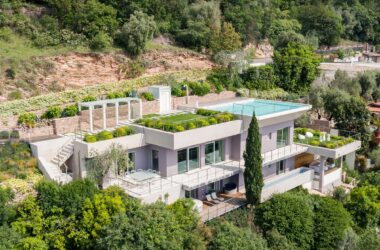