Peggy and David Rockefeller' Collection for sale at Christie's Estate.

If you're an art collector, you won't want to miss one of the most highly anticipated events of…

If you’re an art collector, you won’t want to miss one of the most highly anticipated events of the 2018 spring season: the Collection of Peggy and David Rockefeller. The sale features more than 1,000 items of decorative art, and 500 works of fine art. Just at the Rockefeller family is well-known for their philanthropic efforts, all proceeds from this estate sale will benefit 12 charities which both Peggy and David Rockefeller personally supported. These charities support higher education, the arts, sustainable economic development, land conservation initiatives and scientific research.

Image Source The Rockerfeller sale benefits the following charities: American Farmland Trust Americas Society/Council of the Americas Council on Foreign Relations the David Rockerfeller Fund Harvard University Maine Coast Heritage Trust Mount Desert Land and Garden Preserve the Museum of Modern Art the Rockerfeller Brothers Fund Rockerfeller University the Stone Barns Restoration Corporation – Stone Barns Center for Food and Agriculture & other charities as well. Christie’s is undoubtedly the best-known auction and art sales company worldwide. They were founded in the 18th century in London, but now can be found in many major cities in every part of the globe. There have been public exhibitions around the globe in select locations throughout April and early May. The exhibitions during April have been in Los Angeles, Beijing and Shanghai. The next and final exhibition will be at the Christie’s location in New York City from April 28th to May 8th. The global tour has been presented in partnership with VistaJet. The New York City Exhibition will have a full-scale public exhibition throughout Christie’s 3 story galleries. You can obtain tickets by visiting http://christies.com/rockerfeller This sale features so many stunning items, that they have been arranged by period and also the type of item as well. Here are some of the upcoming sales to look forward to: 19th & 20th Century May 8th at 7pm This sale will focus on 19th and 20th Century Art, including masterpieces of Impressionist and Modern Art which have been special to the Rockerfeller Collection, such as a Rose Period Picasso. There is also ‘Filletta a la corbeille fleurie’ which originally was part of Gertrude Stein’s collection. Monet’s ‘Nympheas en fleur’ and Matissse’s ‘Odalisque couchee aux magnolias’ will be part of this estate sale on May 8th.

Image Source English and European Furniture, Ceramics and Decorations, Part 1 May 9th 10am One of the stunning highlights of this sale will be ‘Service Marly Rouge’ which was originally made for Emperor Napoleon I in 1809. There is also a Chinese export porcelain service which is in the highly desired ‘Tobacco Leaf’ pattern, and a pair of Queen Anne walnut stools from 1710 and a set of 10 George III mahogany dining chairs from 1760. Art of the Americas May 9th 7pm This sale focuses on Art of the Americas, such as well-known artists of the 20th century from the U.S.A. which include Edward Hopper, Georgia O’Keeffe, Milton Avery, John Singer Sargent and Winslow Homer. Everyone will be waiting to see Diego Rivera’s 1931 masterpiece, ‘The Rivals’ it was commissioned by Abby Aldrich Rockerfeller and then given to Peggy and David Rockerfeller.

Image Source Fine Art Sale May 10th 10am You’ll see beautiful Impressionist and Modern Art works at this sale, such as artists which include Odilon Redon, Paul Klee, Kees Van Dongeon and Edouard Vuillard. The 19th Century European art section’s highlights feature works from Edouard Manet. You will also discover both Post War and Contemporary artists in this sale, such as Alexander Calder, Jasper Johns and Bridget Riley.

Image Source The Online Sale – Eight Themes from May 1 to 11th The online sale has items that start from $100 to $10,000. Sales are open both to established and new bidders. The 8 themes include: Personal Mementos: Lamps & Lighting Birds, Bugs & Beasts A Passion for Porcelain Dinner in Japan Setting the Table At Home in the City At Home in the Country See Christie’s auctions here to learn more about this lovely collection: https://www.christies.com/calendar?mode=1&sc_lang=en&lid=1Guest post provided by our guest writer Abigail Beal 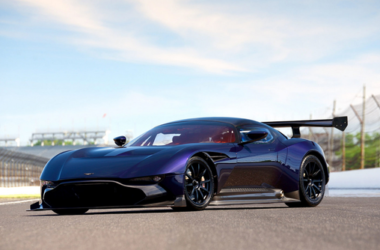 Сars
Positive outlook for 2017 car market
The most important auction week of the year has just ended.
Newsletter
Exclusive luxury insights
For newsletter subscribers only