Reasons behind the growth of private jet travel

On the surface it seems like a conundrum: owning a private jet is expensive (most…

Share
Share
On the surface it seems like a conundrum: owning a private jet is expensive (most multi-millionaire’s can’t afford it) but growth of sales in the private jet market continues to rise.

In 2017, 676 new business jets were sold worldwide compared to 667 in 2016, according to the General Aviation Manufacturers Association (GAMA). Interestingly, the total value of jets sold is slightly down – from $18.7 billion in 2016, to $18 billion in 2017. This is the result of more sales of lower priced light jets like the Cirrus Vision SF50 and the Honda Jet, compared to sales of mid-size and heavy jets.

The increased sale of private jets can only partly be put down to US business growth and lower corporate tax rates. With the price of a pre-owned jet averaging $9.7 million in April 2018 according to JPMorgan Chase, clearly, travelers are finding other ways to make private jet ownership and travel more affordable.

Get on board with the super-rich

Just as the number of ultra-wealthy and demi-billionaires grows, so too, is the market for private jets and private jet charter. In fact, in 2017, private ownership accounted for 62% of air travel in the US, versus 11% for fractionally-owned aircraft and 27% for charter flights, according to marketing intelligence firm, JETNET. This differs from Europe – in that 51% of private jet departures are chartered flights.

Take to the skies by co-owning a private jet

A 2002 Cessna CJ2 can cost around $2.4 million – a far more affordable private jet compared to the Airbus 380 which retails at about $500 million – but it’s still a chunk of money. Then you’ll need to keep in mind that upkeep costs on a private plane will amount to about ten times its net worth.

An increasingly number of individuals are finding more affordable ways to make private air travel a reality with fractional ownership of planes. This means that the costs and title to the airplane is split with a small group of other users, similar to a timeshare.

The rise of the jet club card

One of the most impressive growth areas in the private aviation sector has been the 9.2% increase in on-demand charter flights and flights through jet card memberships in 2016/17, according to ARGUS International, an aviation technology firm.

Jet card membership programs allow passengers to pre-purchase a package of flight hours on a particular model of plane that can be booked at short notice, and used by a certain date – an Uber-type service for private planes.

Doug Gollan, editor and luxury travel expert, estimates that as many as 30,000 individuals have jet card memberships – a figure that has more than doubled in the past decade.

If you’d like to find out more about private jet ownership, take a look at Air Charter Service’s The most affordable private jets available today for a look at advancements in the aviation industry that have helped to make the convenience, flexibility, and cost of a private jet travel a reality for an increasing number of travelers.

AskJames Jets
3 key factors: How much does it cost to charter a private jet
Travelling by private jet offers the ultimate in luxury, convenience and privacy, but how much…

Jets
When looking for Private Jets for Sale, Charter a Plane
See a plane you like on JamesEdition? Book a private jet charter with Air Charter Service to… 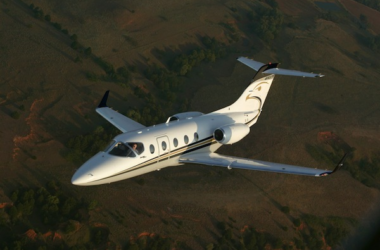 Jets
Private Travel – Top Light Jets
Most travelers who have made the leap agree; if time well spent is important to you, then it's…
Newsletter
Exclusive luxury insights
For newsletter subscribers only