Mulsanne by Mulliner or Flying Spur by Mansory? Top 10 most expensive Bentleys

Our selection of the most valuable and interesting Bentley models available on the market. By Vukašin Herbez
2016 Bentley Mulsanne Speed, price on request, for sale in UAE
Share
Share

In a world of super-luxury cars, Bentley always had a special place. Somewhere between the chauffeur-driven luxury land yachts and thoroughbred Gran Turismo models, Bentleys kept the tradition of driver-oriented prestigious sedans and coupes, dating back to the 1920s and legendary Le Mans victories.

The significant part of Bentley mystique was that its cars were fast and powerful, carefully crafted by hand, beautifully appointed and finished by the highest standards.

How much is a fully loaded Bentley?

Classic Bentley models routinely reach incredibly high prices at auctions. Still, the honours for being the most expensive Bentley model goes to 1929 Bentley 4½ Litre Supercharged Single-Seater, which fetched almost $7 million at Bonhams auction in June 2012. This record-setting car was once driven by Tim Birkin, one of “Bentley Boys”, a well-known group of gentleman racers who gave this company first major racing success and world fame.

Amongst the current ‘regular’ model lineup, the most expensive Bentley cars are always the ones from the “First Edition” series.

Distinguishable from other similar models, the First Edition cars are equipped with special appearance packages, different trim and choice of unique colours, finishes and trim details for most discriminating customers. The First edition treatment can significantly change the final list price of the vehicle and make it almost twice as expensive. The massive price hike is justified since the customer is getting the absolute best of what this company offers.

For example, the First Edition models include a bespoke Naim audio system with 2200 W of total power, 21 speakers, each with its own amplifier designed to transform the interior into a concert hall on four wheels. If you want this option without the First Edition package, it will cost you extra $6,900.

There’s also Bentley Mulliner Collections, which is responsible for exclusive, ultra-luxe versions of its parent company’s production cars, as well as customisation of leather, trim, paint and so on in the ‘regular’ cars.

At the moment, there are about 300 Bentley cars put up for sale via JamesEdition. The vehicles are located worldwide, but the most popular countries are the USA, Germany and UAE. You can find cars ranging from quite an affordable Bentley Brooklands LWB at just over $10,000 to gorgeous Bentley S1 Coupe, which is priced at $1,2 million.If you are looking for a modern car with a moderate price, the 2008 Continental GT convertible sold by a dealership in Dubai can be yours for a little over $43,000.

The 10 most expensive Bentley models on the market in 2021

Amongst those 300 cars for sale featured on James Edition, there are quite a few interesting examples, both one-off cars and regular models. Here is our pick of the 10 most expensive Bentley cars.

2019 Bentley Mulsanne Speed WO Edition, for sale in the US

This extraordinary machine is a real treat for any Bentley connoisseur since it is a very exclusive WO Edition model. With the direct connection to legendary WO Bentley (the company’s founder), thorough the pieces of the crankshaft from the original 1930’s car used as decorative items in the interior of this Mulsanne, it is one of only 100 made. What makes this car worth the asking price of $268,117 is its rarity and provenance and equipment, special Arctic White paint, Beluga interior, and extremely low mileage of only 4,417 miles from new. Interestingly, of only 100 WO Edition models made, 20 was destined for the US market, and only one was painted in Arctic White. This is that car.

2021 Bentley Continental GTC V8, for sale in the US

Priced at just under $300,000, this Continental GTC with the 4.0-litre V8 engine is practically a new vehicle that has just covered 25 miles. Sold by Bentley dealer, it has a delivery mileage, and it is finished in gorgeous light blue metallic colour with contrasting linen interior. The 4.0-litre V8 is capable of producing 542 hp and can propel this elegant convertible to 60 mph in just 3.4 seconds which can make quite a few supercar owners pretty nervous. If you don’t want to specify your own Continental GTC and you want the car right away, then this could be the vehicle for you.

Located in Germany and priced at $315,000, this Glacier White Bentley Flying Spur is a perfect example of the top-spec sedan. Powered by a 6.0-litre W12 engine, it is capable of getting to 60 mph in just 3.7 seconds and reach 205 mph top speed. But the sheer speed isn’t the only attribute of this prestigious car; this particular example is also a First Edition model with a long list of optional extras, Touring package, and it has covered just 36 miles from new.

Even though Rolls Royce owned the Bentley at the time, the S3 Continental Flying Spur was a proper GT masked as a luxury sedan. With an aluminium body made by H.J. Mulliner in North London, these cars were expensive propositions often bought by celebrities of the period like Keith Richards, for example. Due to less weight, S3 Continental was pretty swift and provided the driver with agility uncommon for a car of its size and class. This elegant example, finished in Light Oyster/Garnet, is one of only 87 made, and it was subject to complete restoration just 100 miles ago. Priced at just over $328,000, it is a unique chance to own one of the best classic Bentley models.

2021 Bentley Bentayga, for sale in the US

The Bentayga was a very controversial car when it appeared in 2015, but it turned out to be one of the bestselling models in its class. The customers adore this massive luxury SUV which can be equipped with either V8 or W12 engine. This Beluga Black 2021 model with sporty Speed package has that glorious 6.0-litre W12 engine under the bonnet with 626 hp capable of launching it to amazing 3.8 seconds to 60 mph. Apart from being very fast, this particular example features Naim Sound, Front Seat Comfort Specification and Black Specification with Black Speed Wheel.

If you are looking for the most luxurious convertible of today, the Bentley Continental GTC W12 First Edition is probably it. It is as fast as a supercar with a boisterous 6.0-litre W12 engine, 635 hp, and impressive performance. However, the First Edition package, Dark Sapphire exterior colour, and Magnolia hide are better appointed than most luxury suits. This particular example is for sale in Barcelona, and it is priced at $384,000. Even though it is the 2019 model year, this Continental GTC W12 First Edition is new with just delivery mileage.

4. 2021 Bentley Flying Spur by Mansory – Modified Without Compromising Its Style

Even though the world’s most beautiful and exclusive cars are stunning as they are, Mansory is there to make them even more rare and even striking. This is the case with the menacing 2021 Flying Spur modified by this company. Priced at $440,00, this all-black Flying Spur combines the luxury of the First Edition package with a unique and more aggressive body kit by Mansory. There are numerous exterior changes all around accompanied by a set of unique 22-inch wheels. This super rare Bentley is covered just 62 miles, and it is ready to meet its new owner.

3. Bentley Speed Six Blue Train Recreation – The Piece Of Bentley Legend You Can Actually Own

In 1930, Woolf Barnato, one of the famous “Bentley Boys” and chairman of the company, made a bet that he could outrun the train from Cannes to London in his Bentley Speed Six. After 786 miles of non-stop driving, Barnato made it to London just 15 minutes before the train, winning the bet and creating a legend. To commemorate the success, he ordered a particular Speed Six by Gurney Nutting with a three-seat configuration and low roofline, one of the period’s most flamboyant designs. Sadly, the original car is unavailable, but for $472,000, you can obtain this perfectly recreated model, which uses the same chassis and engine and has an identical body, even painted in signature blue colour. We are sure you can comfortably drive it to the South of France, but we urge you to respect the speed limits.

2016 Bentley Mulsanne Speed, price on request, for sale in UAE

As one of five rare and prestigious Bentley limousines offered by the same seller from Dubai, this 2016 model built by Mulliner is probably the most interesting. Based on Mulsanne and sharing its drive train and mechanics, this example has been stretched precisely 1 meter in length to provide ample space and luxury for rear-seat passengers. Built at the highest standards and even more luxurious than the standard Mulliner, this unique limousine can be purchased for $500,000, and it can be shipped anywhere in the world.

Most post-war brands concentrated on producing economy models. Still, Bentley decided to present a Gran Turismo coupe designed to cross continents at high speeds through a newly-constructed network of highways. The S1 Coupe with aluminium body by H.J. Mulliner is just one of 151 made and one of just 28 which were produced in the left-hand-drive specification. Based on the S1 Continental chassis, this model featured a straight-six engine capable of reaching 130 mph, which was unimaginable in the 50s. It has been fully restored between 2000 and 2005 and has covered just 21,500 miles since and is offered for sale for $1,2 million by a notable proprietor based in Paris. 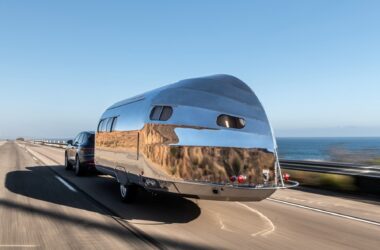 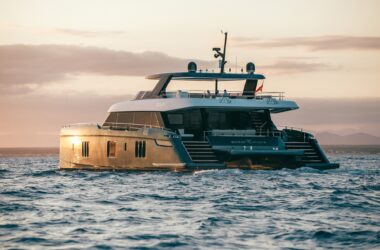 Premium Selection Yachts
How to get a tour of Rafael Nadal’s Sunreef yacht at the…
The yard is holding pre-arranged viewings of the tennis star's awe-inspiring power cat. 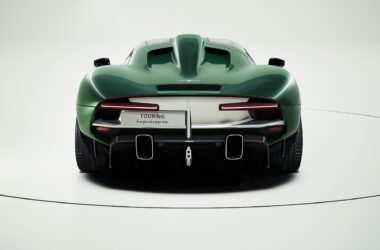 Premium Selection Сars
Salon Privé is back for 2021 with seven amazing premieres
Take a look at the most awaited cars from one of the world's most exclusive automotive events.
Newsletter
Exclusive luxury insights
For newsletter subscribers only