Take a look at our selection of the most exclusive and rare Bugatti examples available on the market. By Andrew Newton
2021 Bugatti Centodieci, approx. $12,559,868
Share
Share

The Bugatti name goes back 112 years to 1909 and Bugatti’s cars were always noteworthy for their handsome design, sophisticated engineering, and high performance. Gentlemen racers won on track in Bugattis, and the elite enjoyed Bugatti’s luxury cars on the road. One of them, 1934 Bugatti Type 59 Sports previously owned by King Leopold III of Belgium, became the highest-priced car sold at automotive auctions in 2020.

Today’s Bugattis are also some of the most expensive cars on the road. None can be had for under seven-figures, and some even stretch into eight — like, for instance, a new Centodieci that came with the price tag of over $12 millions. No surprise that the brand features the highest average price among the supercar makers listed on JamesEdition.

But let the facts speak for themselves: below are the 10 most expensive Bugatti cars on JamesEdition right now.

The Type 57, one of Bugatti’s most versatile models in the classic era, was built from 1934 to 1940 and wore a variety of bodies from Europe’s best coachbuilders. There were Type 57 racing cars as well as more luxurious touring cars. The car for sale located in Germany was first used successfully as a rally car in 1935. It received a new closed bodywork by Gangloff of Switzerland in 1936 and continued to be used for rallies, but at some point received an open body. Today, the car is restored.

Before Volkswagen’s revival of Bugatti, Italian businessman Romano Artioli acquired the rights to the Bugatti brand in 1987 and built Bugattis at a factory in Italy. The Artioli era ended in 1995 when the revived Bugatti was liquidated.

The company only built one model in this time, but it made a lasting impression. Called the EB110, it features a 3.5-liter V-12 with four turbochargers and 12 throttle bodies. Mated to a 6-speed manual, it drives all four wheels. The chassis and body panels are carbon fiber, and when new the EB110 was one of the fastest cars on the road with a top speed of 335 km/h (221 mph). Just 139 units were produced. The rare example in stunning Blu Bugatti color, located in Massachusetts, is represented as the factory prototype and with just 680 miles from new.

The Veyron was the first production Bugatti of the Volkswagen era and was produced in various guises from 2005 to 2015. Powered by a quad-turbocharged W-16 engine, the Veyron was the world’s fastest production automobile when it debuted. The company only constructed 450 Veyrons of all types, and there are only 12 Bugatti “Sang Noir”, or “Black Blood” models. Taking inspiration from the classic Type 57S Atlantic, the Sang Noir features Jet Black paint with exposed carbon fiber on the hood and roof. The car for sale, located in Chicago, is represented with 2952 miles (4751 km).

This example, located in Dubai, is finished in Black Cherry and Gris Lumen over Minuit leather and is represented with 4342 km.

A more powerful and faster version of the revolutionary original Veyron, the Veyron Super Sport, boasting 1184 hp and a top speed of 431.07 km/h (267.856 mph). It was the world’s fastest production car when it debuted, and production was limited to just 30 cars. Located in the UK, this Super Sport is finished in black and exposed carbon fiber with a burnt orange leather interior. Options include black painted wheels with polished finish, mirror finish on the center mesh, blue brake calipers, and black fuel and oil filler caps. It has covered just 1000 miles (1609 km).

Bugatti’s current offering is the Chiron, introduced in 2016 to replace the Veyron. Although visually and mechanically similar to the Veyron, the Chiron features thorough upgrades over its predecessor, including the output of 1479 hp from its quad-turbo W-16 engine. The Chiron’s top speed is electronically limited to 261 mph. This Chiron, located in Qatar, is finished in Dove Grey over a full red interior and shows just 3000 km (1864 miles).

To celebrate its 110th birthday, Bugatti introduced the 110 ANS version of the Chiron in 2019. It is distinguished by a matte Steel Blue paint scheme with Steel Blue carbon fiber accents as well as the colors of the French flag on the bottom of the rear wing, the mirrors, the fuel filler cap, and in a stripe down the middle of the seats.

Bugatti only built 20 examples of the Chiron Sport 110 ANS. Located in France, this example is essentially still a new car with 0 km represented.

The Chiron is a more track-focused version of the Chiron that Bugatti introduced in 2018. Although the powertrain remains largely the same as the standard Chiron, the Sport model is lighter in weight and features stiffer suspension, a torque vectoring system, and aerodynamic improvements. Located in Dubai and finished in an attractive green over brown, this Chiron Sport is represented with full options and just 1000 km (621 miles).

Introduced in 2019 and limited to a production run of just 40 cars, the Divo is based on the Chiron but is thoroughly re-worked and fine-tuned for improved handling rather than top speed. The Divo features more downforce, lower weight, and handling improvements over the Chiron. All 40 Divos were reportedly pre-sold before their public debut despite their massive asking price, but there is one car currently available in Bons-en-Chablais, France.

“Centodieci” is the Italian word for the number 110, and is both an homage to the Bugatti EB110 of the 1990s and a celebration of Bugatti’s 110th anniversary. Based on the Chiron but lighter in weight and wearing revised bodywork, the Centodieci is Bugatti’s most expensive ever model as well as one of its most exclusive. Production was limited to just 10 cars, all of course hand-built at Bugatti’s factory in Molsheim, Alsace. One of the 10 slots is available through Luxury Car Consulting in Bons-en-Chablais, France. 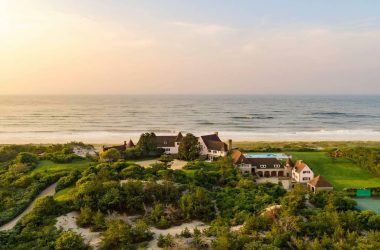 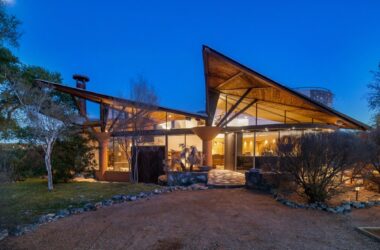 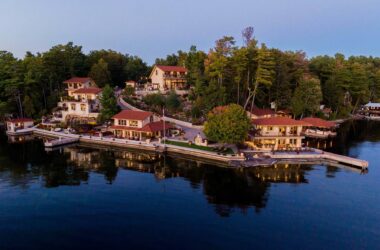