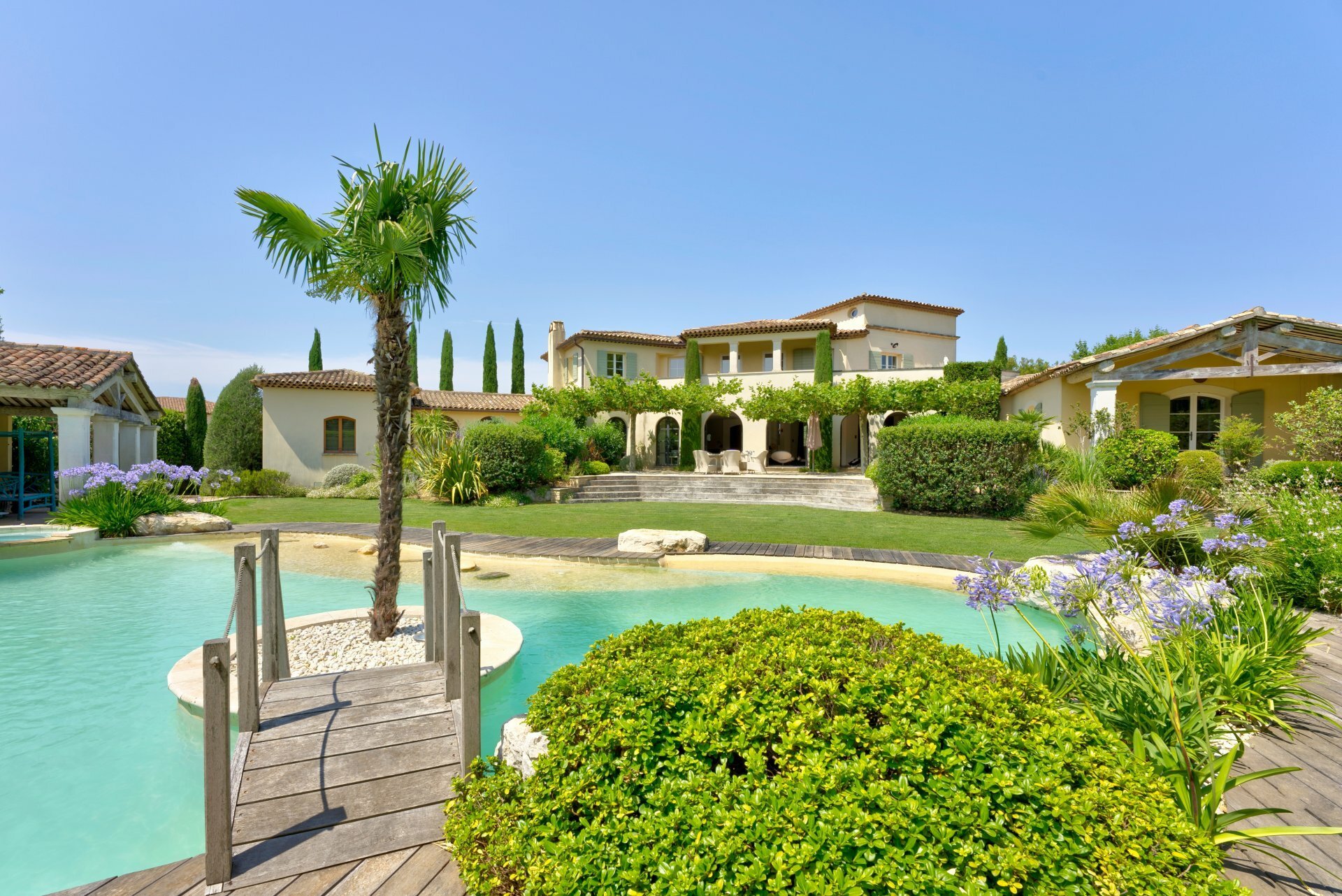 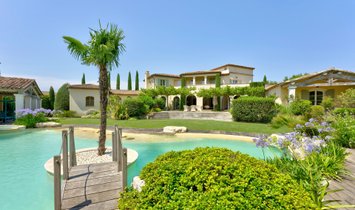 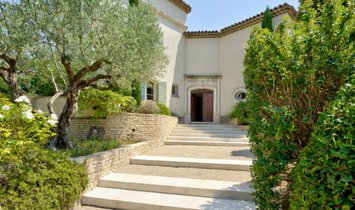 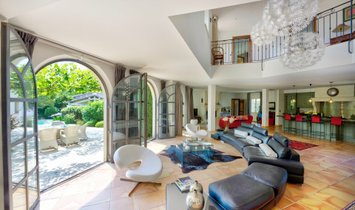 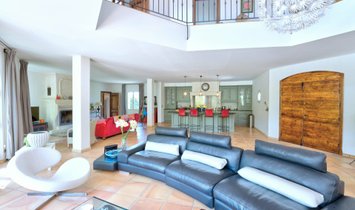 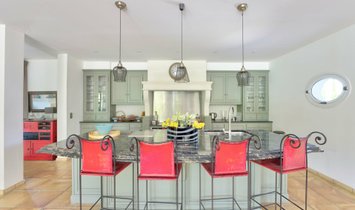 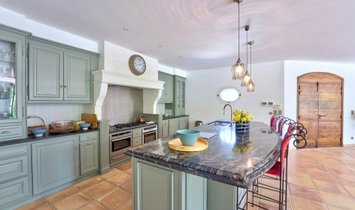 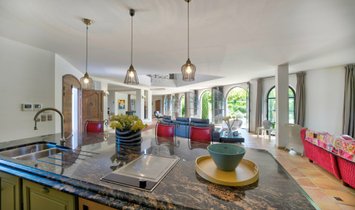 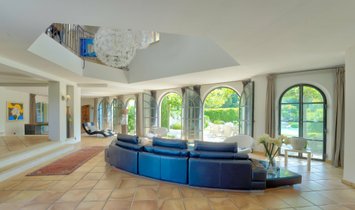 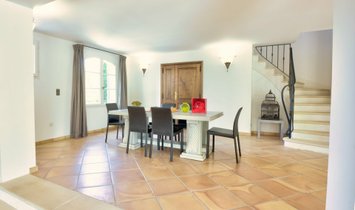 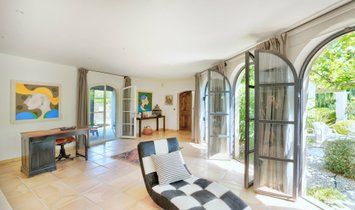 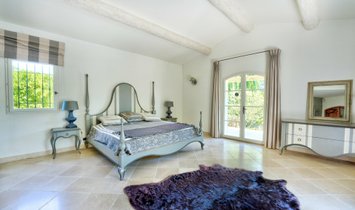 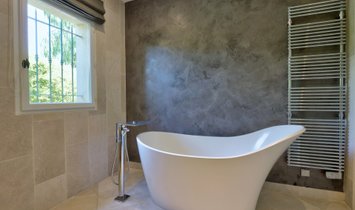 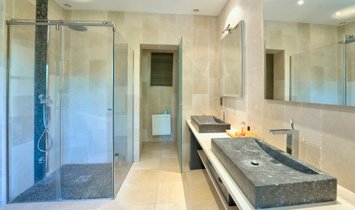 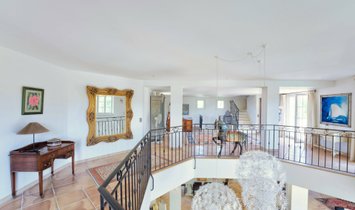 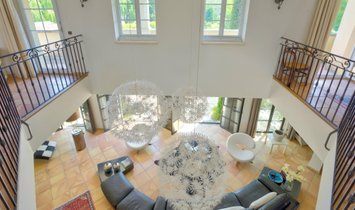 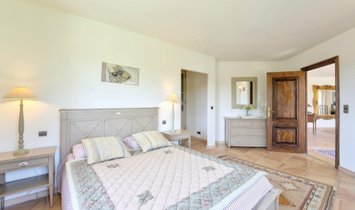 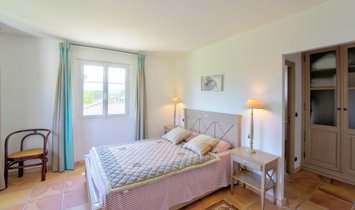 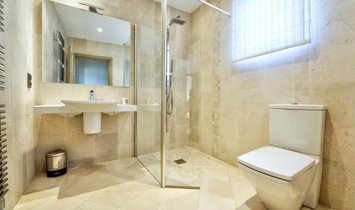 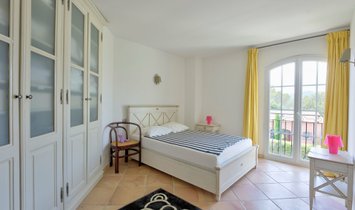 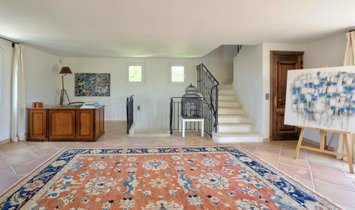 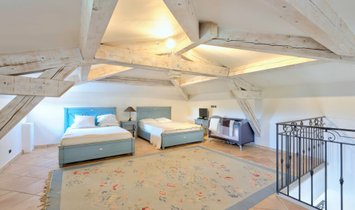 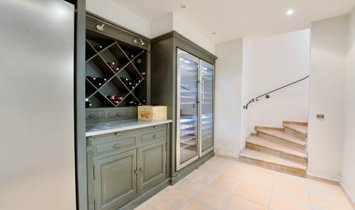 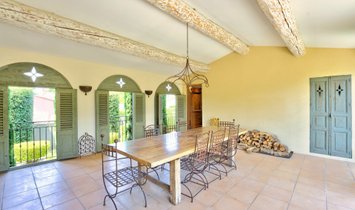 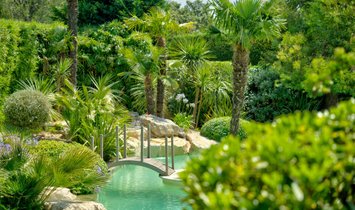 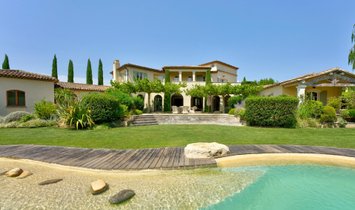 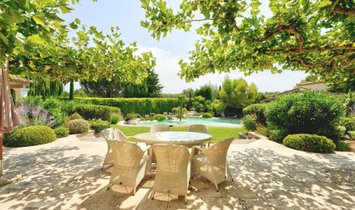 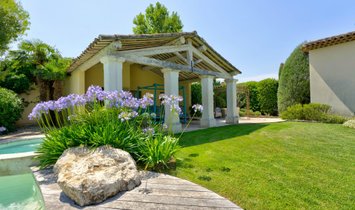 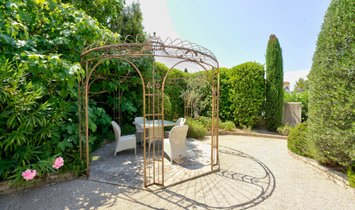 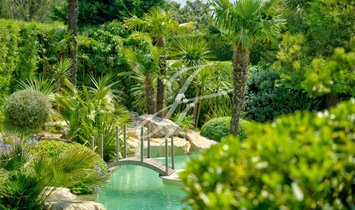 Magnificent property of 430m² located on the Golf of Pont Royal, between Provence and the Luberon Park.

Built in 2008, in a very harmonious style with an entrance leading to a large living room with living-dining room and fireplace, an open kitchen, an office area and a pantry. An independent loft of approximately 40m² located near the Villa.

Magnificent property of 430m² located on the Golf of Pont Royal, between Provence and the Luberon Park.

Built in 2008, in a very harmonious style with an entrance leading to a large living room with living-dining room and fireplace, an open kitchen, an office area and a pantry. An independent loft of approximately 40m² located near the Villa.

The night area has 4 bedrooms including a master suite with office, dressing room and bathroom, then two suites on the first floor and a 30m2 bedroom under the roof.

In the basement, a pantry, a wine cellar, a laundry room and a garage that can accommodate up to 6 cars at home complete the package.

Outside, the garden of about 2000 m² landscaped with Mediterranean species, offers a free-form swimming pool, a jacuzzi, a covered outdoor lounge and various living spaces.

The many amenities of the house, the neat services as well as its location make it a rare property for sale, out of sight and very nicely done.

The creation of the Pont Royal International Golf Course began in 1991 on former hunting grounds, garrigue and pine forests.

It is the work of Severiano Ballesteros who thus signs his only course in France, inaugurated by him along with Marie-Laure de Lorenzi, in September 1992.

Pont Royal owes its name to the old royal road used by the “Bon Roi René” during his hunting in Provence and whose bridge arch is still visible on the access road. The emblem of both hinds resumes a sculpture found in the ancient chapel belonging to the Moulin.

The project was born thanks to the will of Messieurs Ventre, owner of the Moulin de Vernègues and Daniel Conte, Mayor of Mallemort, with the support of Claude Roger Cartier, President of the French Golf Federation.

Integrated into the 183 hectare Pont Royal Estate and realized on a calcareous ground, under the eye of the project manager David Krause who later became first director, the course is inspired by the American “technical routes” by combinning special grass mixtures for the sake of unique, stronger seeds, better adapted to playing and growing on a sand substrate. Thus at Pont Royal the formula of the greens and tee boxes is simple: 100% pencross. The fairways are composed of 25% ryegrass and 75% fescue.

Originally financed and operated by LONDON METROPOLITAN, Pont Royal later became the property of the Pierre & Vacances group, which in 1998 was sold to the American company SUNCHASE.

In 2000 the Golf club has 140 members and at the initiative of Messrs. H. FAHLBUSCH, J.-P. CARRE, M. O’SHEA, C. SINTES, D. LEUBA, F. MEYER, T. VOLLALOKKEN, more than 100 members became part owners on April 3, 2001, with the concern of preserving the golf course and its exceptional environment.

Between Alpilles and Luberon, the Pont Royal International Golf is the sports and tourist destination of the region. It allows the game of golf to be enjoyed in all seasons in great condition thanks to modern equipment and professional maintenance.

This desire for openness and excellence was also expressed through hosting the European Alps Tour “MASTERS 13” from 2003 to 2014. The Golf de Pont Royal is hosting the “Open de Provence by Hoops” tournament, a European Professional Challenge Tour since 2018.