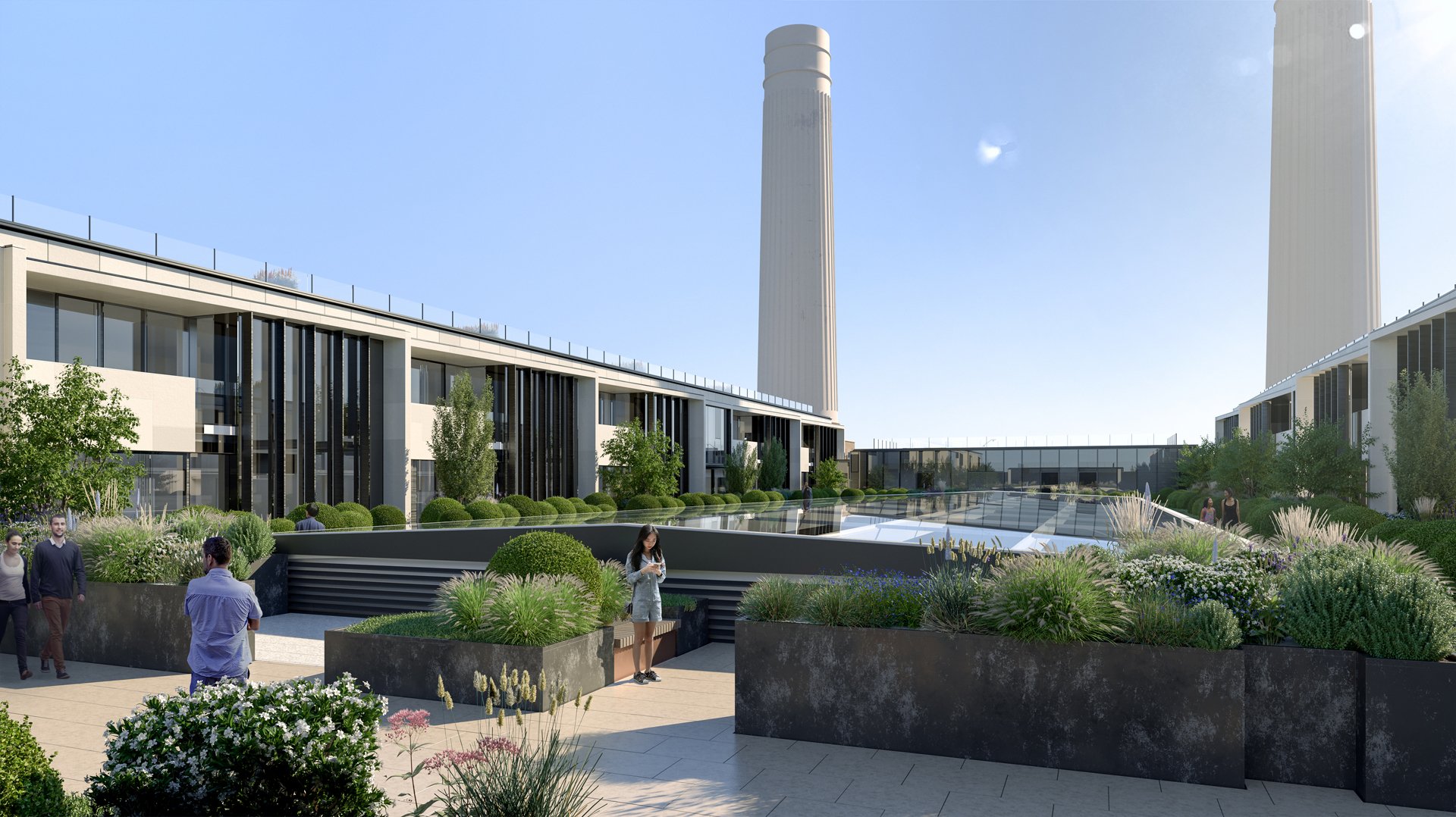 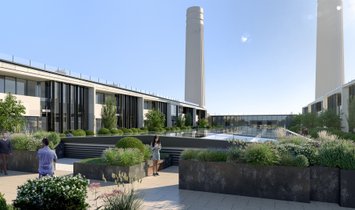 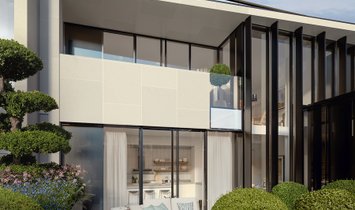 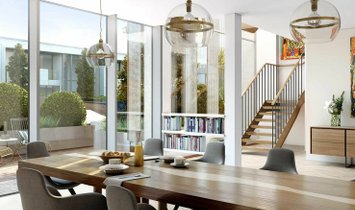 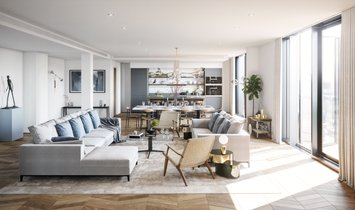 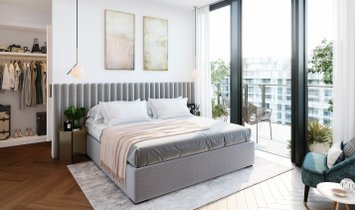 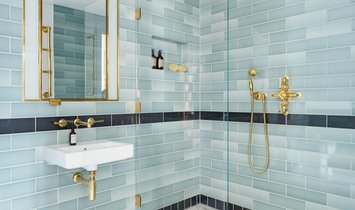 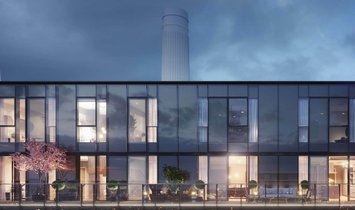 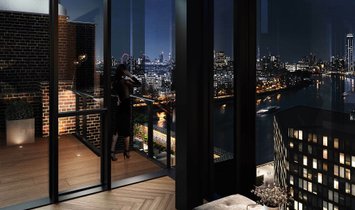 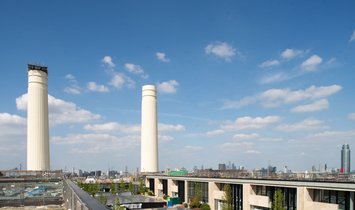 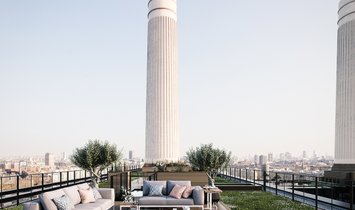 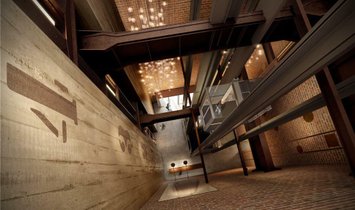 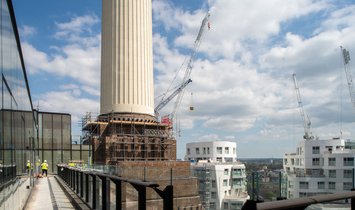 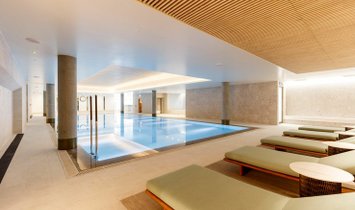 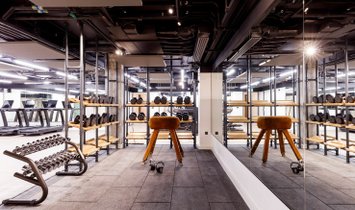 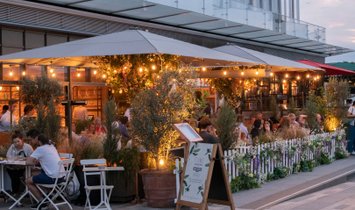 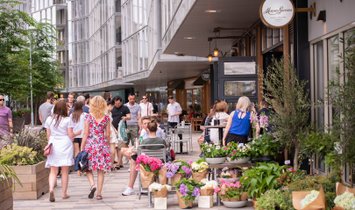 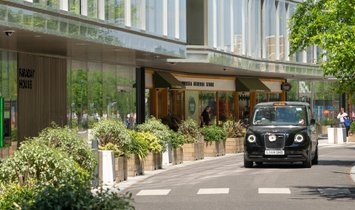 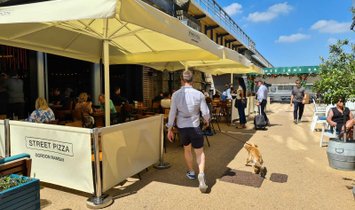 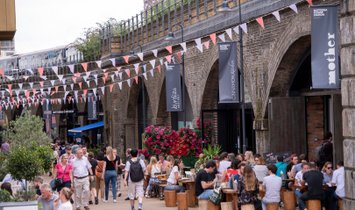 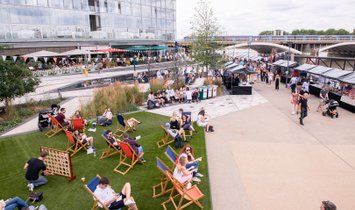 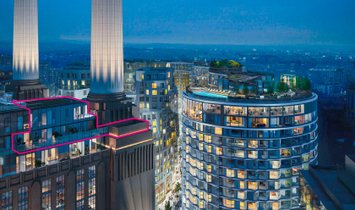 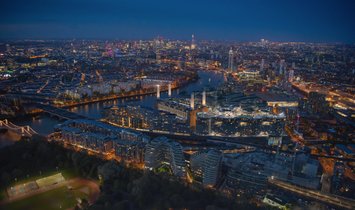 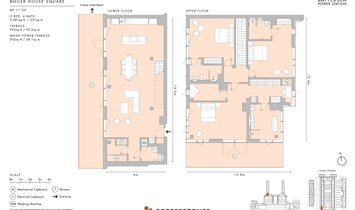 Dominating the 11th and 12th floor, one can access the villa by entering one of the towering four storey reception lobbies within each of the wash towers at the corners of the Power Station. From the lobby, two scenic glass lifts rise rapidly taking you to a top-lit sky reception at the base of the famous chimneys. On your way to your villa in the sky the journey will be punctuated by views of the generous landscaped gardens. A bank of centrally located lifts are also available to take you directly to the basement car park.

A quintessential abode for entertaining, this sensational villa offers copious external space providing far reaching views of the Park & the rest of the development from the large open plan living area on the 11th floor.

This is a truely spectacular place to call home!

Exclusive and carefully selected retailers based on site will make the new Electric Boulevard London’s most fashionable and exciting shopping destination right at your doorstep! The Power Station’s own Battersea General Store brings you artisan suppliers and international brands.

Moreover, there is a theatre and plenty of bars/cafes to keep you conveniently entertained.

If you do need to travel in and around London, just walk to the new Battersea Power Station northern line tube located right within the development or choose the river taxi service off the jetty.

Please note that some pictures shown are for illustration purpose only.

Battersea Power Station is one of central London’s largest, most visionary and eagerly anticipated new town centres comprising of shops, restaurants and office space. In addition, there will be a six-acre public park, a town square and a new dedicated tube station opening in September 2021!

Apple have already chosen the venue to relocate their brand new headquarters!

The successful regeneration of Battersea Power Station will create 20,000 new jobs, inject £20bn into the UK economy and create a funding mechanism for the first major tube line extension since the Millennium. A new NHS medical facility is also being built.

The Battersea Power Station Foundation supports local charities and community projects. Over £3.3m has been awarded since it launched in 2016; on average, £207,000 is granted per month and the largest grant awarded was to Battersea Arts Centre for £305,000.

Circus West Village is the neighbourhood centre for the first part of the development. It opened to the public in Spring 2017 and since then more than 350,000 people have visited to enjoy the ongoing programme of events and the new shops and restaurants.

Residents started to move in to Circus West early in 2017 and continue to do so. The Village Hall, a new performance space, has opened at Circus West Village and a new MBNA Thames Clippers River Bus service commenced on 1 November 2017.