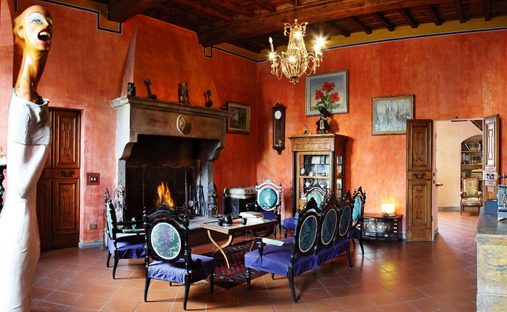 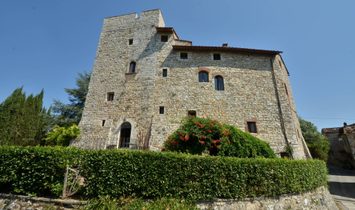 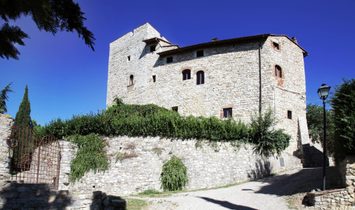 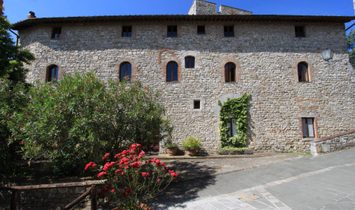 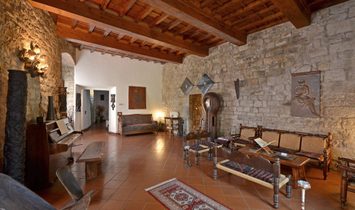 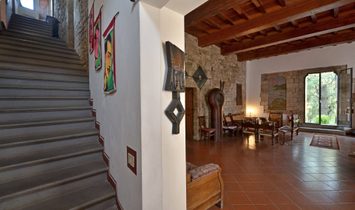 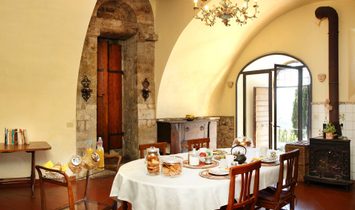 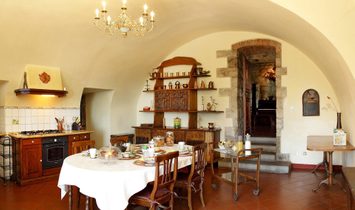 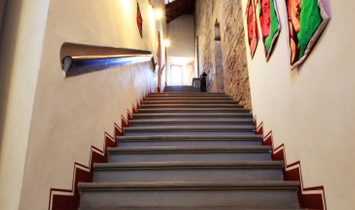 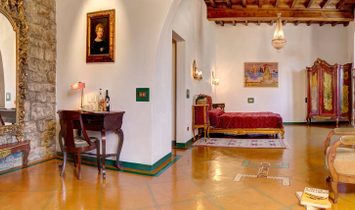 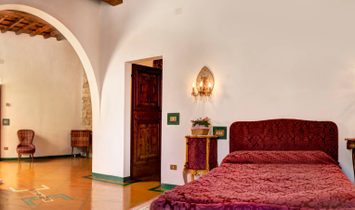 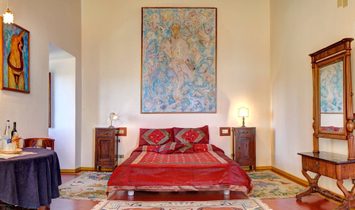 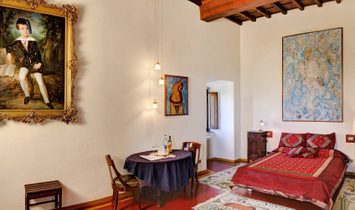 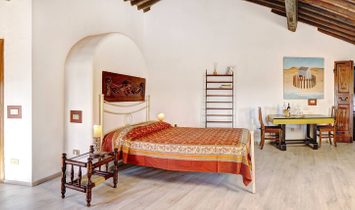 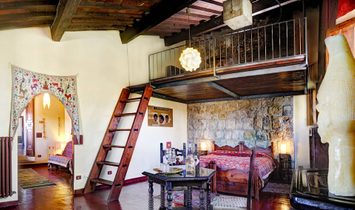 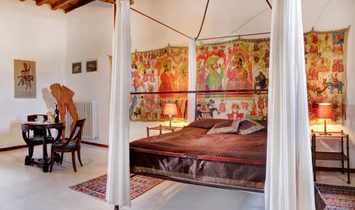 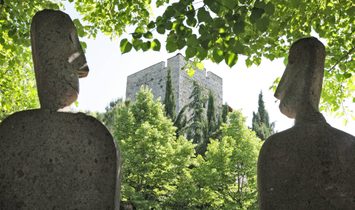 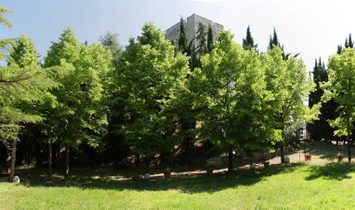 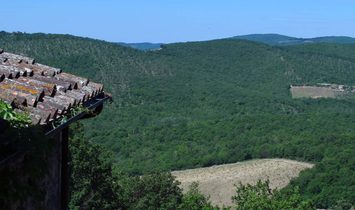 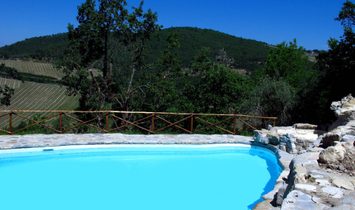 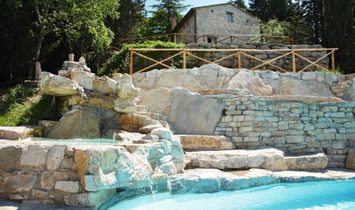 Castle for sale in Gaiole in Chianti

This Castle is situated near Vertines medieval borough, in a dominant position in the heart of the Chianti Classico Region. It was constructed in white stone in early 1000 A.D. and It was considered to have been the property of Baroni Ricasoli since 1100, whom given the strategic location, used it as a fort against the Florentine uprising during the Guelph and Ghibelline war. In fact, today Vertine represents one of the most extraordinary and fascinating examples of a fortified medieval borough.
The property starts at the border of the inhabited borough and it extends to the woods and adjoining olive groves. Its composed of the main portion of the Castle with the tower that covers 900 m2, a deconsecrated church of about 250 m2 presently used as an art studio, an annex of approximately 80 m2, a wine-cellar of roughly 190 m2, a pool with a panoramic view, and a 60 m2 garage. Three hectares of Agricultural land and olive groves which are accessible from two independent entrances: one from the town, the other from the Castles garden.
The building is four stories high. From the main entrance, arriving to the Castle from the borough, you access the main hall and the antique, yet extraordinary stairs that lead to the upper floors and reaches the tower. On the first floor you will find a big kitchen from which you access a garden and a stone solarium. In addition, there is a small apartment with a private entrance connected to the main building, containing a kitchen-living room with a fireplace, a bedroom, and a bathroom.
On the second floor there are three beautiful rooms, two of which have an antique fireplace, a library with fireplace, and a big room with an en-suite bathroom.
On the third floor there are three bedrooms all with en-suite bathrooms.
On the fourth floor there is a master bedroom nestled at the highest part of the tower. From there, you access a terrace with a 360-degree panoramic view of all Chianti.
On the exterior, the beautiful garden emerging between the trees, extends for about 300 m2 until it reaches the panoramic view pool, wedged between rocks and the travertine.
The annex was renovated in the 90s and its located between the castle and the pool. It is two stories high and has two wide rooms with a fireplace and two bathrooms.
Vertines Castle is the ideal place to admire the eternal beauty of Chianti, an oasis of tranquility in a magical and ancient atmosphere.
Read more

Moira Mancini
Listing Agent
Show phone number
Thank you!
Your message has been sent to the seller. They will contact you soon.
.Something went wrong...
We were unable to send your message to the seller. Please try again or contact us. 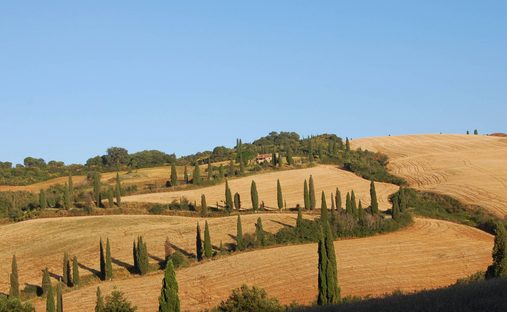 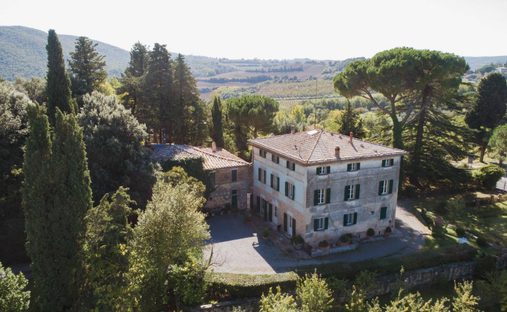 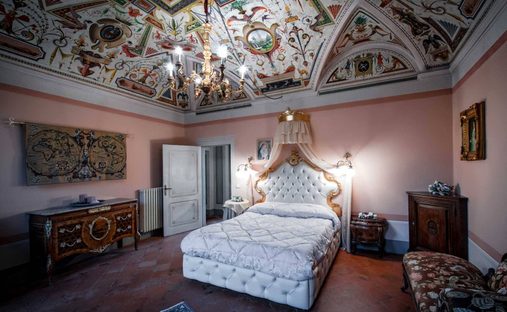 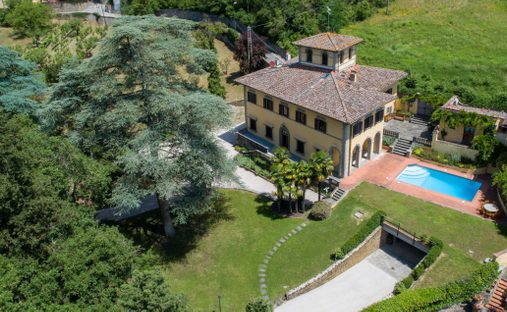