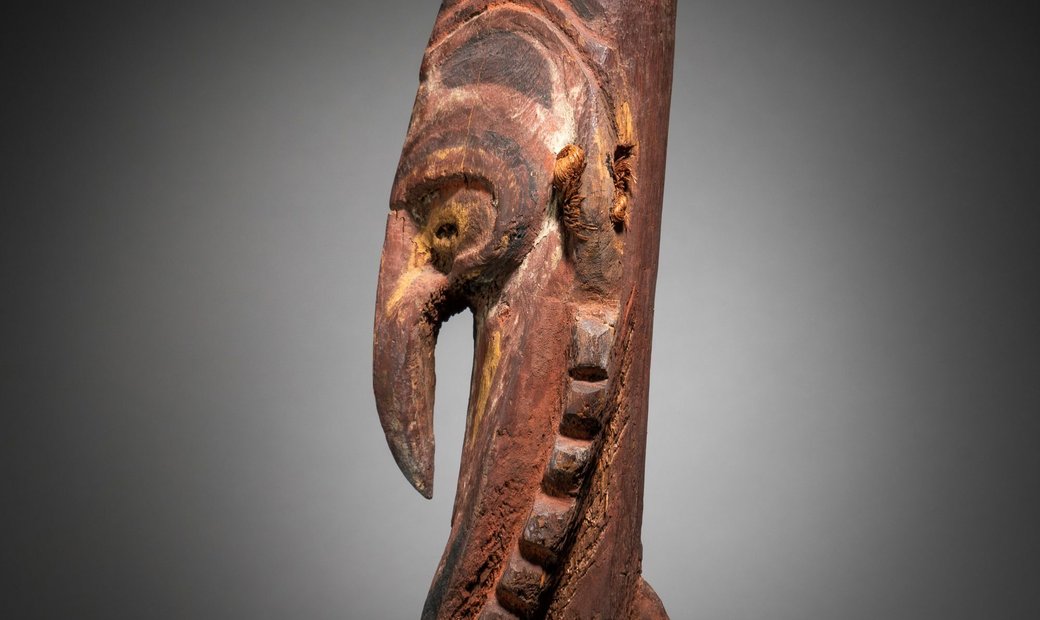 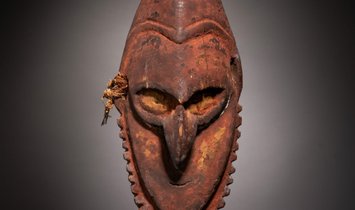 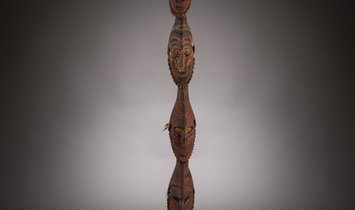 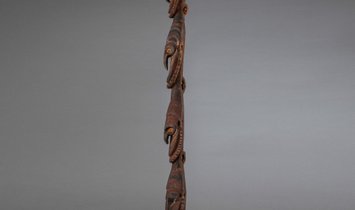 Carvings from the Sepik River region are among the most iconic works from Papua New Guinea. Seven hundred miles in length, the Sepik originates in the mountains of central New Guinea and meanders through the lowlands of the interior, finally flowing into the Pacific by way of a swampy delta on the northeast coast of the island. The tribes that live along its banks and tributaries have practiced wood carving for millennia, producing a wide variety of sculptural approaches and visual languages.


Within the diversity of regional traditions some common concepts exist, including the creation of masks and the building of men’s houses. Both were the sole province of men who had been initiated into esoteric men’s societies. Masks, some of which were worn and others used as symbolic emblems, represented powerful spirits. Likewise, the numerous carvings in men’s houses depicted ancestors and nature spirits linked to local regions. Containing assemblages of ritual images from all the clans in the community, the men’s house was a virtual storehouse of carved images and teemed with faces and figures of striking artistic and spiritual power.


Reminiscent of vastly larger house posts, which bear stacked tiers of mask images and figures carved in relief, this ceremonial post offers a showcase of Sepik mask design. It comprises four vertically arranged mask images, all carved in classic idioms of the region and painted with differing features. The rounded, moulded surfaces of the masks have been weathered to a beautiful softness. Painted designs in red, yellow, white and black pigments, long eroded but still present, heighten and empower the four faces. The post shows an enchanting, rhythmic waveform silhouette that is serrated at intervals by the beards of the masks. Numerous lugs at the masks’ ears and on the back of the post bear bindings and fragments of fiber, suggesting that the post was formerly lashed to a larger structure.