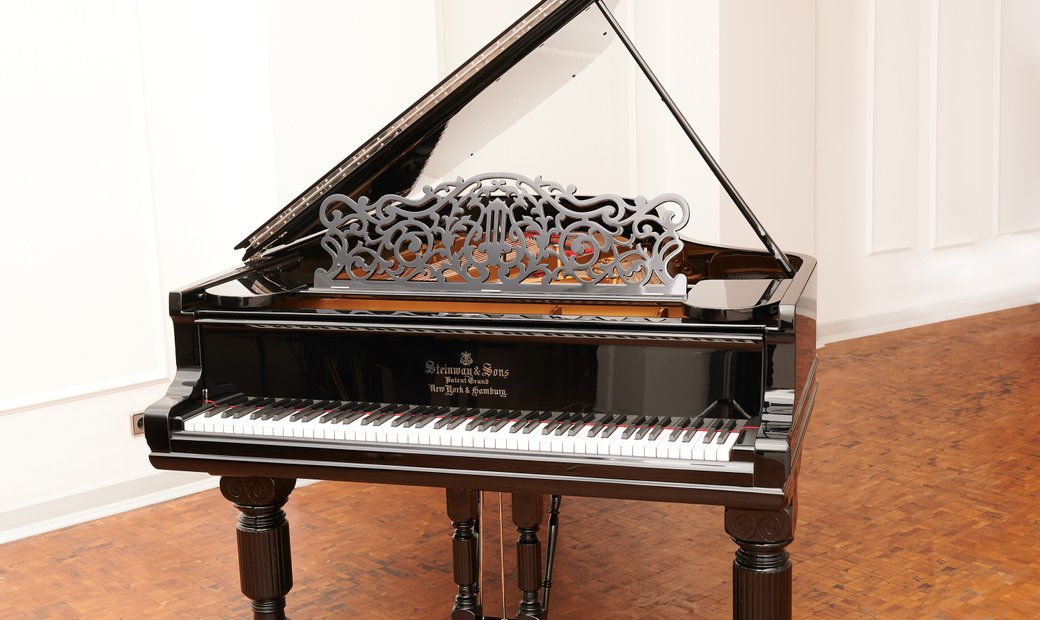 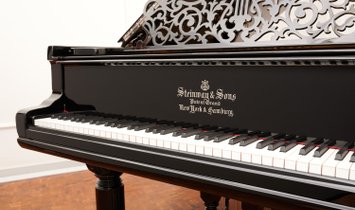 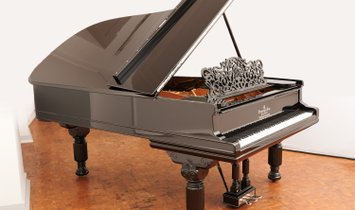 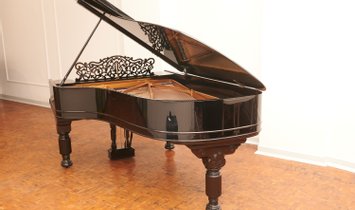 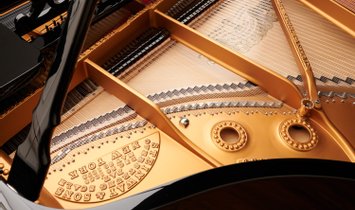 This highly individualized Steinway & Sons B-211 grand piano was built in the Steinway factory in Hamburg, Germany in 1893 and delivered to Julius F. J. Oetling, the Consul of the Grand Duke of Mecklenburg-Western Pomerania in Hamburg in the same year.

Steinway & Sons was founded in 1853 by German immigrant Henry Engelhard Steinway in New York. Over the next thirty years, Henry and his sons further developed the Steinway piano. They built their instruments one at a time, applying skills that have been handed down from master to apprentice, generation after generation, ever since. Steinway became the choice for ninety-eight percent of concertizing artists, none of whom are compensated to endorse the instrument. Steinway earned a reputation as an investment for the owner in the legacy of future generations.

Despite its origin in the 19th century this antique grand piano is a timeless piece of art and craftsmanship. Furthermore its very individual features make it stand out from other Steinway instruments from that time. Firstly, the Sostenuto pedal (in the middle) is something rarely ever found in instruments from that time. Secondly, the chrome fittings in silver (also a rarity in that time) give the instrument a modern and very elegant look.

This masterpiece was fully restored in our German workshop. Our family is in the business of building, restoring and trading pianos for more than 130 years. With our longstanding experience and expertise we are able to create historically correct restorations which at the same time promise a new lifetime of usage.

This grand piano is in our headquarter showroom in Wiesbaden, Germany, conveniently located just 30 mins from Frankfurt as well as the Frankfurt International Airport. The website is www.piano-schulz.de and our phone number is +49 611 9922444. Please contact us anytime for more information, to come see the instrument in person or a virtual tour.