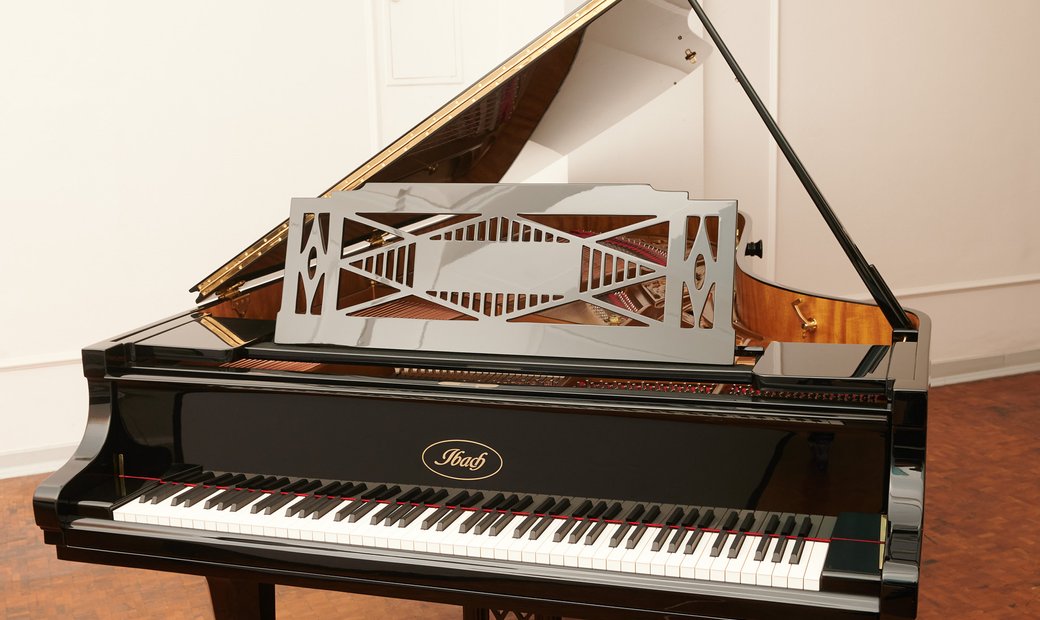 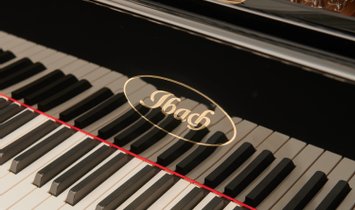 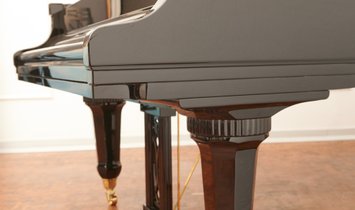 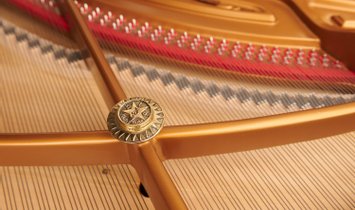 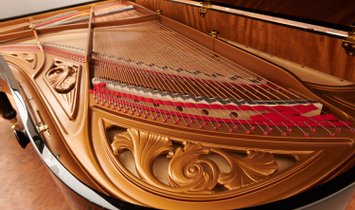 This 264 cm long Ibach grand piano was manufactured in Schwelm/Westphalia, Germany in 1915. Its concert size as well as the iconic Ibach design make it a very special instrument both for professional as well as amateur players.

Ibach was until 2007 the oldest piano manufacturer in the world still in production. Founded in 1794, the company was one of the leading manufacturers of pianos and grand pianos. Until 1904, the company also produced organs. Ibach was and is still managed by the founding family; by the beginning of the 21st century, the seventh generation joined the company. In December 2007, piano production at the Schwelm site was discontinued. Today, the company is engaged in supporting the pianos manufactured by Ibach.

Like all Ibach pianos this grand is characterized by the high attention to detail in manufacturing employed at Ibach, creating a sound full of power and soul. Its size makes it capable of filling concert halls the same as sizable living rooms. Ibach employed architects to refine their design on a regular basis. This design gives the instrument a low key and slim look, hiding its actual size from the viewer. Additionally, the Ibach grand piano has two more keys in the bass, making it a total of 90, which give it a more balanced sound image in the lower region, even if they are not directly played.

This masterpiece was fully restored in our German workshop. Our family is in the business of building, restoring and trading pianos for more than 130 years. With our longstanding experience and expertise we are able to create historically correct restorations which at the same time promise a new lifetime of usage.

This grand piano is in our headquarter showroom in Wiesbaden, Germany, conveniently located just 30 mins from Frankfurt as well as the Frankfurt International Airport. The website is www.piano-schulz.de and our phone number is +49 611 9922444. Please contact us anytime for more information, to come see the instrument in person or a virtual tour.