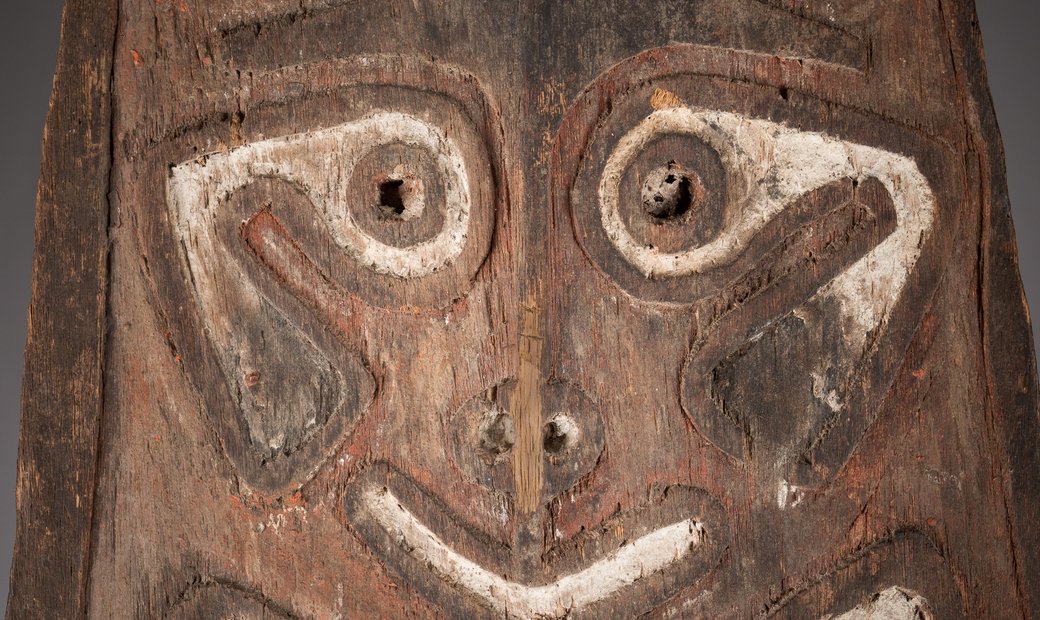 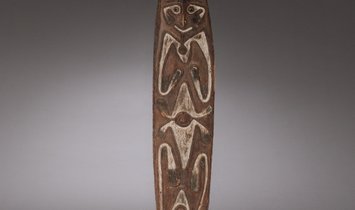 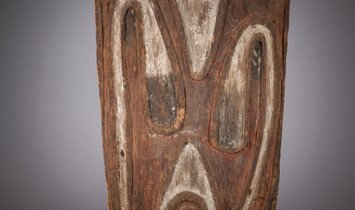 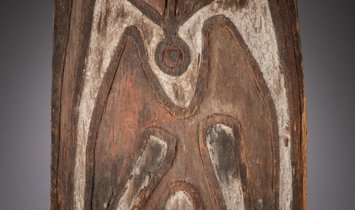 In the Papuan Gulf region, the primary focus of traditional religious and artistic life was on powerful spirits known as imunu. Each imunu typically was associated with a specific location in the landscape, rivers, or sea, and was linked to the specific clan whose territory encompassed that location. The peoples of the region represented and revered the imunu through the creation of spirit boards (gope), two-dimensional carvings featuring figures and designs carved in low relief and colored with ochre and pigment. Each served as a dwelling place for an individual imunu, whose image appears on it.

Villages formerly had huge, communal, peak-roofed men's houses, called ravi, where ceremonial clan objects were kept safe and hidden from the uninitiated. The men’s house was divided into cubicles allotted to a particular clan or subclan, each of which contained a clan shrine, which housed gope, figures, skull racks, human and animal skulls, and other sacred objects associated with the clan's various imunu. Gope helped to guard their clanspeople from harm and aided them in headhunting and warfare, offering concealment and weakening enemies in advance of a raid.

The present gope takes a narrow oval form, tapered and pointed at the top and bottom ends. Carved in low relief, the surface designs are brought out with white ochre. The face of the imunu peers out from the upper section of the board, joined by a number of symmetrical, hooked motifs reminiscent of grasping arms. A circular navel is found at the center of the board, echoed by a number of concentric circle motifs positioned down the length of the board. Taken as a single composition, the independent shapes seem to conspire to depict a full human figure.

Gold, diamonds and Metatron: Luxurious abstract art for your walls
While the world rushes on by, painter Donna McCain creates enchanting (and luxurious) artworks that encourage inward contemplation and focus on hig... Read more
Peggy and David Rockefeller’ Collection for sale at Christie’s Estate.
If you’re an art collector, you won’t want to miss one of the most highly anticipated events of the 2018 spring season: the Collection of Peggy an... Read more
Subscribe to Our Newsletter
JAMESEDITION
CATEGORIES
CATALOG
FOR BUSINESS
SETTINGS
Copyright © 2020 JamesEdition B.V.