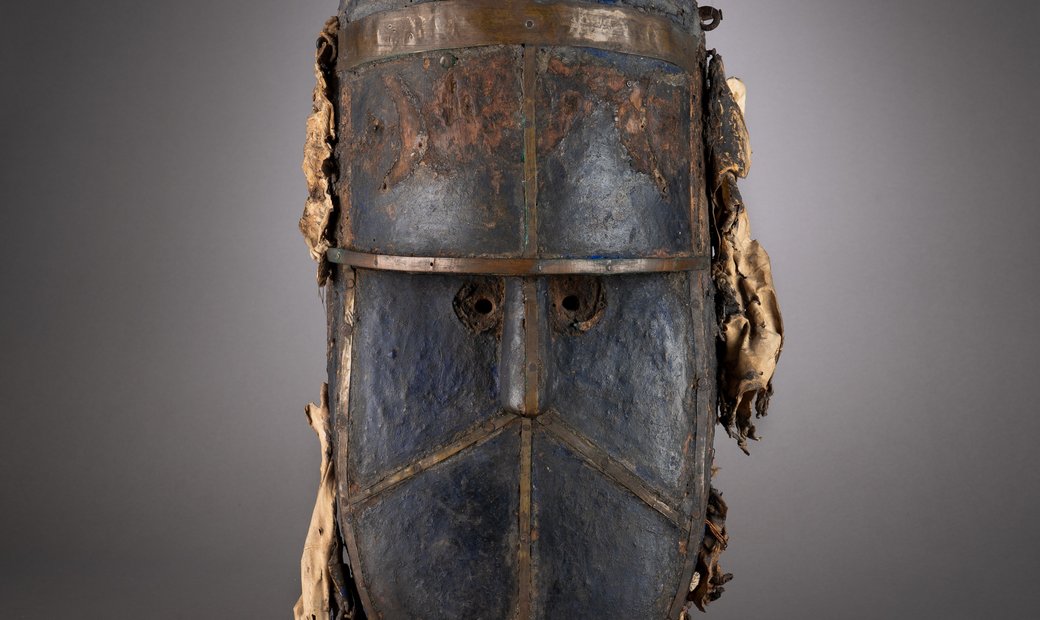 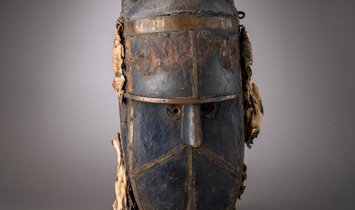 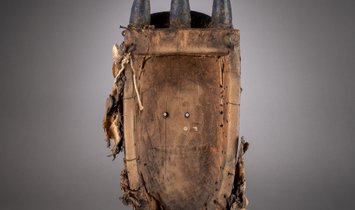 Toma/Loma Poro Society Mask - Liberia or Guinea Imposing and mysterious in appearance, this angbai mask was used during ceremonies of the Poros ociety, a profoundly influential group among the Toma and their Guinea Coast neighbors that preserved political order and governed land use, initiation ceremonies, marriage, trade, and more. Angbai masks depict a number of incarnations of the great spirit, Afwi. The most common are Landai, a forest spirit that embodies the power of Poro, and Nyangbai, his wife.

One of the main responsibilities of the Poro was the initiation of young boys. Held in seclusion at a forest camp, initiations inculcated youths with the adult values of co-operation, solidarity, and respect for the elders. During one climactic rite the boys are metaphorically devoured by Landai, embodied in the angbai mask, and are reborn as men. In the past, initiates would receive cicatrization over the back and shoulders that was symbolic of the bite wounds inflicted by the spirit.

The face of the present mask adopts an elongated, semi-oval form, midnight blue in color and segmented by a number of metal strips. From the center point of the face, below the cross-shaped juncture of the sharp brow and nose bridge, three strips spread downward and out, dividing the lower face into quadrants. A wider band separates the high forehead from the three rounded horns and crown of the head that surmount the mask, and around the perimeter of the face are attached several pieces of hide. The surface of the upper forehead shows evidence of having once been decorated with additional applied motifs. Two small round eye holes, closely set against the nose, peer out from the shadow beneath the horizontal brow line. The minimal design communicates a deep inner strength and authority, elevating the mask’s spiritual power.

Gold, diamonds and Metatron: Luxurious abstract art for your walls
While the world rushes on by, painter Donna McCain creates enchanting (and luxurious) artworks that encourage inward contemplation and focus on hig... Read more
Peggy and David Rockefeller’ Collection for sale at Christie’s Estate.
If you’re an art collector, you won’t want to miss one of the most highly anticipated events of the 2018 spring season: the Collection of Peggy an... Read more
Subscribe to Our Newsletter
JAMESEDITION
CATEGORIES
CATALOG
FOR BUSINESS
SETTINGS
Copyright © 2020 JamesEdition B.V.