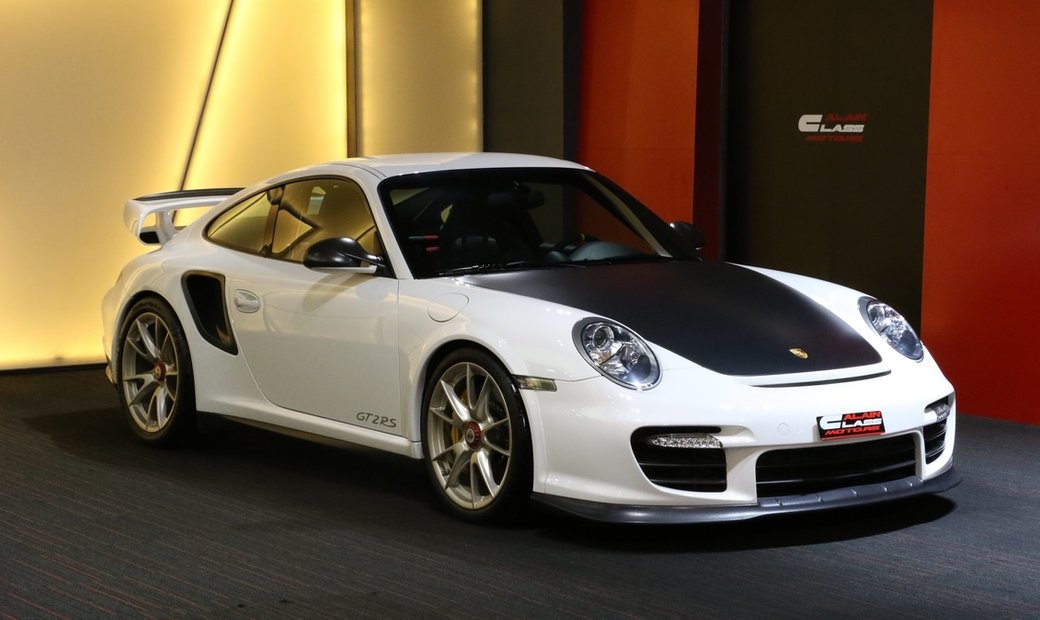 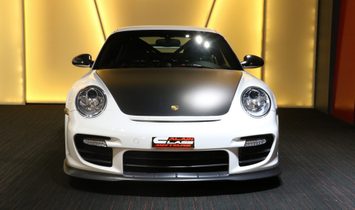 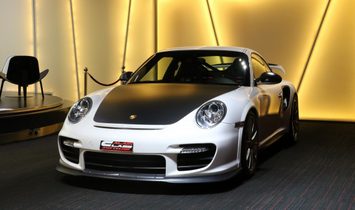 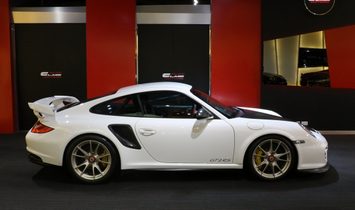 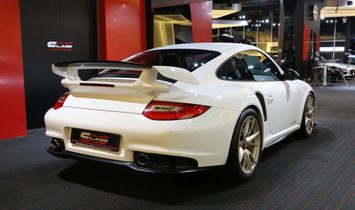 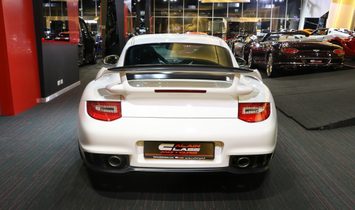 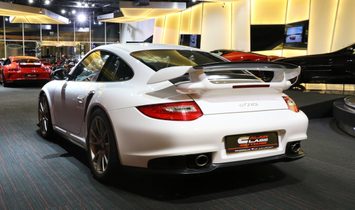 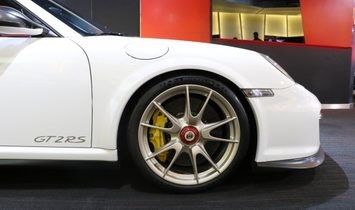 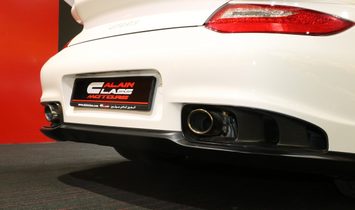 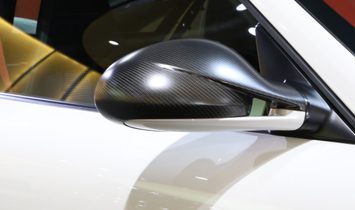 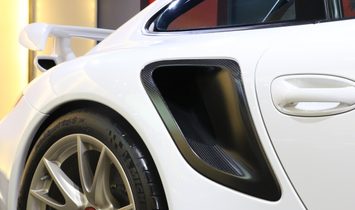 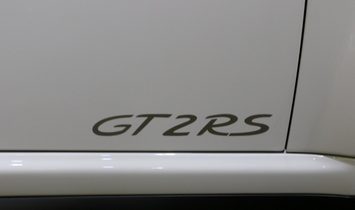 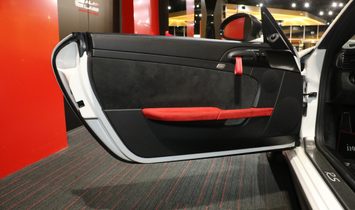 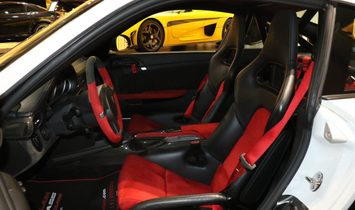 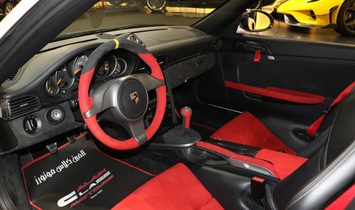 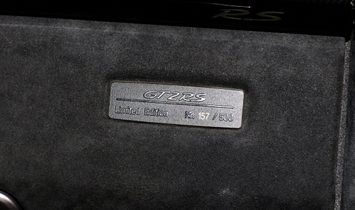 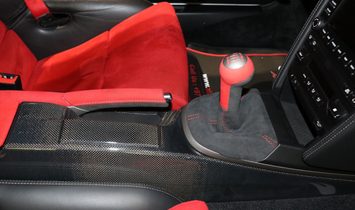 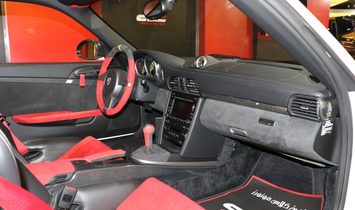 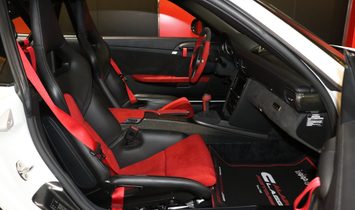 It was launched at the 2010 Moscow Auto Show, the GT2 RS marked the absolute climax of the 911 range, becoming the fastest, lightest, and most powerful road-going Porsche to have ever been created. Production was limited to only 500 units.

The RS received some upgrades that were available on the standard GT2. Among them there were numerous carbon-fiber-reinforced components, recognizable by their matte-black surface finish. These include the front trunk lid, front spoiler lip, side skirts, mirror caps, rear fender intake frames, and rear diffuser.

The GT2 RS also gained wider, lightweight wheels with motorsport inspired central locking (instead of the GT2’s five-nut layout), and flared front wheel arches. Aerodynamic updates included a revised front splitter and rear diffuser, and reshaped side mirrors. The "GT2" badge on the engine lid was replaced with a "GT2 RS," while the doors gained similar lettering.

The GT2 RS’ interior was heavily based on the GT2’s, which received sportier accents compared to the standard 911 Turbo. Porsche took things to the next level with the RS, which aimed for a more race-inspired appearance. Added features included lightweight bucket seats made from carbon-fiber-reinforced plastic in carbon finish and lightweight door panels with fabric pulls instead of conventional handles. All cars had a black interior with red accents on the seats, steering wheel, door panels, and roof. The gearshift and handbrake lever were finished in red Alcantara.

Motivation for the GT2 RS came from a revised version of the GT2’s twin-turbo, 3.6-liter flat-six. The beefed-up mill cranked out 612 horsepower and 516 pound-feet of torque, an 89-horsepower and 16-pound-feet increase over the GT2. These figures made the 911 GT2 RS the most powerful road-legal Porsche in history.

The RS’ impressive output was sent to the rear wheels through a six-speed manual gearbox specifically revised for this model. The combo enabled the winged coupe to hit 62 mph in 3.5 seconds, three tenths quicker than the GT2. Top speed increased from 204 to 205 mph. Not surprising given that the RS is also 150 pounds lighter.

The RS received a revised suspension system, wider wheels, new anti-rolls bars and engine mounts, the Porsche Adaptive Suspension Management (PASM) and Porsche Stability Management (PSM). The lightweight wheels were wrapped in specially design sports tires, while stopping power was provided by Porsche’s composite ceramic brakes with Brembo six-piston calipers at the front and four-piston calipers to the rear.
For Sale by

Luxury garages: Unique cars of tech billionaires, old-school magnates and Gen-Z idols
JamesEdition is reviewing the car-buying habits of wealthy petrolheads. From the classic 911 to the latest Bugatti and Pagani models, you can find ... Read more
New names: 10 Best supercars to buy in 2020-2021
Supercar enthusiasts can’t wait to see what the next limited, high-performance vehicle will bring to the market. They love the process, and so do w... Read more
The top things you need to know about the Aston Martin Vantage
How much is an Aston Martin Vantage? To answer this question, let’s take a closer look at this iconic car. “Vantage embodies all that is beautiful ... Read more
The 10 Coolest Paint Colors in the Lamborghini Squad
“What is the best paint color for a Lamborghini?” “What are Lamborghini’s signature colors?” “Best selling colors,” “best white paints,” “best colo... Read more