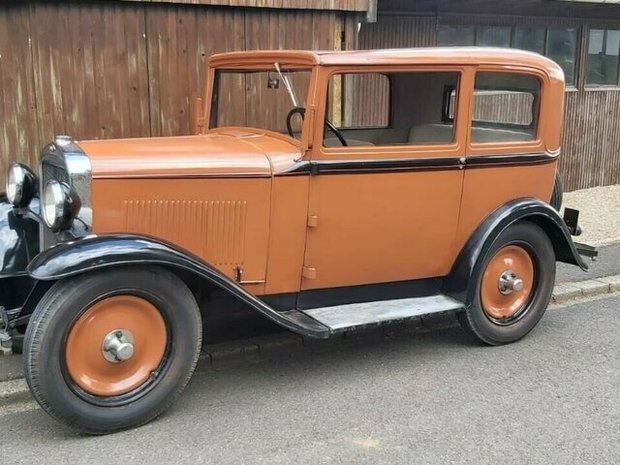 Opel is a German automobile manufacturer founded on 21 January 1862 by Adam Opel. The company started with production of sewing machines, and in 1886 moved on to producing high-wheel bicycles  known as penny-farthings. The production of high-wheel bicycles soon exceeded the production of sewing machines. At the time of Opel's death in 1895, he was the leader in both markets. In 1899 Opel produced its first automobile after Opel’s sons entered the deal with Friedrich Lutzmann, a locksmith at the court in Dessauin Saxony-Anhalt, who had been working on automobile designs. Unfortunately the cars were not successful and collaboration was discontinued. Opel then went into partnership with French Automobiles Darracq France to manufacture vehicles under the brand name Opel Darracq. In 1906 Opel started production of it’s own cars and discontinued production of Opel Darracq in 1907. First best seller from Opel was produced in 1909 Opel 4/8 PS called Doktorwagen ( Doctor's car). It was popular among doctors that had to travel many miles to their patients in times where surface roads where still rare. From there popularity of Opel cars began and it last to this day. In 1931 General Motors assumed full control over the company after taking majority stake in Opel in 1929. Nowadays company sells their cars in more than 50 markets worldwide and employs about 35,000 people in Europe. Opel established the Opel Performance Center in 1997, which is responsible for the development of high-performance cars such as the Astra OPC, Corsa OPC, and Insignia OPC. Since 1 August 2017 Opel became subsidiary of the French automobile manufacturer Groupe PSA.

Who drives Opel cars:
Among the fans of Opel we can find many distinguished figures that became advocates of the brand. Among them is Jurgen Klopp -  Liverpool FC coach. He is loyal insignia and it lead to creation of  slogan “Jurgen Klopp may have changed clubs, but not his car” after the famous coach changed club from Dortmund to Liverpool.
JAMESEDITION
CATEGORIES
CATALOG
FOR BUSINESS
SETTINGS
Copyright © 2023 JamesEdition B.V.