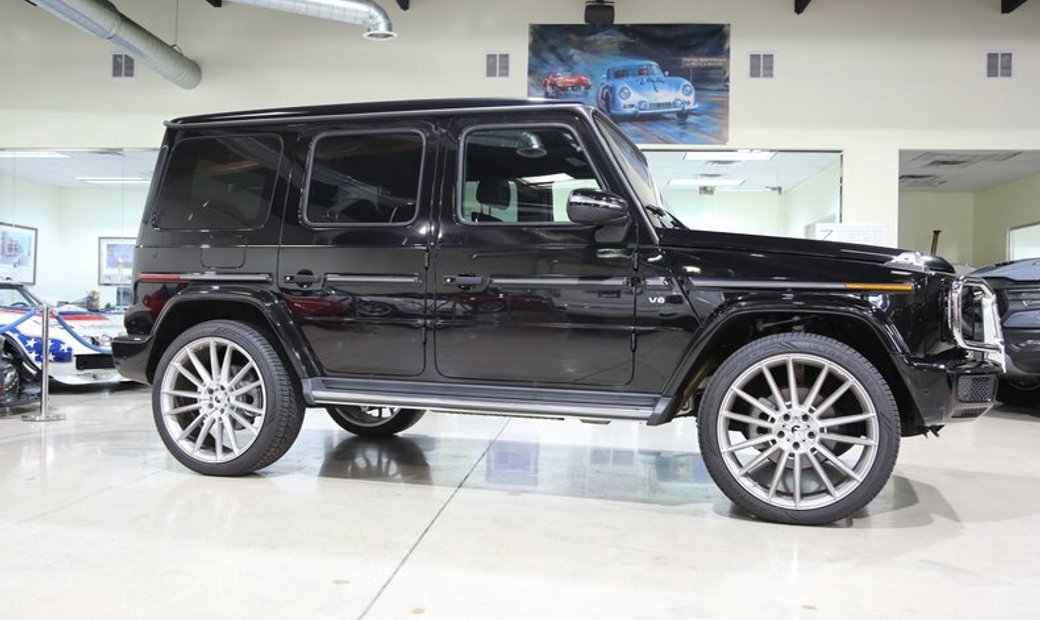 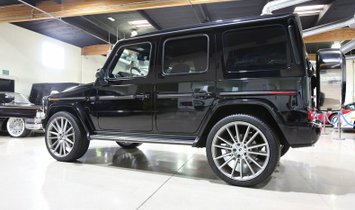 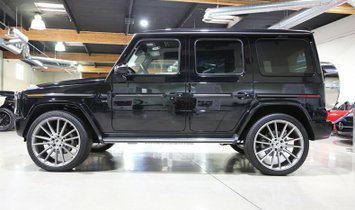 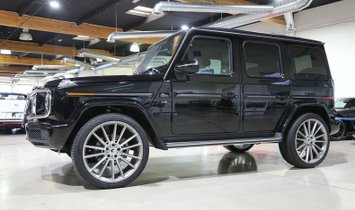 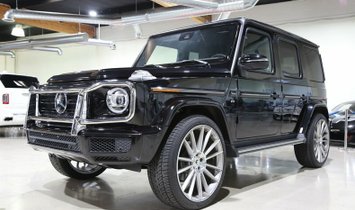 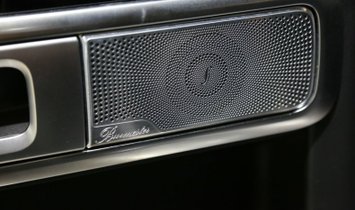 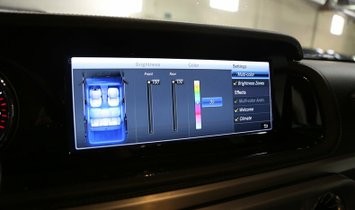 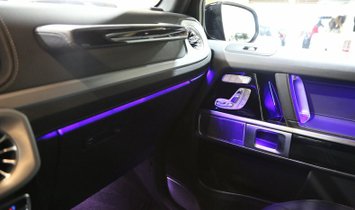 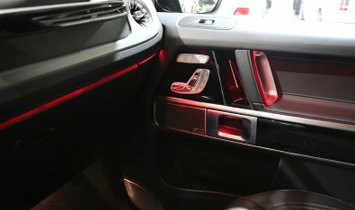 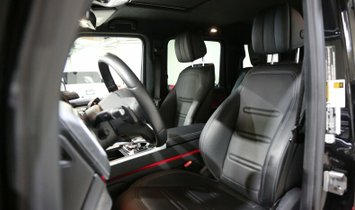 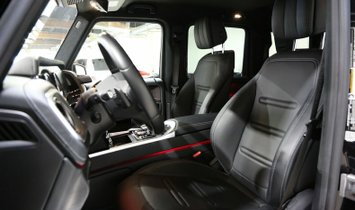 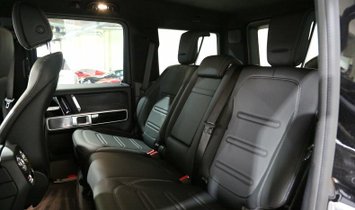 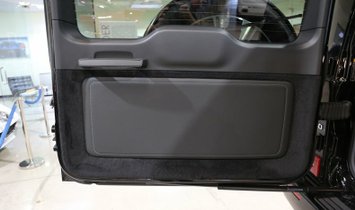 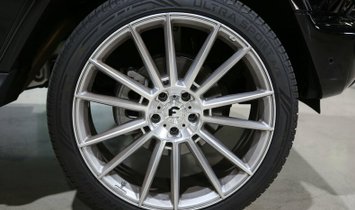 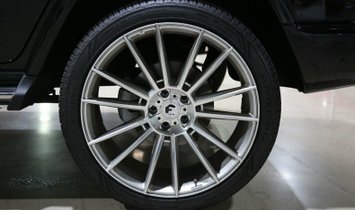 Presented is a gorgeous G Wagon with stunning 24" Forgiato Wheels and just 7,500 miles.

Finished in classic Black on Black, this G Wagon drives great and retains the balance of it's factory warranty.

Boasting a Clean Carfax, this is an excellent Value!!!!

Great lease rates and Financing also available on any of our inventory!

About the G Wagon:

The G-wagon is characterized by its boxy styling and body-on-frame construction. It uses three fully locking differentials, one of the few vehicles to have such a feature. The G-Class is one of the longest produced Mercedes-Benz in Daimler's history, with a span of 35 years.

Development started in 1972, focusing on off-road abilities and maximum safety and comfort; with a cooperative agreement between Daimler-Benz and Steyr-Daimler-Puch in Graz, Austria. Mercedes-Benz engineers in Stuttgart were in charge of design and testing, while the team in Graz developed the production plans. The first wooden model was presented to Daimler-Benz management in 1973, with the first drivable prototype beginning various testing including German coalfields, the Sahara Desert, and the Arctic Circle in 1974. Construction commenced on a new production facility in Graz, where the new cross-country vehicle would be assembled nearly entirely by hand in 1975, with production of the "G Model" beginning in Graz in 1979. In 1980, the Vatican took delivery of a specially made G-Wagon outfitted with a clear thermoplastic top which served as the Popemobile. The "Papa G" later took up permanent residence at the Mercedes-Benz Museum in Stuttgart, Germany.

The G-class was developed as a military vehicle from a suggestion by the Shah of Iran to Mercedes and offered as a civilian version in 1979. In this role it is sometimes referred to as the "Wolf". The Peugeot P4 was a variant made under license in France with a Peugeot engine. The first military in the world to use it was the Argentine Army beginning in 1981 with the military model 461.

It was not available from Mercedes-Benz in the United States until 2002, although this was preceded by a grey-market where even basic models commanded six-figure prices in the 1990s. It was launched in 2002 as the Mercedes-Benz G500 with a V-8 petrol engine and achieved 3,114 sales that year. This eventually tapered down to less than 1,000 models sold in some years. However, in the 2010s, sales began to increase again surpassing the 3,000 mark in 2014 and in 2015, it sold more than during its launch year; with 3,616 sold that year. In 2016 this increased to 3950 in the United States.

Many iterations of the G-Wagon have been produced with the second generation G-Class (W463) launched on January 14, 2018 at the North American International Auto Show in Detroit.

In contrast to its predecessor, the new G-Class has grown in width by 4 inches 2 inches, and now has about a quarter of an inch more ground clearance. Compared to its predecessor with the same engine, the weight savings are 374 pounds. Despite all this, the vehicle visually differs from the W463 very little and the previous model code (W463) was retained.

Due to the age of the basic concept of the previous model, the technical changes are significant. Among other things, the front axle now has independent suspension instead of a rigid axle; the rear axle remains solid. The low range gear ratio was shortened from 2.1: 1 to 2.9: 1. The new model now has the familiar digital cockpit from the S-class.

The New G-Class features a updated interior with dual 12 inch LCD display for the instrument cluster and infotainment system. Mercedes also added Apple Carplay and Android Auto as an option for the second generation G-Class as well. The G-class also received updated seats and upholstery with ambient lightning with up to 64 colors to choose from the infotainment system. The G-Class was also updated with a suite of safety features such as PRE-SAFE, ATTENTION ASSIST, Active Lane Keeping Assist, Active Brake Assist, and more of Mercedes line of safety system pioneered from the W222 S-Class that has never been featured in a G-class before. Other Options includes 360 degree surround sound, Frameless auto dimming rear view mirror and a upgraded Burmester surround sound system from the Harman Kardon sound system found in the previous G-Class W463.