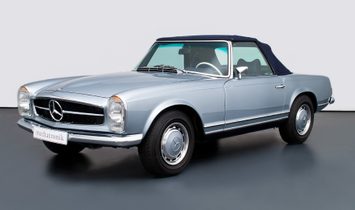 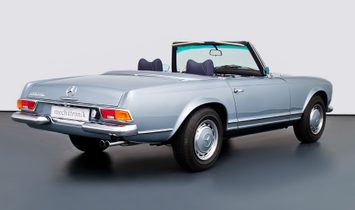 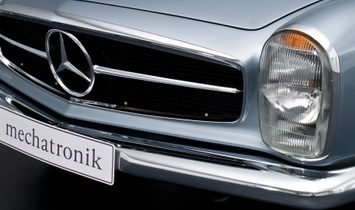 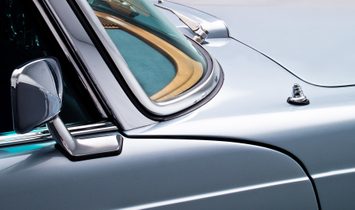 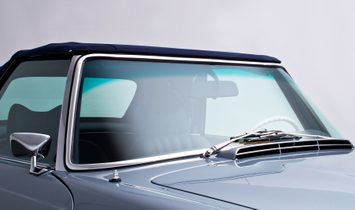 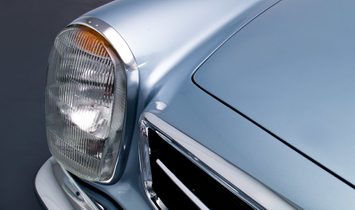 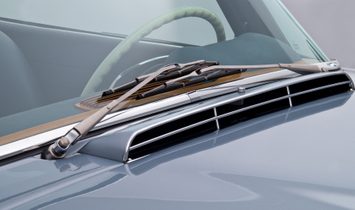 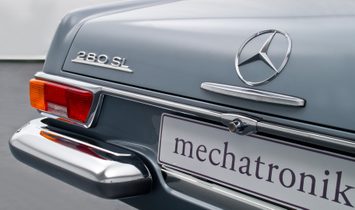 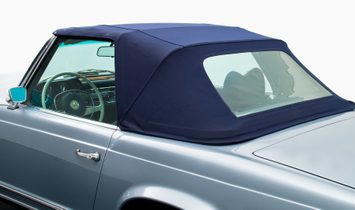 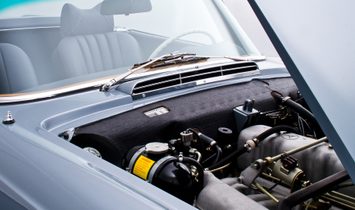 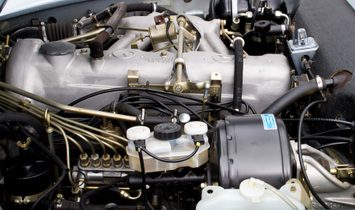 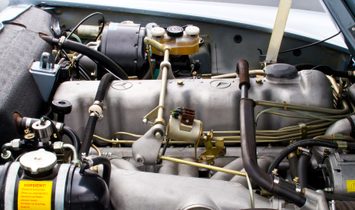 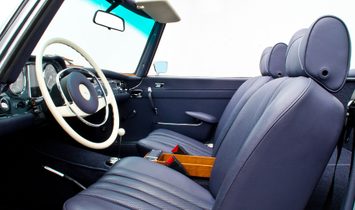 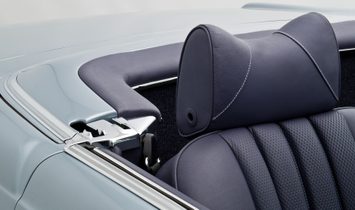 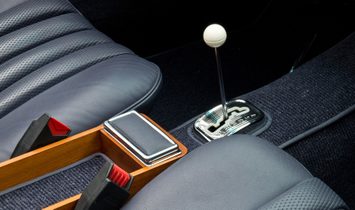 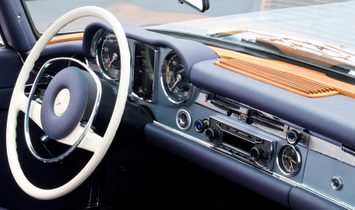 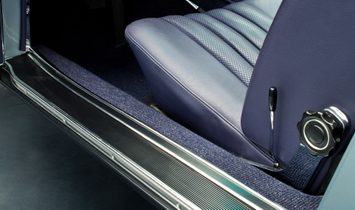 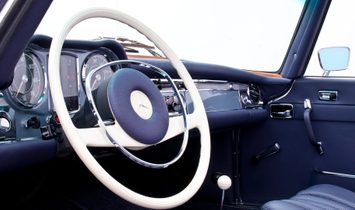 The Geneva Motor Show in March 1963 was the scene of a remarkable and universally acclaimed premiere: With the 230 SL, Daimler-Benz presented a new sports car that was to replace two models of the previous sales program. The newcomer had a difficult legacy to compete - and not only because his two predecessors, the 190 SL and the 300 SL, had been extremely popular and successful right from the start, and the 300 SL had become legendary during his lifetime. Much more serious was the fact that both types, despite all the family resemblance, represented fundamentally different vehicle concepts that were difficult to reconcile.

With the new model a middle course was taken: The 230 SL, internally called W 113, was neither an uncompromisingly tough roadster nor a meek boulevard sports car, but rather a comfortable, two-seat touring car with high performance and optimum driving safety. Apart from the wheelbase - the magic value of 2400 mm had been taken over unchanged - the new SL had virtually no similarities with its two predecessors. Nevertheless, the W 113 was not a complete redesign, but its technical concept largely corresponded to the 220 SE; For example, the shortened and reinforced frame floor system of the tail fin limousines including front and rear suspension has been used. The engine had also been developed from the 2.2 ltr. Unit of the 220 SE; by drilling to 2.3 ltr., increasing the compression and using a six-stamp injection pump, the power could be increased to 150 hp. In addition to the standard 4-speed manual transmission was, for the first time in a SL model, available on request, a 4-speed automatic transmission. The third variant was added in May 1966 by the Zahnradfabrik Friedrichshafen (ZF) related 5-speed manual transmission.

Less than a year after its presentation, the 250 SL has already been replaced by a new model of the 280 SL. In the course of the market introduction of the new middle-class types not only the saloons, coupes and convertibles of the upper class, but also the SL received a 2.8 ltr. Engine. The engine variant used in the 280 SL mobilized 10 hp more than the basic version of the 280 SE thanks to a camshaft with changed timing. Compared to the 250 SL had the performance increased by 20 hp and torque by 10%. Externally, the 280 SL was apart from the nameplate, only to distinguish the modified wheel covers of its two predecessor models.

The vehicle offered here was discovered by Mechatronik in October 2010 in the USA and imported back to Germany. The state at that time allowed only a full restoration, which began in the spring of 2011. In over 2,500 working hours, this pagoda was restored to the highest quality standards and completed in June 2012. Of course, a comprehensive documentation of this is available. Over the next two years, the 280 SL was presented as a reference vehicle in our showroom, as well as at various trade fairs, before finally selling to a Mercedes-Benz enthusiast in the Stuttgart region in the spring of 2014. He moved his pagoda only on special occasions and entrusted his vehicle for all service work throughout our company. So it is not surprising that even after more than 7 years since the completion of this 280 SL Roadster is still to be described as absolutely new and is now visually and technically in absolutely immaculate condition now for sale. For detailed questions, please feel free to contact our sales staff at any time.