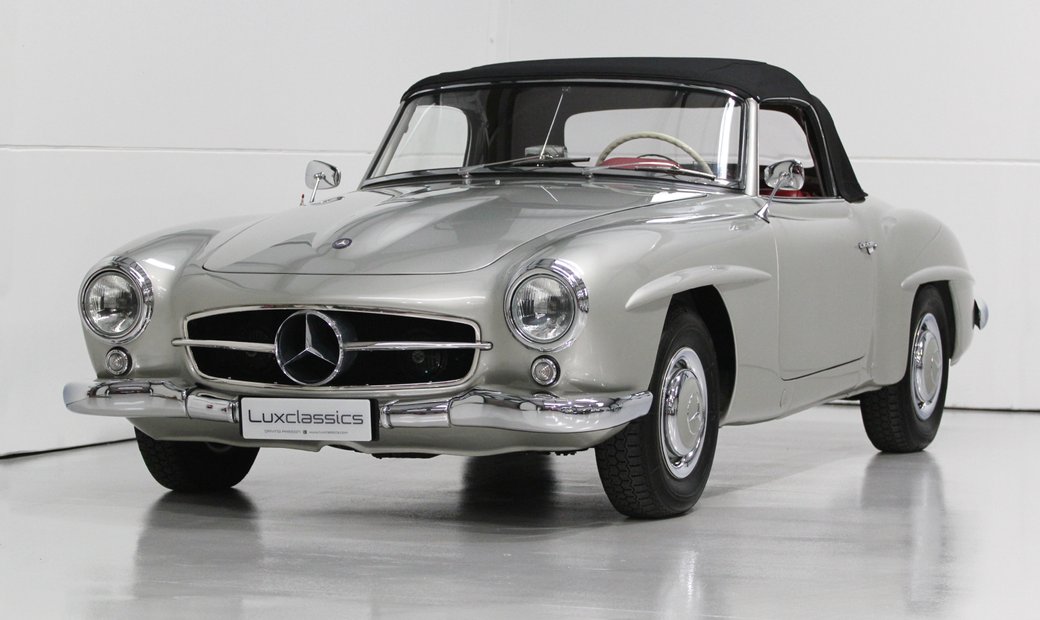 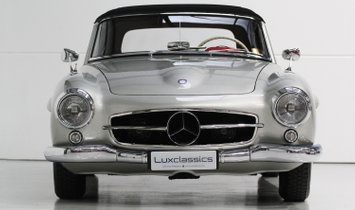 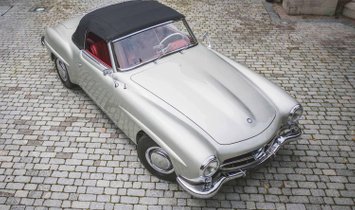 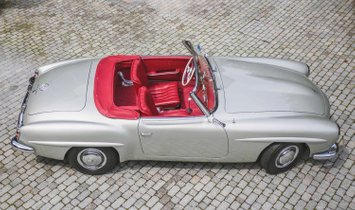 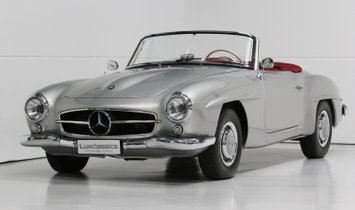 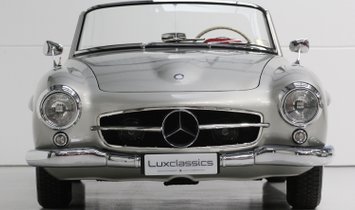 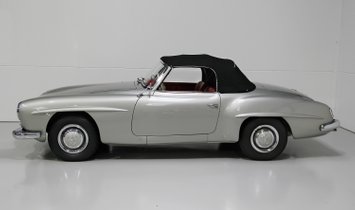 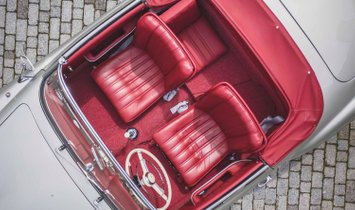 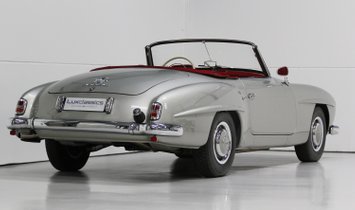 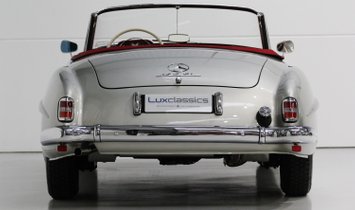 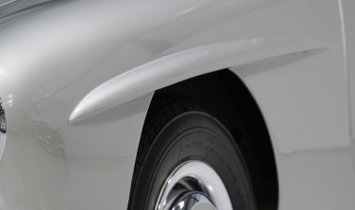 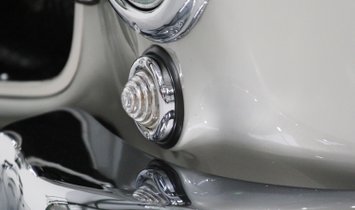 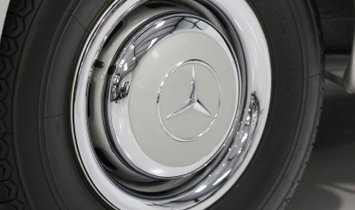 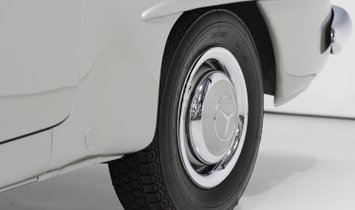 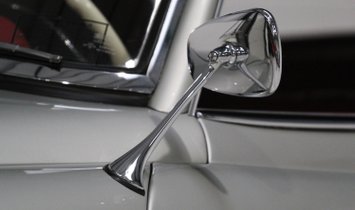 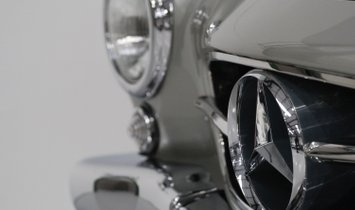 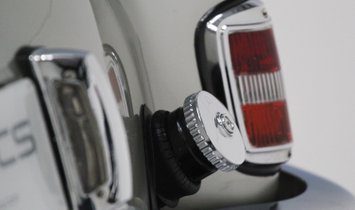 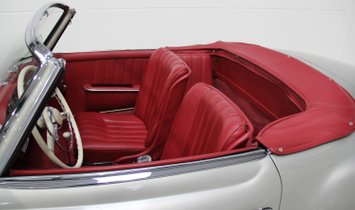 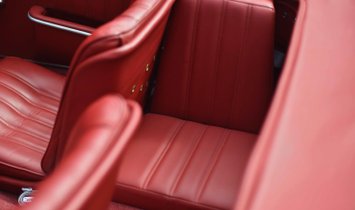 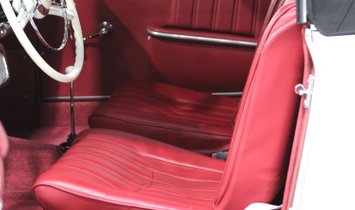 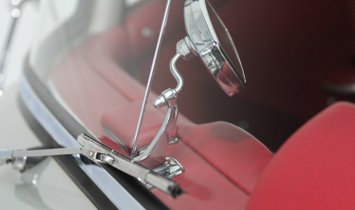 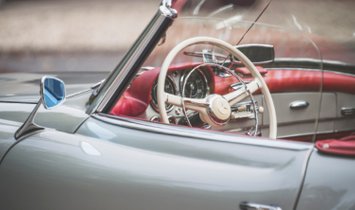 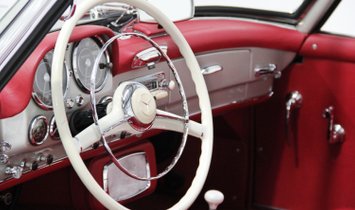 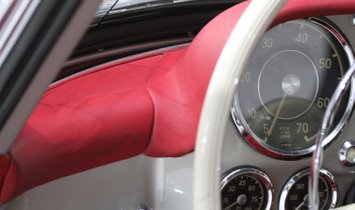 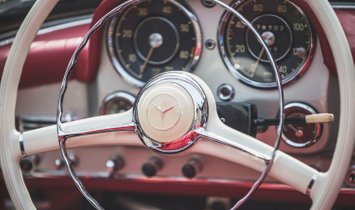 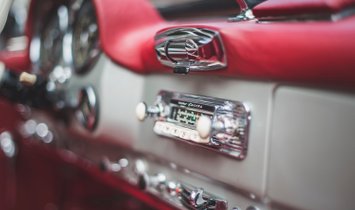 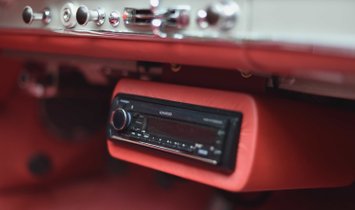 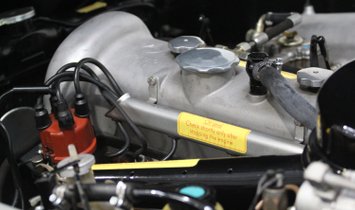 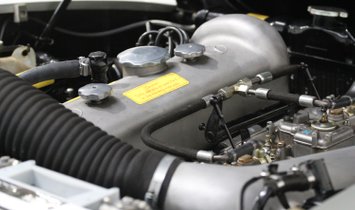 MODEL HISTORY & PRODUCTION
In 1954, Mercedes displayed a concept version of the 190SL at the New York Auto show alongside the 300SL ‘Gullwing’. This concept came to market in 1955 as the 190SL.

A more approachable, less intense sports car compared to the record-breaking 300SL ‘Gullwing’. Nevertheless the factory offered an option for the causal weekend racer: a 190SLR Rennsport package. This included options of an aero screen, cut down doors which one could convert and removal of bumpers to reduce weight. While the 190SL features a carburetted 1.9 litre in-line four cylinder engine compared to the 300SL’s direct-injected 3 litre slant six, they share basic engine design, suspension system, and level of detail and craftsmanship which defines Mercedes-Benz. A Rennsport derived 190SL participated in the Mille Miglia, hence its eligibility today. Other notable achievements include a 1956 Macao Grand Prix victory for Doug Steane, and Mr W. Sulke’s example won the 1958 Rally of Hong Kong.

The new engine, which shared the same bore and stroke of the 300SL, was paired with dual Solex carburettors and produced 120 horsepower. This powerplant was mated with a fully synchronized 4-speed transmission that sent power to the rear swing axle. The 190SL implemented the same suspension systems as the 300SL, albeit with a more stable low pivot point assembly, affording it confident handling and drivability without the tail happy nature of the 300SL ‘Gullwing’.

The 190SL is immediately recognisable as a Mercedes-Benz, featuring dramatic curves and restrained use of brightwork that defined this era. Many styling cues are borrowed from the 300SL, notably the massive three-pointed star in the grille, head lamps, bumpers, dash, early 1955 190SL bucket seats and ‘eyebrows’ over the wheels.

While the 190SL did not quite offer the performance of other sports cars of the era, the impeccable quality and attractive styling made the 190SL a massive success – selling 25,881 units before production ceased in 1963. Many of these models were delivered to the United States, where its driving demeanour and elegant styling were highly valued. The 190SL is an important part of the culture of small roadsters in the 1950s, as it demonstrated how luxurious the platform could be. Now much sort after and highly collectable due to its ‘Style and Beauty’.

THIS ACTUAL CAR
This Mercedes-Benz 190SL comes out of an enviable and diverse collection, where each vehicle is passionately and carefully chosen and driven by it’s long term classic car collector and enthusiast.

Presented in concours condition to an exacting specification, as delivered new by the Los Angeles Mercedes-Benz Distributor in 1955. A very early production 729th of 1,727 190SL’s produced in 1955. It retains many of the desirable and historically important features shared with the 300SL Coupe ‘Gullwing’. For example, smaller front indicators and bucket seats, the later providing more support compared with later cars, and much needed for events like the Mille Miglia. Other such features of early cars are two-piece dash coverings, unique interior door handles and non-lockable glove box without clock to name a few.

A marque specialist body-off full component restoration was commissioned by the previous owner, who achieved in our opinion one of the best examples available on the market today. Every component, seen or unseen was stripped and rebuilt. Finished in period DB180 Silver Grey Metallic complimented by a mid-red leather interior, with the added bonus of a bespoke hidden sound system.

This 190SL is now in the hands of marque specialist Parry Chana at Lux Classics. It will come with further run down miles with any final adjustments completed as part of the sale. Additionally, we’re able to prepare the vehicle and support prospective buyers for casual rallies or the Mille Miglia itself.

This vehicle will represent a good acquisition opportunity for a collector, investor or first time classic car buyer, as being a most desirable model, reminiscent of the much valued 300SL Roadster and Gullwing coupe. It’s available for viewing in the UK near Stansted Airport on an appointment basis.

WARRANTY & FINANCE AVAILABLE
For Sale by