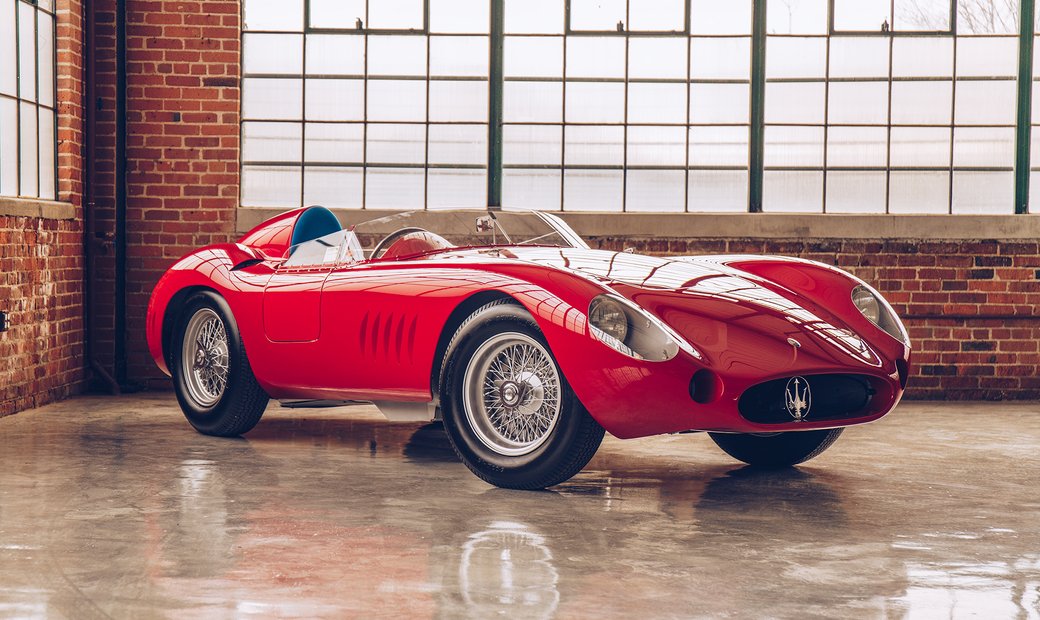 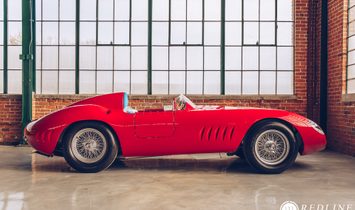 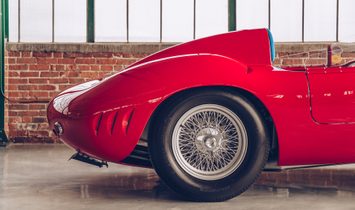 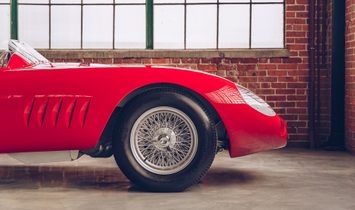 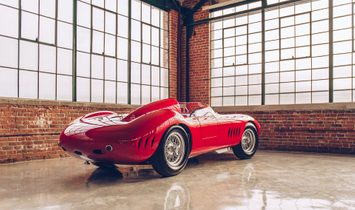 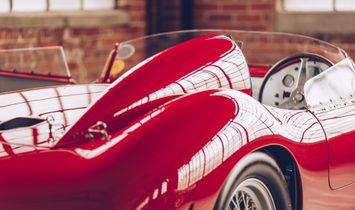 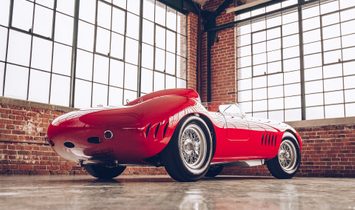 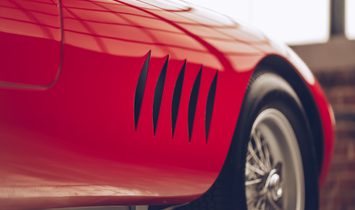 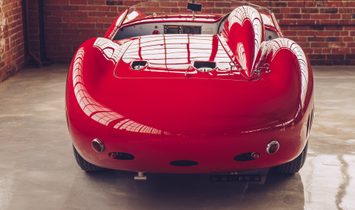 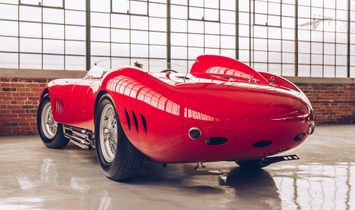 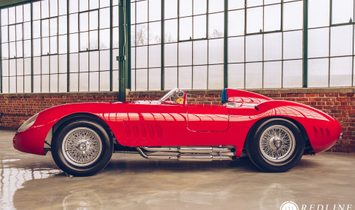 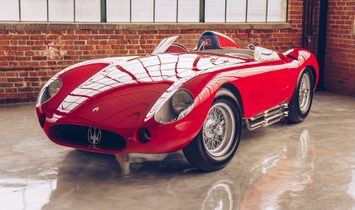 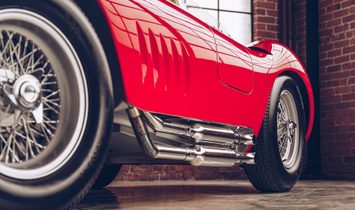 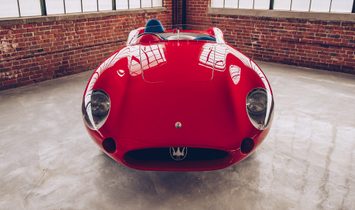 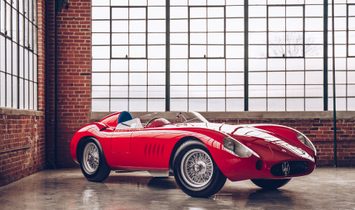 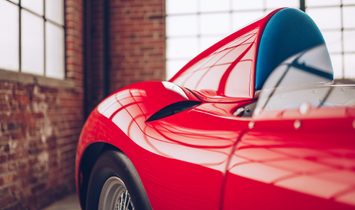 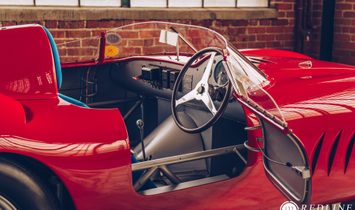 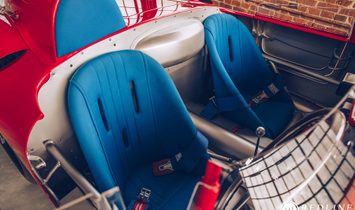 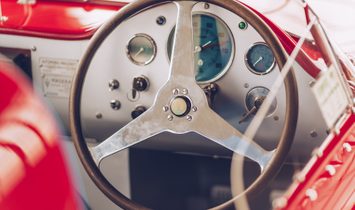 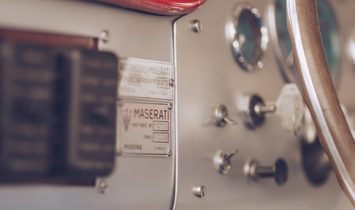 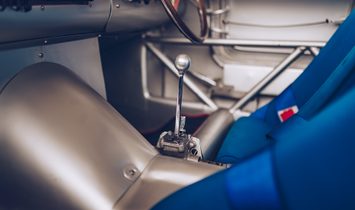 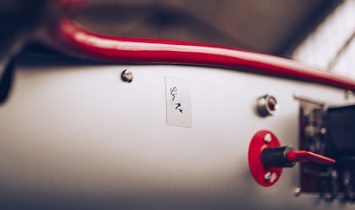 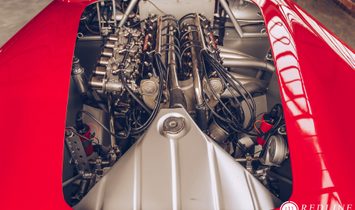 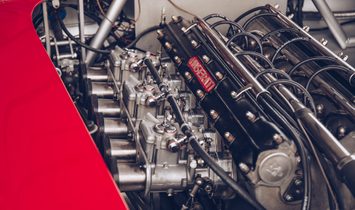 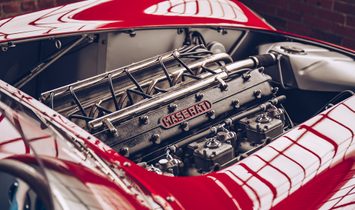 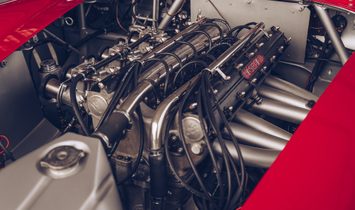 Some say it's the most beautiful car ever built, others know it as Ferrari's main competition in the World Sportscar Championship stage during the mid-50s. It is the insatiable Maserati 300S. The 300S was a racing car produced by the Italian auto manufacturer from the year 1955 to 1958. During its production run, only twenty-six examples were produced. Driven by famous racecar drivers like Sir Stirling Moss and Carol Shelby the Maserati 300S was one of the most successful race cars from that era.  This particular 1957 Maserati 300S bearing chassis #3070 was thought to have been built as a factory team race car and is one of only two Maserati 300S models to receive the 450S brake conversion upgrade directly from the manufacturer. Chassis #3070 is also the second car after chassis #3068 to be given the "long nose" body style new from the factory.

The Maserati 300S was created as the direct successor of the Maserati 250S, which was directly based on the World Championship winning 250F Grand Prix racecar driven by Juan Manuel Fangio. The 300S shared the straight six-cylinder, double overhead camshaft, dual plug per cylinder engine with the Grand Prix car, but the displacement was increased to 3 liters for the 300S. Claimed power output was said to be around 250 horsepower. Upfront you'll find Coil springs and a wishbone suspension along with a very sophisticated for its time - De Dion tube and transverse leaf spring setup in the rear.

The finished factory build of Maserati 300S, chassis serial # 3070 is recorded as being completed in Modena, Italy on February 23, 1957. The exterior color is listed as finished in Maserati Corsa red. Factory records from the manufacturer list Italian Primo Pezzoli of Scuderia Guastalla as the original ordering customer for chassis #3070 in 1957.  Scuderia Guastalla was a highly successful and very competitive Formula One World Championship race team in Europe and South America. Maserati factory records indicate that Scuderia Guastalla requested the brakes on chassis #3070 to be updated with the new brakes from the Maserati 450S in May of 1958. It is believed that Maserati made this upgrade along with the increased engine displacement with the idea of competing in long endurance races such as the 24 hours of Le Mans in mind. ​

In 1997, chassis #3070 was purchased by D. Wolf Zweifler from the Estate of Conte Zanon in Italy. Sadly according to Dr. Wolf, the Count passed away before the Maserati's restoration was completed. Subsequently, Dr. Wolf took possession and sent the car to England to be restored. Finished in 2001, Maserati 300S Chassis #3070 competed in the following events.


Sometime in 2005, the car was involved in an accident and came into our possession. While at Redline Maserati 300S Chassis #3070 received a complete frame off period-correct restoration and is currently available for purchase.
For Sale by