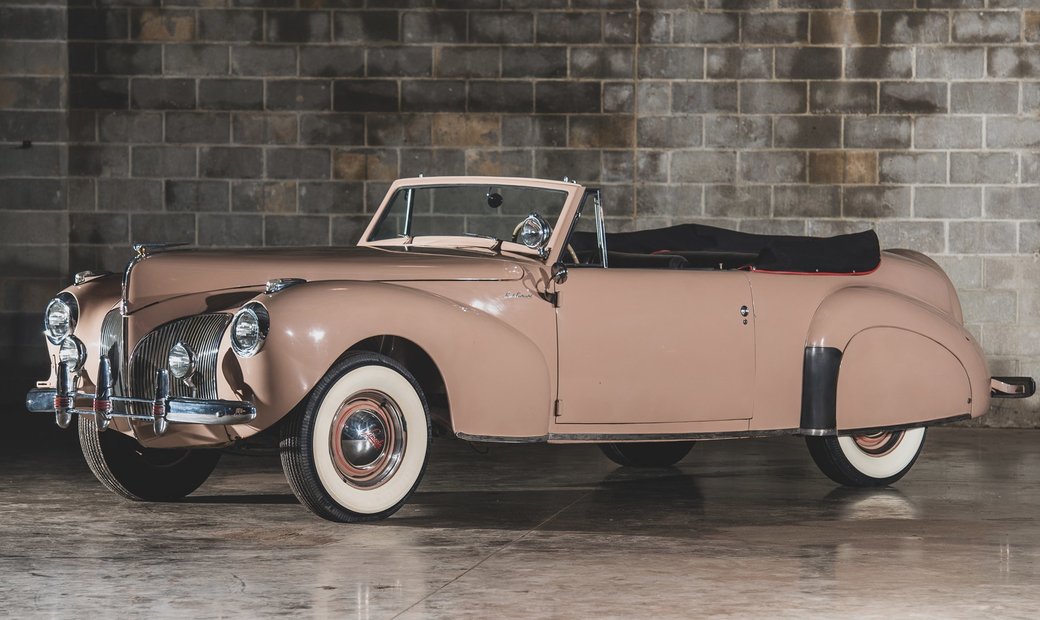 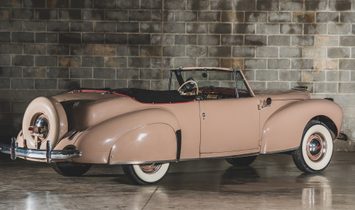 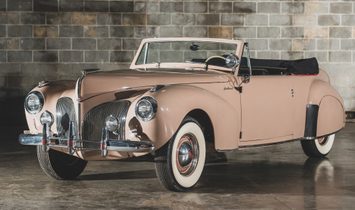 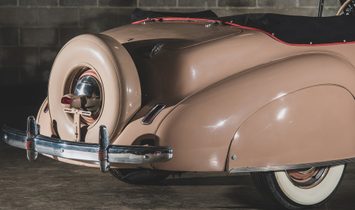 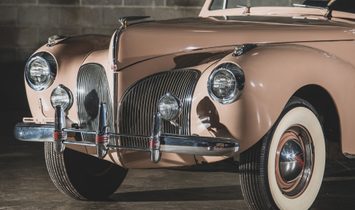 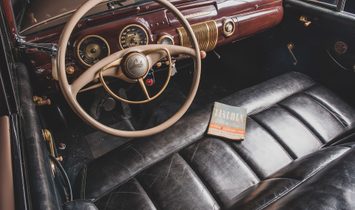 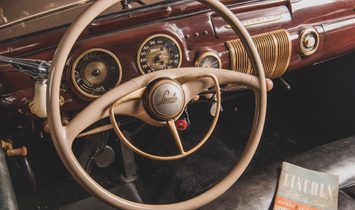 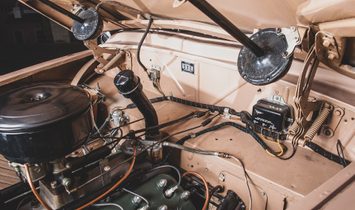 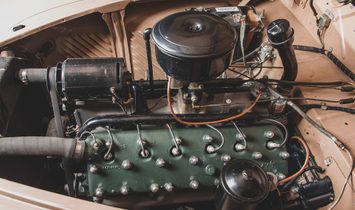 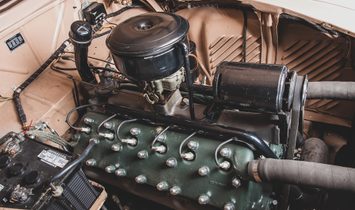 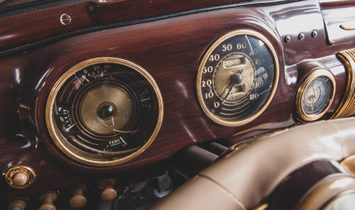 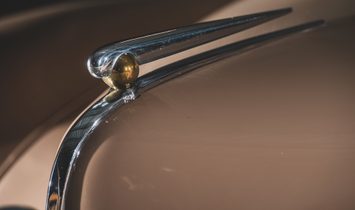 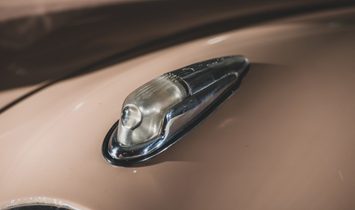 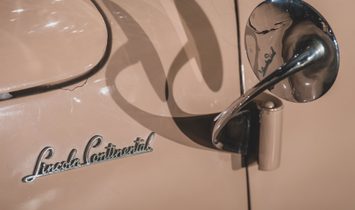 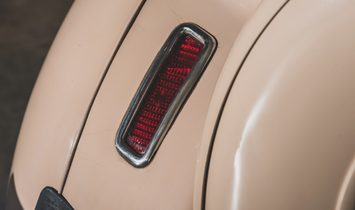 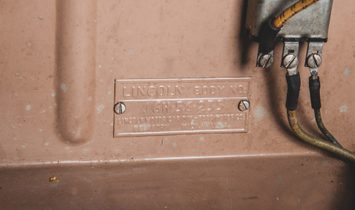 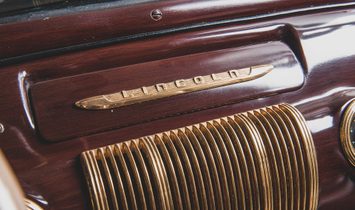 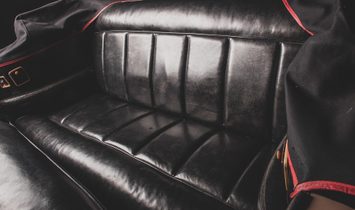 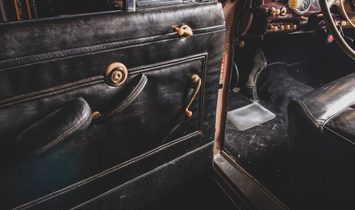 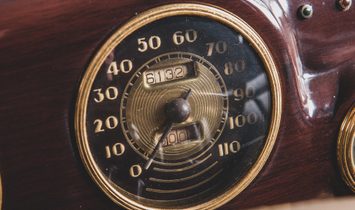 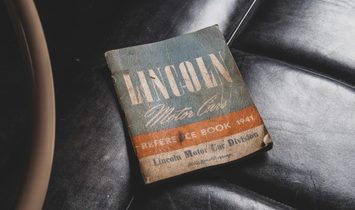 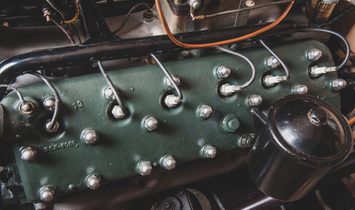 Chassis No. H119672. An American automotive design legend. One of just 400 cabriolets produced in 1941. Attractive restoration in charming colors. Documented with its factory build information. Classic Car Club of America (CCCA) Full Classic.Returning from Europe in 1938, Edsel Ford sketched a concept for designer E.T. Gregorie that he wished to build on a Ford chassis. Gregorie did detailed drawings based on a Zephyr convertible instead, and the result was the Continental. The hood and fenders were extended, and the car sectioned horizontally by four inches. The bustle back with outside “Continental” tire was the finishing touch. The car was built, and Edsel took it to Florida that winter. Legend says that his friends were so taken with the car that many of them placed orders. Thus, the Continental went into production in December 1939, and a coupe version soon followed.One of just 400 cabriolets produced in the Continental’s second year, this example was originally sold by the well-known Van Etta Motors, a longtime Ford-Lincoln-Mercury dealer in Northern California. In 1959, it was acquired in Florida by John Fisher of Newark, Ohio, who drove it home to the Midwest, then sold it in November 1968 to Edwin Benland, also of Newark. Mr. Benland oversaw the car’s restoration in 1973, with the installation of a correct V-12 engine, and exhibited it at several shows.Clifford Schmid of Sappington, Missouri, acquired the Continental in 1981, and sold it five years later to Earl Rosen Jr., of St. Louis, who in 1987 received 97.5 points with the car in CCCA judging. Mr. Rosen then sold the car to his good friend and fellow CCCA Spirit of St. Louis Region stalwart, Fred Guyton, and it has remained in the Guyton Collection since.A largely attractive but older presentation, the car is finished in Rockingham Tan with a red leather interior and black canvas top, it is equipped with a spotlight, dual mirrors, dual fog lights, and a dashboard clock, and recorded 61,321 miles at the time of cataloguing. Offered with the car is an original Reference Book for the model, as well as a file of correspondence and receipts from the last five decades.With some mechanical freshening this would be an ideal and comfortable “modern” automobile for CCCA CARavans, in which it would undoubtedly be reunited with many longtime friends of its two most recent owners. It is truly a cherished example of one of the most famous American automotive designs of the Classic Era.

This vehicle will be available for purchase during the Lucky Collector Car Auction August 31st and September 1st, 2019 at the illustrious LeMay Marymount Event Center for your chance to "Get Lucky".  Gates open at 9:00am, Auction starts at 10:30 am. 325 152nd St. East Tacoma WA 98445  ABSENTEE BIDDING AND LIVE PHONE BIDDING WILL BE AVAILABLE FOR ALL OUT-OF-STATE OR INTERNATIONAL BIDDERS WHO ARE UNABLE TO ATTEND IN PERSON
For Sale by