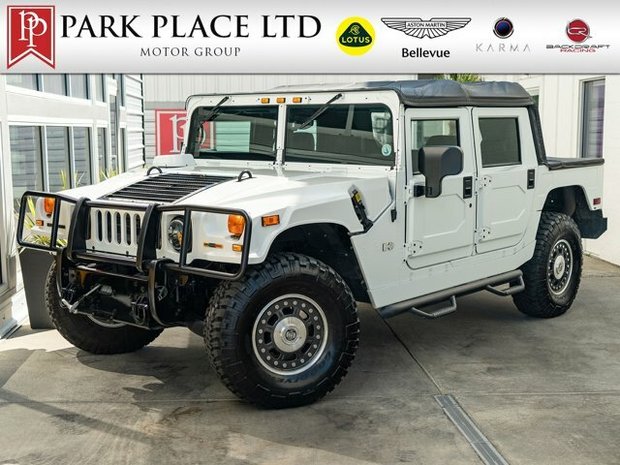 All the Hummer cars originate from a military vehicle – the M998 High Mobility Multipurpose Wheeled Vehicle (HMMWV). Since HMMWV is quite of a hassle to pronounce, the soldiers began to call their vehicles Humvee's. When AM General began to produce similar cars for the civilian market, they used the name Hummer. Today, Hummer is a protected name owned by General Motors. AM General sold the name to General Motors in 1999, but continued to manufacture the Hummer, while General Motors became responsible for selling the vehicles on the market.

The first civilian High Mobility Multipurpose Wheeled Vehicle, the Hummer, entered the market in 1991 and soon grew immensely popular. It was initially promoted by a race in 1990 where two Hummers traversed the rough terrain between London, UK and Beijing, China. A majority of the trip took place on the coarse roads of central Soviet Union. The drive was broadcasted in the United States, and the Hummer received a lot of publicity before even being launched. One of the first civilian owners of a Hummer was Arnold Schwarzenegger, which naturally also gave the vehicle additional publicity. What made the Humvee’s really famous was however the 1991 Operation: Desert Storm in the Middle East. During this war, soldiers driving the various Humvee’s were frequently seen on the news in America.

Hummers were originally built by AM General Coproration, in the Mishawaka, Indiana assembly plant. As of 2006 when Hummer had entered the international market GM started producing Hummer H# at is Port Elizabeth plant in South Africa for the international market. The H2 is also assmbled in Kaliningrad, Russia, since 2004, yet these production is limited to Russia's local consumption.