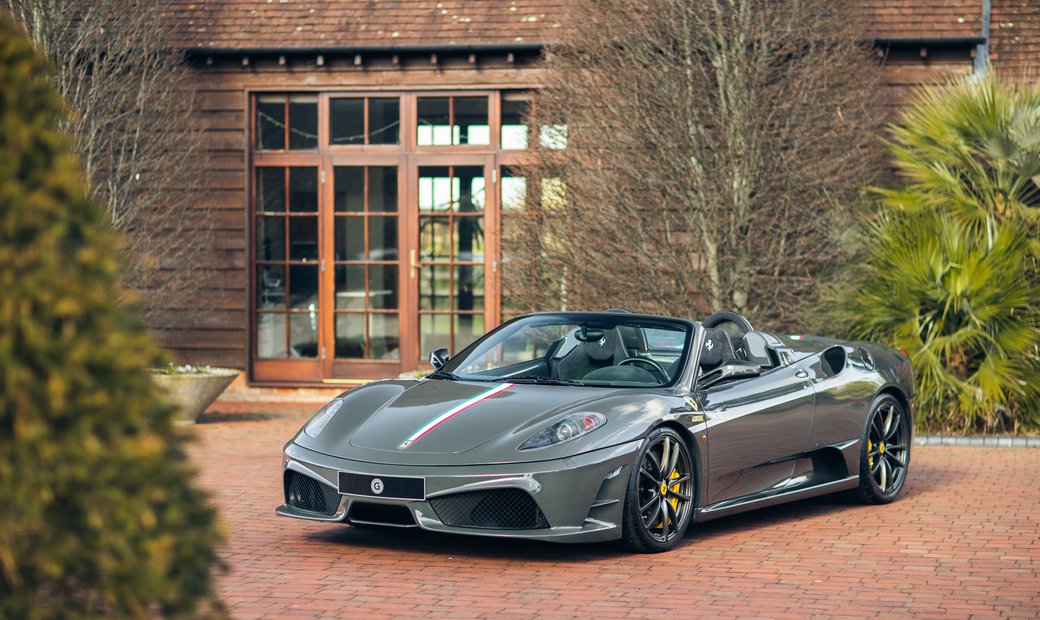 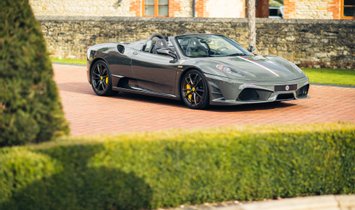 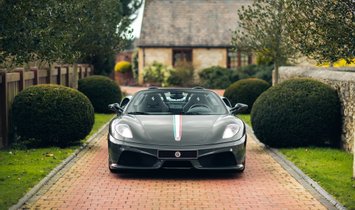 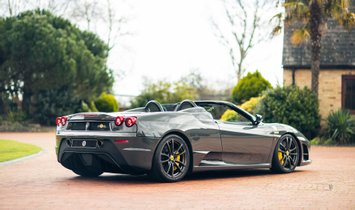 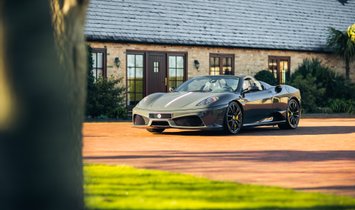 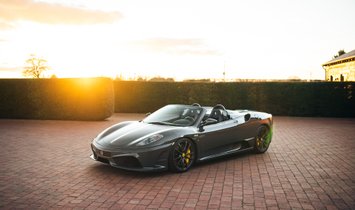 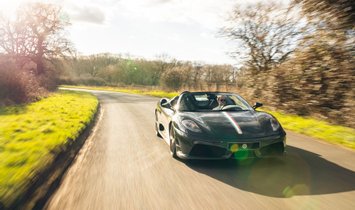 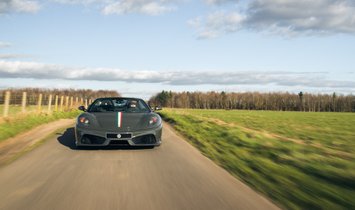 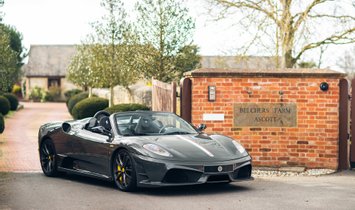 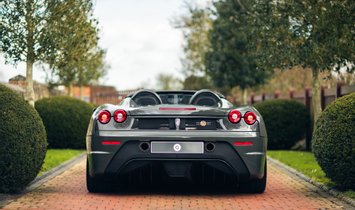 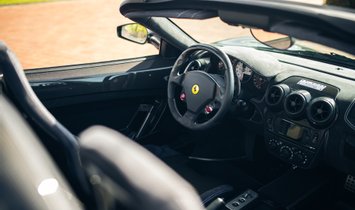 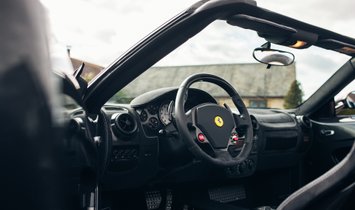 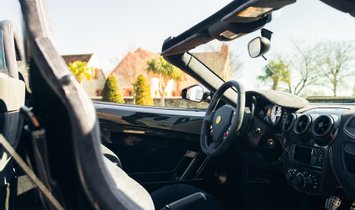 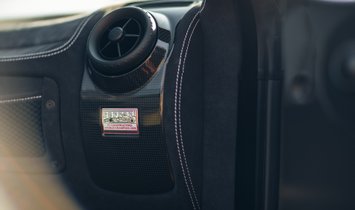 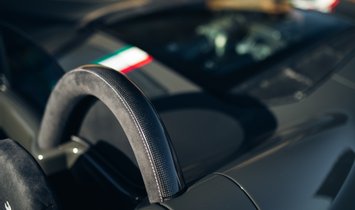 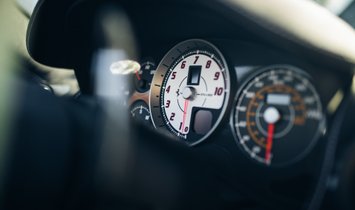 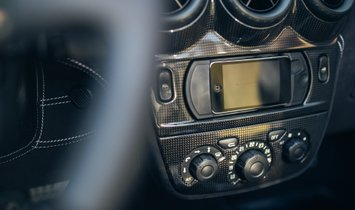 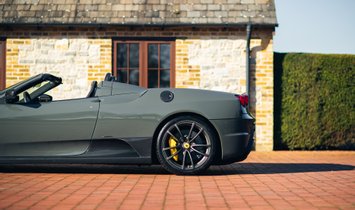 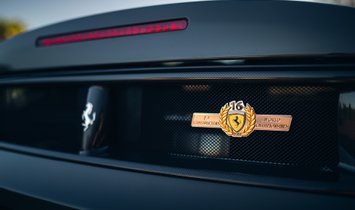 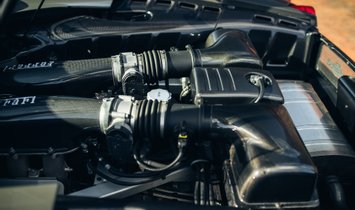 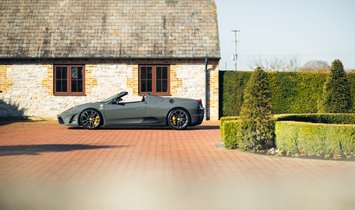 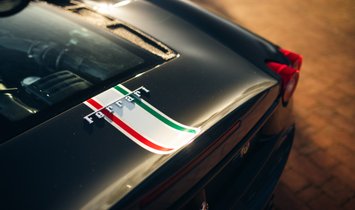 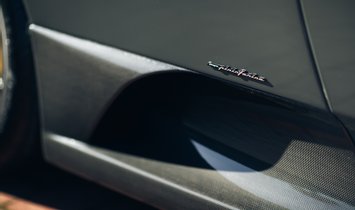 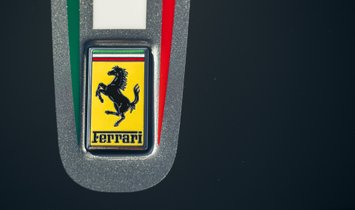 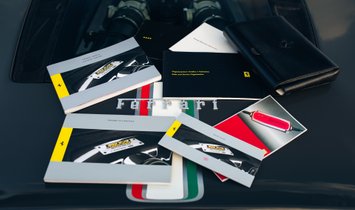 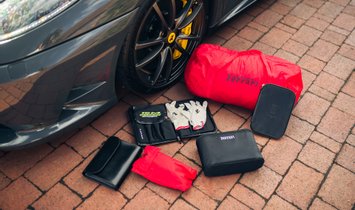 Showing just 11,000 kilometres on the odometer

Equipped with a plethora optional extras, including bare carbon-fibre side skirts

There are many things we could tell you about the Ferrari 430 Scuderia Spider 16M. How it’s a doddle to drive at low speeds, for example, and how it’s crammed full of F1-derived technology that equips the car with a freakish breadth of ability – it’s as surprisingly comfortable as it is surprisingly aggressive.

But at the end of the day, the appeal of this car can be reduced to a single scenario – when the sun’s shining, the roof’s dropped, the road unravels ahead and you pin the throttle to its stop. You’re instantly engulfed in an uncontained, unstoppable explosion of soul-stirring noise and breathtaking speed, which is sustained for as long as you dare keep your foot in.

It’s a glorious, all-out assault on your viscera, and one of the most adrenaline-inducing modern automotive experiences. Addictive isn’t the word! The drama is only heighted when you reach a corner – the turn-in of the short nose is razor sharp and the grip with the electronic systems switched on is nothing short of extroardinary extraordinary.

The F430’s spectacular swansong, the Scuderia Spider 16M was Ferrari’s way of celebrating its Formula 1 constructors’ title victory in 2008, its 16th in total – a record that remains unbroken.

A drop-top version of the hardcore Scuderia it may be, but there are several crucial differences that secure its rung far higher on the desirability ladder for collectors. Perhaps most importantly, Ferrari built just 499 16Ms, making it as rare as the LaFerrari.

The suspension and carbon-ceramic braking systems were improved, the latter of which is especially important given how shockingly quickly the 503bhp V8 propels the 16M down the road.

Let’s talk about that engine. Power is the same as the tin-topped Scud, but the pistons at the heart of that glorious flat-plane V8 were redesigned, allowing for a greater compression ratio. That means almost all the engine’s torque (473 lbs-ft) is chilled and on tap from 3,000rpm. It also means that, coupled with the resonators in the intake manifold, the bellow from the exhaust is even more guttural. And loud.

Oh, did we mention the stereo head unit was an iPhone Touch? Because millennial.

Tactility is one of the 16M’s real strong suits. Contact points are so important in such cars, and the open cabin of this Ferrari is an incredibly special place to sit. The carbon-backed, Alcantara-trimmed bucket seats pinch you in all the right places.

And the view ahead of the thick steering wheel, strewn with switches and blinking rev lights, and the dash festooned with glossy carbon-fibre and commemorative 16M plaques indicates the car’s performance credentials.

Despite its spartan, no nonsense nature, you’re never left wanting for more comfort. It’s pure theatre, and that’s before you’ve even thumbed the red starter button and woken that glorious engine from its slumber with a bass-laden boom.

Such was the exclusivity of the 430 Scuderia Spider 16M that customers inevitably went to town with their specifications, making the most of the generous options list offered by Ferrari. This stunning left-hand-drive example we’re delighted to be offering for sale is a great case in point.

Delivered to its original owner in August of 2009, this 16M is finished in the retro shade of Grigio Scuro and complemented by the racing stripe hand-painted in the colours of the Italian flag. Beneath the stealthy gunmetal-grey wheels are yellow brake calipers, and the body is equipped with the optional carbon-fibre exterior pack, which includes most prominently the side skirts and fuel filler cap.

The interior is equally enticing, blending tasteful Blu Scuro Alcantara upholstery with glossy carbon-fibre and Ferrari’s ‘3D’ woven fabric in Giallo. The eye-catching white rev counter ahead of the driver matches the white stitching throughout the open cabin, and in the middle of the centre console resides the original iPod Touch with which the car was delivered.

This Scuderia Spider 16M was delivered new to Japan, where it remained until November of 2015, when it was imported to the United Kingdom. During its time in Japan, the car only covered 10,312 kilometres and was serviced every year by Ferrari Japan.

On 5 February 2016, this Ferrari was issued with the UK registration ‘LF09 UBP’, and since then, the current owner has covered fewer than 1,000 kilometres with the car – the mileage today reads just under 11,000 kilometres. As such, it presents beautifully – the paintwork is bright and glossy and the interior is immaculate.

When the Scuderia Spider 16M was introduced, it was the fastest and most extreme convertible Ferrari ever built. This mantle combined with its rarity – music to today’s collectors’ ears – cemented the model’s ress release had dried. Of equal importance is the driving experiencfuture classic status from the moment the ink on the pe, which is truly unforgettable. For its next custodian, summer Sunday mornings will never be the same again!