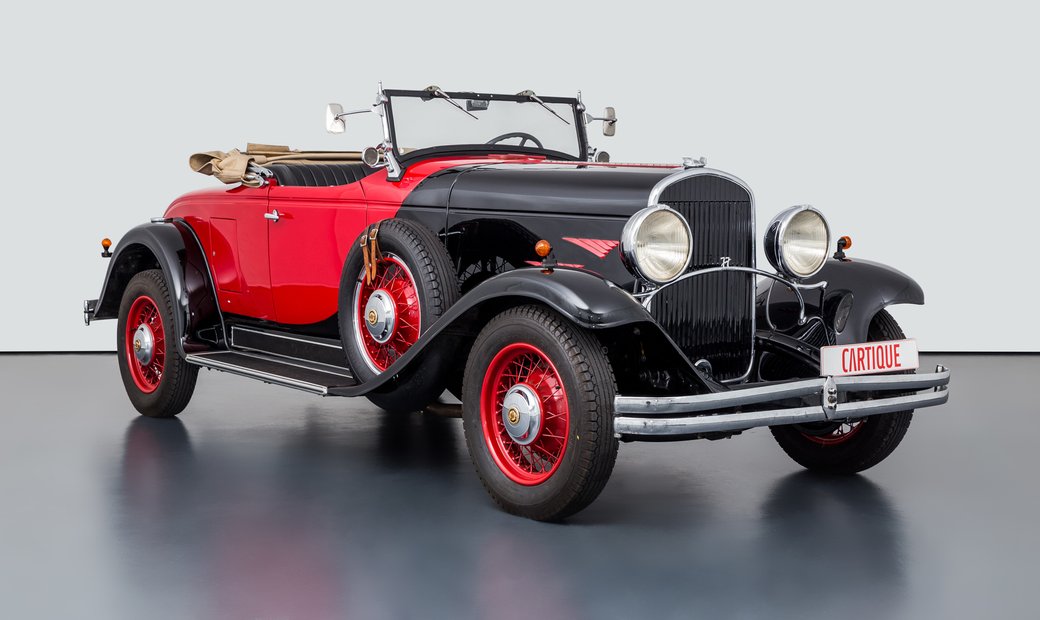 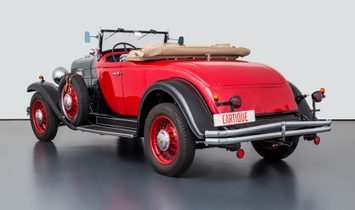 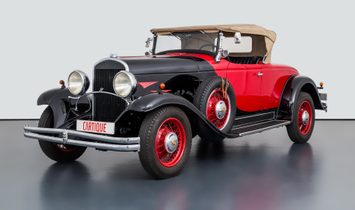 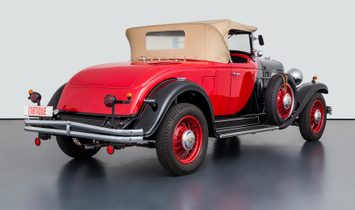 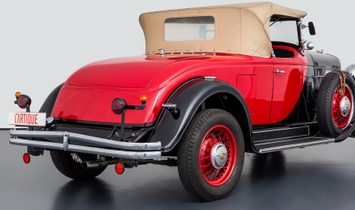 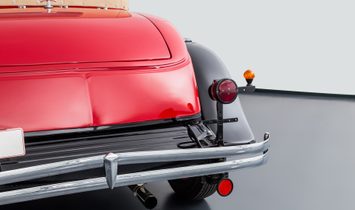 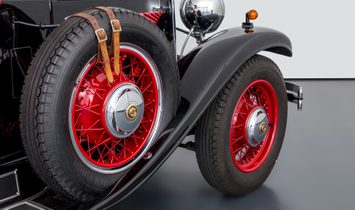 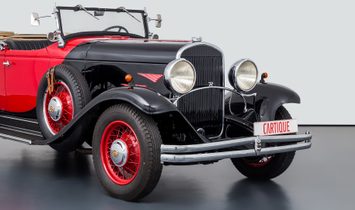 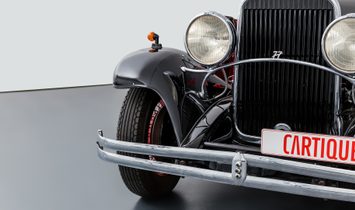 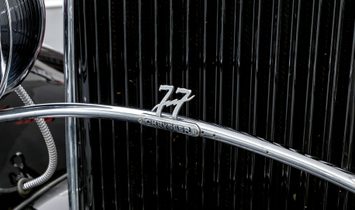 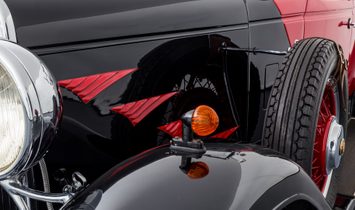 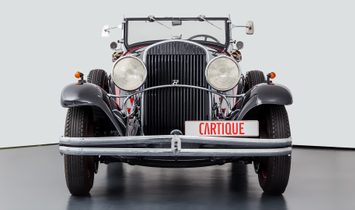 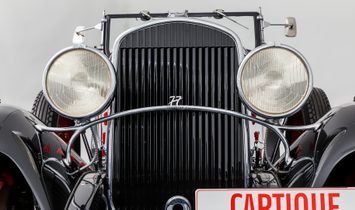 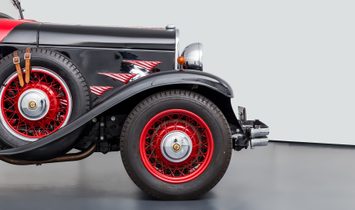 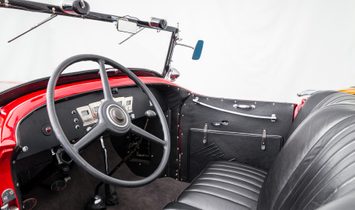 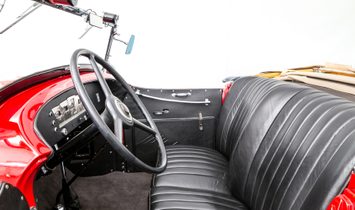 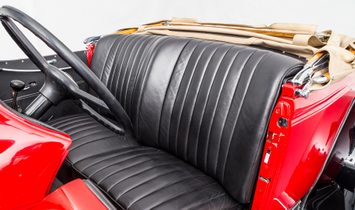 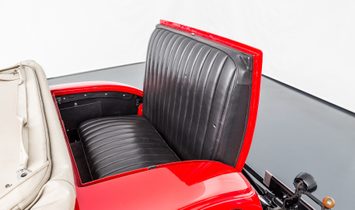 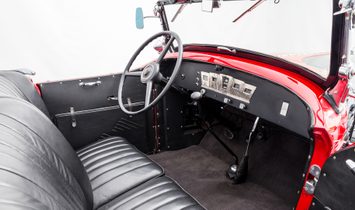 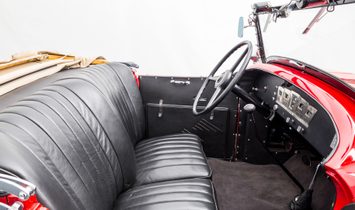 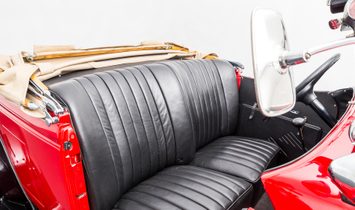 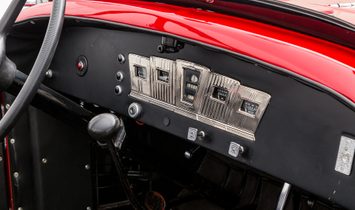 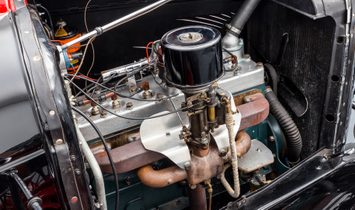 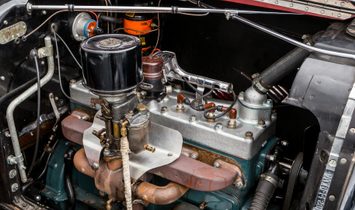 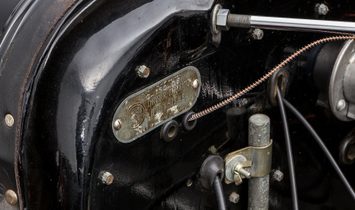 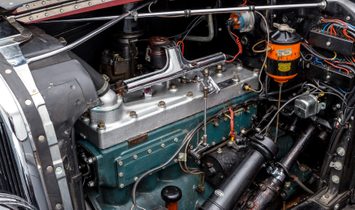 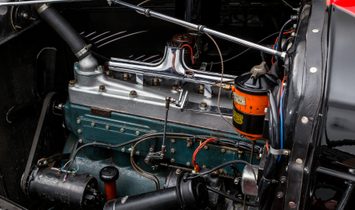 The Series 77, launched in July 1929, had a low frame, a larger-capacity cast iron engine block, standard 4-speed gearbox, hydraulic brakes, vertical ventilation slots in the bonnet and the Futura design instrument panel and was offered at a price starting at $ 1,665 (Roadster) . A total of 9,913 Series 77 vehicles were built from 1929 to the end of production, of which 1,729 were Roadster models. The rest are spread over a further eight construction variants. Also available as optional extras for the 77 series: front bumper, rear bumper, side-mounted spare wheels, rims with wire spoke, exterior rear-view mirror and a 2-tone special paint for Roadster and Phaeton.

The vehicle offered here can look back on an eventful history. After the fusion of Daimler-Benz and Chrysler to form Daimler-Chrysler, it was considered to purchase a historic Chrysler model, which could be used together with the factory Mercedes vehicles for general marketing purposes, but could also participate in the famous Mille Miglia in Italy. In 2000, therefore, an employee of the museum workshop in Fellbach was sent to Switzerland, where a "Chrysler 77" pre-war model offered there could be considered for the idea outlined above. After a positive evaluation of the vehicle, the vehicle dealership of the Classic Center received the order to buy the vehicle. The location of the car was in Switzerland near Interlaken, where it was taken over directly by the freight forwarder and transported to Fellbach. The owner provided the following information about the vehicle at the time. He bought the car in Switzerland in the 1950s and used it regularly on special occasions in the following decades, and the car has always served him reliably. In the mid-1990s, the owner decided to carry out a moderate restoration, in which the car also received a new paint job according to the original specifications. After the inspection in Fellbach, the car came to the headquarters in Berlin, which used it for some time before the car went back to Fellbach, where it was to be prepared for participation in the historic Mille Miglia 2004. In 2004 and again in 2005 this Chryler 77 successfully participated in the Mille Miglia. he was convincing on both occasions due to his steadfastness and arrived at the finish line undamaged. In 2004 Joe Eberhardt, Executive Vice President of Global Sales, Marketing and Service started with the Chrysler 77 and reached the finish in Brescia after 1000 miles without incident. In 2005, Thomas Hausch, export manager of the Chrysler Group, successfully drove the Chrysler 77 to the finish. Again, the now 75-year-old car mastered the route without any problems. In the following years, the vehicle remained in the Daimler Chrysler AG collection before it was finally bought by the Mechatronics collection management. This keeps the car ready for use at all times and so this Chrysler 77 is still in perfect condition today and will be handed over to its new owner, including a fresh service and TÜV. Our sales staff will be happy to answer any questions you may have.
For Sale by