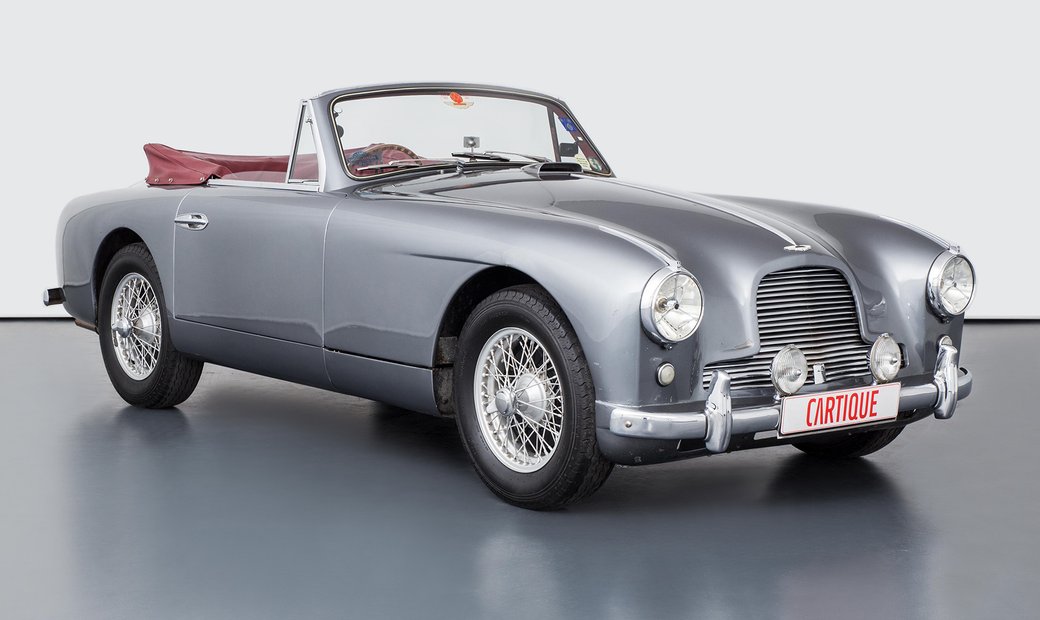 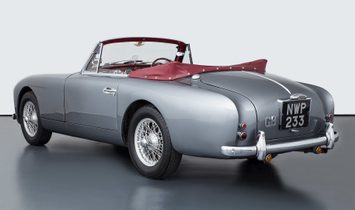 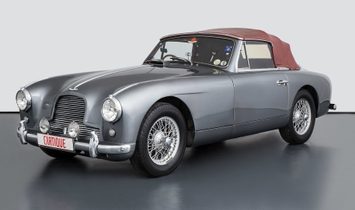 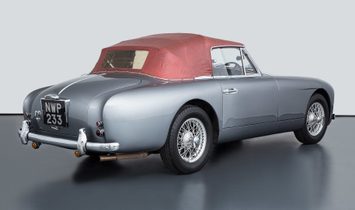 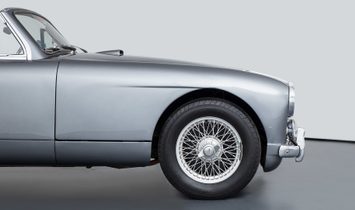 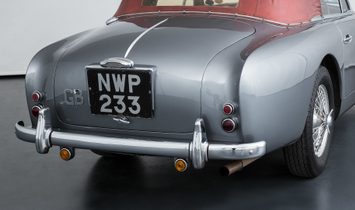 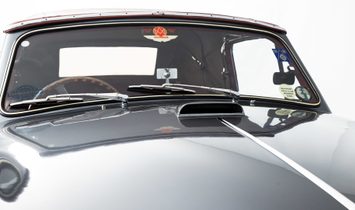 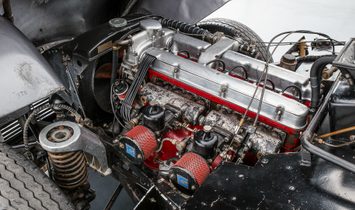 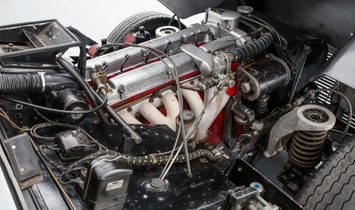 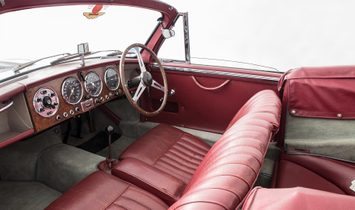 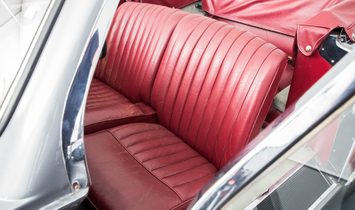 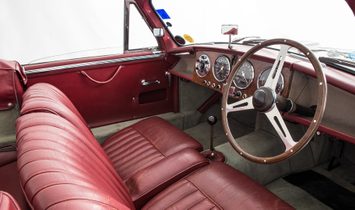 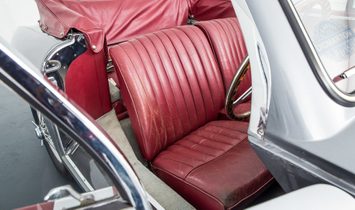 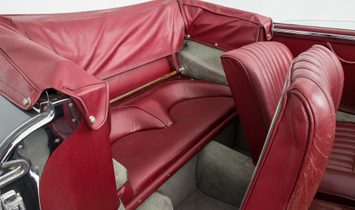 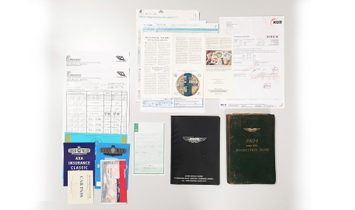 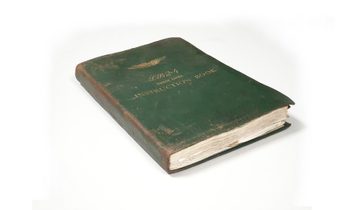 The Aston Martin DB2/4 was a grand tourer produced between 1953 to 1957. It was one of a long line of luxury cars and the first sports car to feature a top-hinge hatchback. Later models of the Aston Martin DB range included the DB5, the iconic car driven by James Bond in Goldfinger. Formed in 1913, Aston Martin became renowned for quality sports cars from the 1950's onwards. In 1947, the company was bought by Sir David Brown, heralding the start of a golden age for Aston Martin. Brown initiated the production of the DB series and in 1953, the DB2/4 made its public debut at the London Motor Show. The Mark I was available as a saloon and a drophead coupé, with a 2.6 litre engine and 125 bhp. This was upgraded to a 2.9 litre engine from 1954, with 140 bhp. A fixedhead coupé prototype was built but this version was only manufactured as a Mark II. Debuting in 1955, the Aston Martin DB2/4 Mark II included saloon, drophead coupé and fixedhead coupé models. The car featured some stylistic changes to differentiate it from the Mark I, including the addition of chrome strips across the car's body. Just under two hundred of the saloon model were produced between 1955 and 1957. All Mark II versions could be fitted with an optional VB6J Special Series engine with 165 bhp. The car's successor was initially designated the Aston Martin DB2/4 Mark III, but was renamed the DB Mark III before production started. Only a limited number of variants of the DB2/4 range were produced. Of the Mark I model, just seventy-three were the drophead coupé. In contrast to the DB2/4 saloon, these were two-seater cars and featured a greater boot capacity. Fifteen Aston Martin Mark II drophead coupé were also built between 1955 and 1957. For around the same price as the drophead, buyers also had the choice of a fixedhead model, of which only thirty-four were constructed. A number of people commissioned custom versions of the DB2/4. In 1954, three Aston Martin Mark I Bertone Spiders were built for the American car dealer, S.H Arnolt. Designed by Franco Scaglione, chief designer at Bertone, each of these cars featured unique bodies and 2.9 litre engines. There were also specific commissions for racing. Three Mark I DB2/4 cars were built for the Monte Carlo Rally in 1955. Two more were entered for the Mille Miglia in Italy, but failed to progress beyond the early part of the race due to mechanical difficulties.

The Aston Martin DB2 / 4 MkI Cabrio offered here was delivered on November 24, 1954 in the color combination shown here and was registered in Birmingham on November 26, 1954 by its first owner, and remained in its possession for almost 30 years. After 5 years, on June 15, 1959, the engine was replaced by an Aston Martin replacement unit due to engine failure. After more than 3 decades in first ownership, the new English owner, residing in Rosemount, was admitted on February 1, 1983, who was to give the Aston a home for the next 11 years. On August 29, 1994 the third and so far last registered change of ownership finally takes place and the Aston Martin DB2 / 4 Cabrio finds its way into the garage of a passionate collector living in Düsseldorf. He used the car for special occasions only, but ensured that the Aston was always ready to drive and so the last MOT was carried out on April 29, 2015. The vehicle is in a rarely seen original condition and is supplied by us with a fresh service and passed TÜV to its new owner. For detailed questions, please contact our sales staff at any time.
For Sale by