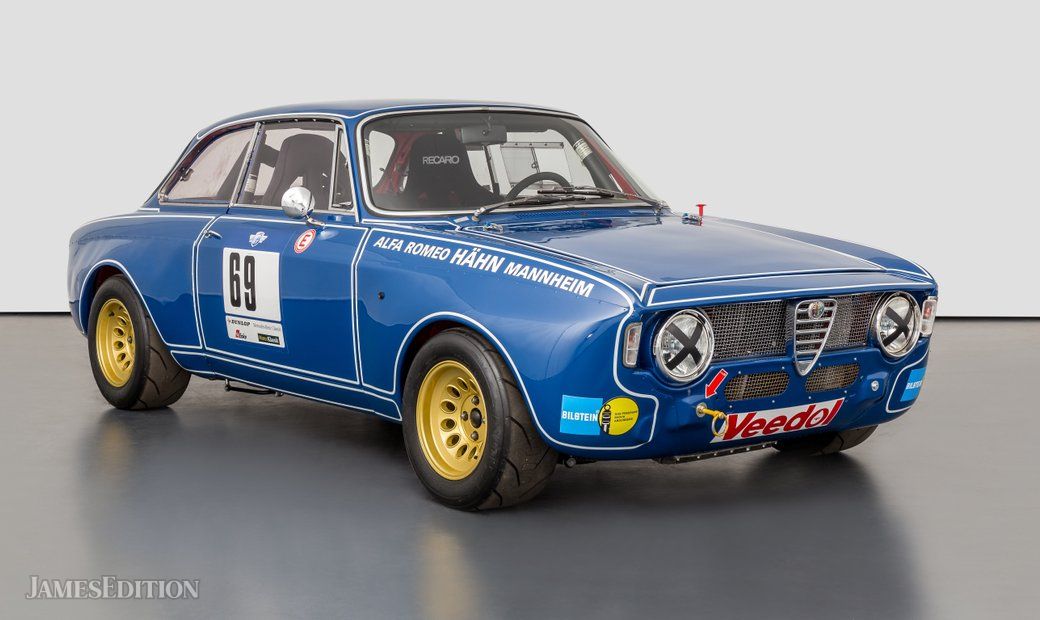 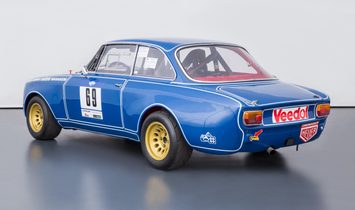 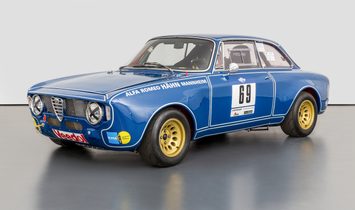 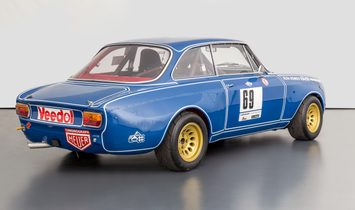 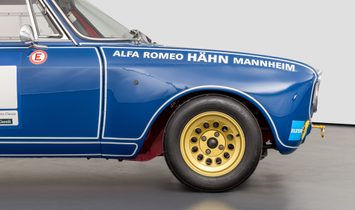 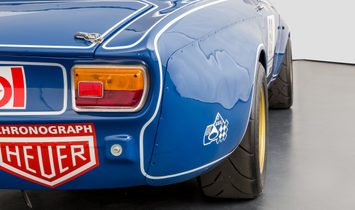 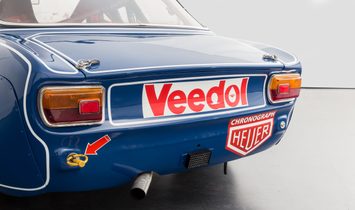 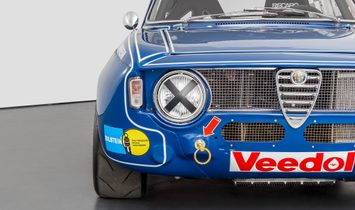 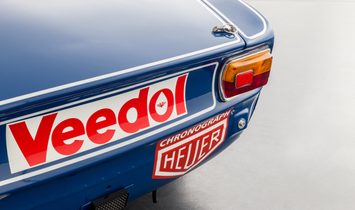 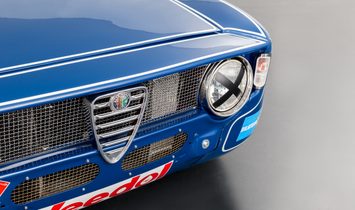 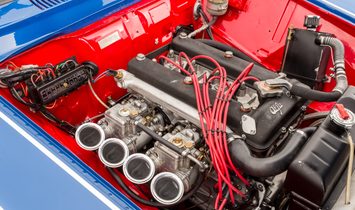 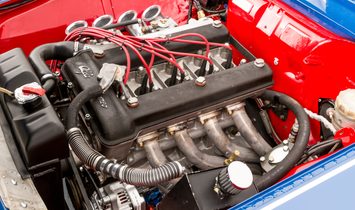 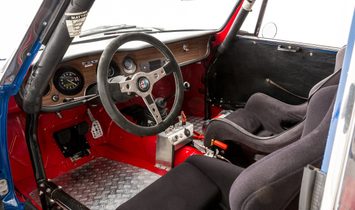 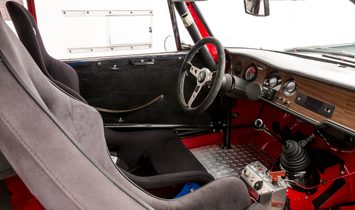 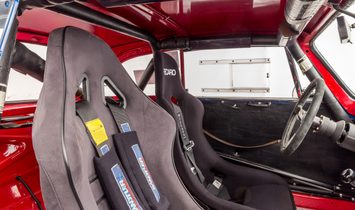 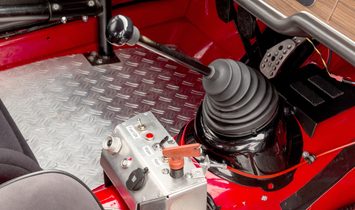 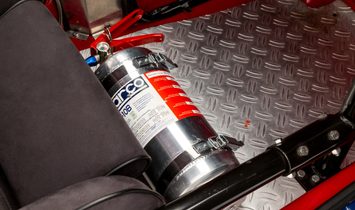 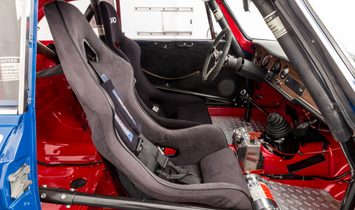 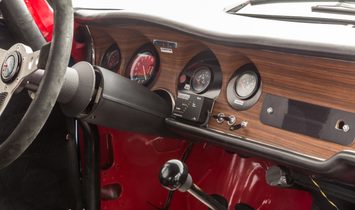 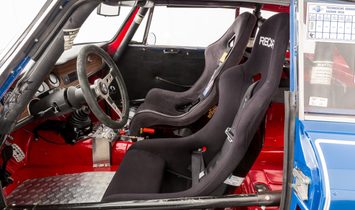 The ‘A’ at the end of the name stands for Alleggerita, Italian for lightweight. The cars were put on a rigorous diet with Alfa Romeo engineers swapping the glass side windows for Perspex, adding various aluminium suspension components, even fitting lightweight door handles! By the end of its weight-saving programme, the GTA weighed in at a spritely 740 kilograms, with its engine producing upwards of 170 BHP in full race specification. Autodelta, the racing department of Alfa Romeo, focussed on the 1600cc engine which was developed with a new high-flow head and twin spark plugs, a larger oil sump, oil cooler, high-compression competition pistons and sportier cam shafts. The drivetrain was also developed, receiving a lighter flywheel, close ratio gears and a limited-slip differential.

Of the 500 examples required to obtain homologation, the majority entered competition, as a result, today these cars are highly eligible and competitive across historic motor racing. On the 1st January 1968, a new chassis number sequence starting with *848001* was homologated, featuring ATE front and rear brakes, a brake servo, 6” X 15” rims, as well as the two new rear axle ratios, 6/41 and 7/43. Furthermore, a new intake port diameter of the cylinder head was homologated. This change permitted a more efficient volumetric filling of the combustion chambers at high rpm, allowing the engine to create more power.

This Sprint GTA completed manufacture on 19th February 1969, and delivered new to the German market on 17th June, before being sold new to Mr Bernd Fischer, an amateur racer who had his competition cars prepared by the Alfa Romeo Dealer from Mannheim, Helmut Hähn. Chassis 848003, offered here, is noted in Tony Adriensens GTA bible, Alleggerita, as participating at the AvD/ACS Hockenheim race on 25th August 1973 where it was driven by Bernd Fischer and entered by Alfa Romeo Hähn, finishing 3rd in class. Also noted in Alleggerita was another competition outing, this time in March 1974 at the Auto-und Motorradsalon Ludwigshafen in Germany where it wore race number 389, again entered by Alfa Romeo Hähn. There are also two images from this event showing 848003 in the paddock at this event in Alleggerita. Sadly, in the race at Auto-und Motorradsalon the car retired with engine issues. Mr Michael Heine, an enthusiastic researcher of Alfa Romeo Giulia Sprint GTA’s, who wrote a book dedicated to the GTA’s of Herbert Schultze, bought the car at the circuit from Bernd Fischer. During his ownership, Mr Heine rebuilt the engine and kept the car in his collection until 2005 when it was sold, at which point it was still wearing its original competition livery.

The cars next owner was Mr Frank Strothe who embarked upon a mechanical restoration with Stein Sportwagenservice. Strothe competed with the car at various historic events across Europe, including Spa-Francorchamps, with Marcus Niestrath of Romeo Racing preparing the car. The fourth owner of 848003 was Mr Peter Praller who bought the car in 2012. Praller is best known for his company, Formula GT, and the superb engines they build for competition cars. Since taking ownership a few years later, the current owner has maintained the car regardless of cost at Formula GT in Munich, regularly participating in various historic competition events across Europe including Hockenheim and Monza.

The GTA is one of the most iconic racing cars of the 1960’s, experiencing huge success at International levels around the world, with only 501 examples built. As in period, the GTA is one of the most versatile competition cars, suitable for the Tour Auto, Spa 6 Hours or U2TC series, this car offers the next owner a fantastic opportunity to compete at a variety of events.